The Top 10 Things To Do And See In Zürich, Switzerland

Zürich is situated in north-central Switzerland and offers a range of entertaining activities. It is truly a city for every season and with its location on the tranquil Lake Zürich, visitors can enjoy a range of truly dazzling panoramas. The picturesque city possesses numerous historical sights, while continuing to adapt to modern necessities. Here we explore 10 of the best things to do in Zürich on your next visit. 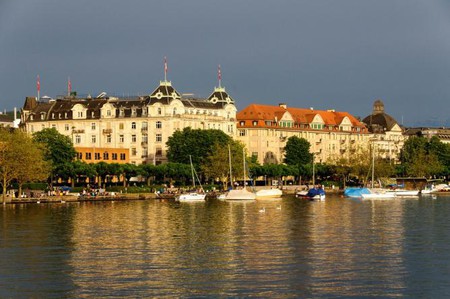 Zürich’s Opera House is situated on the beautiful Sechseläutenplatz and was built on the remains of the burnt down Aktientheater in 1891. Since 1925 it exclusively hosts a variety of musical events and concerts. The opera house is one of the world’s most renowned cultural venues and visitors can expect around 300 performances a year. The Philharmonia Zürich and the Zürich Opera Orchestra have gained a global reputation and perform at most events. The Swiss Opera House successfully combines outstanding classical performances and modern acts and the impressive interior is worth the visit alone.

Zürich’s renowned theater is considered one of the most important playhouses in the German-speaking world and was first constructed in 1892. In 1901 it was turned into a theater and gained a brilliant reputation after World War II, hosting plays by Frisch, Dürrenmatt and Zuckmayer. The so called Pfauenbühne (Peacock stage) seats 750 visitors and hosts plays ranging from classic Greek tragedies to modern dramas. In recent years new winds have swept through the building, which have earned it the title of Theater of the Year twice within the last few years. Zürich’s Schauspielhaus is a landmark in the world of theater and one of the city’s most important cultural sights.

Zürich’s scenic hill is located at 871 meters above sea level and offers the best view over the city and the surrounding region, from Lake Zürich to the Limmat Valley and even to the Alps. The Üetliberg can be accessed via train but it is also a favorite destination for hikes or bike trips. Two different paths lead away from the city and up the hill, and it is well worth making the journey by foot through Zürich’s tranquil forests. Visitors can climb the look-out tower or enjoy a drink at the Uto Kulm hotel, located on the top of the mountain. 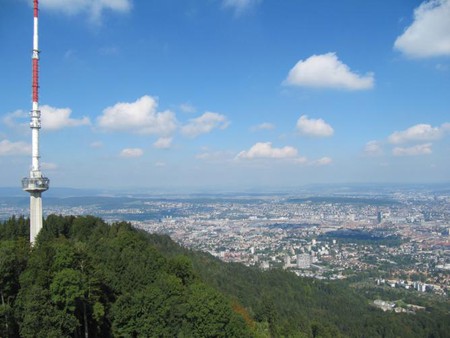 Jump aboard one of Zürich’s many river cruises, one of the best ways to marvel at the city’s stunning panorama. The cruises can last for several hours or additionally you can use the boat for short trips from one end of the city to the next, with the routes Bürkliplatz-Wollishofen and Bürkliplatz-Zürichhorn included in the public transport ticket. Most cruises depart from the busy Bürkliplatz or Zürich’s Landesmuseum. A variety of companies operate trips down the Western Limmat River, offering prime views of Zürich’s historic buildings and bridges, or across Lake Zürich to Rapperswil, a historic town near the lake’s south-eastern end. 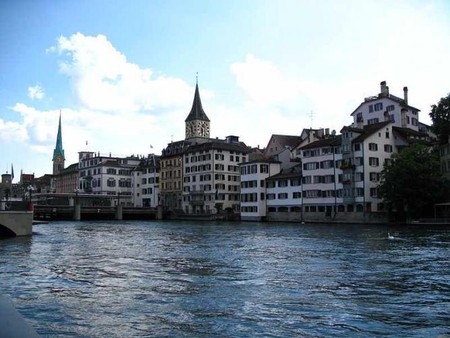 Museum
Facebook
Email
Twitter
Pinterest
Copy link
Share
Map View
Zürich is home to over 50 museums and 100 galleries. The most famous among them, the Kunsthaus or Museum of Art, offers one of the most incredible art collections in Europe. The museum first opened in 1910 and has since then exhibited works from the medieval period to contemporary times. Next to temporary displays it features the largest collection of Edvard Munch outside of Norway and an impressive range of works by Monet, Kokoschka, and Chagall. The impressive sandstone building is one of the city’s most important cultural institutions and a staple for art lovers.
Open In Google Maps
1 Heimplatz, Zürich, Zürich, 8001, Switzerland
+41442538484
Visit Website
Give us feedback 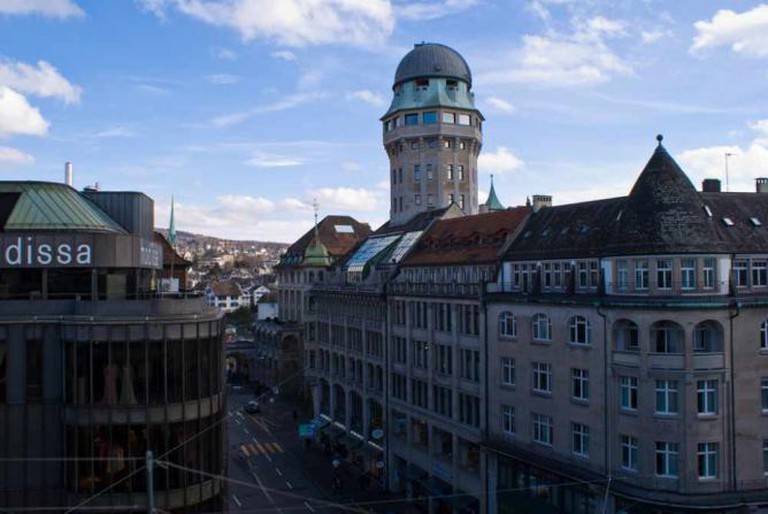 The Urania Observatory | © Clemens v. Vogelsang/Flickr
Make your way up this 157-foot tall building and enjoy a 360 degree panoramic view over Zürich. Visitors can enter the Jules Verne Bar through the French Brasserie Lipp downstairs and soar up to the scenic bar via the small elevator. Jules Verne Bar offers tasty drinks as well as a breath-taking view of Zürich city, the lake and the Alps. Grab a seat by the window and indulge in Zürich’s signature drink – the Aperol Spritz – while taking in the scenery.
Open In Google Maps
9 Uraniastrasse, Zürich, Zürich, 8001, Switzerland
+41438886667
Visit Website
Give us feedback

The stunning lake is perfect for a stroll year-round, thanks to its tranquil atmosphere. Small restaurants and cafes along the shore allow you to take a break and enjoy the views. Zürich Lake is also a popular bathing spot in the summer months. While you are not allowed to enter wherever you want, a variety of lakeside baths, or Strandbaeder, offer access to the cool water and plenty of sunbathing lawns. Visitors can also swim to a wooden island, anchored further out in the lake, and enjoy Zürich’s beautiful scenery. 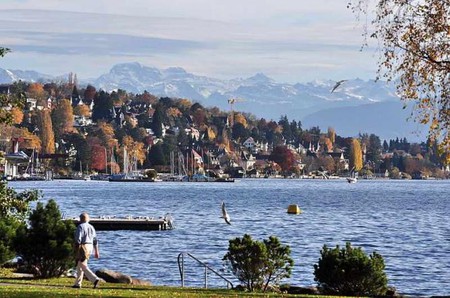 Legend has it that Charlemagne stumbled upon the graves of the Zürich’s patrons Felix and Regula and decided to erect the famous monastery on top of them. The Grossmünster’s twin towers, which often serve as the symbol of the city, offer a brilliant view over Zürich and nearby churches, such as the Fraumünster and the Peterskirche. Apart from a few colorful glass windows, the interior of the church is bare; instead, the focus is on its fascinating architectural structures. 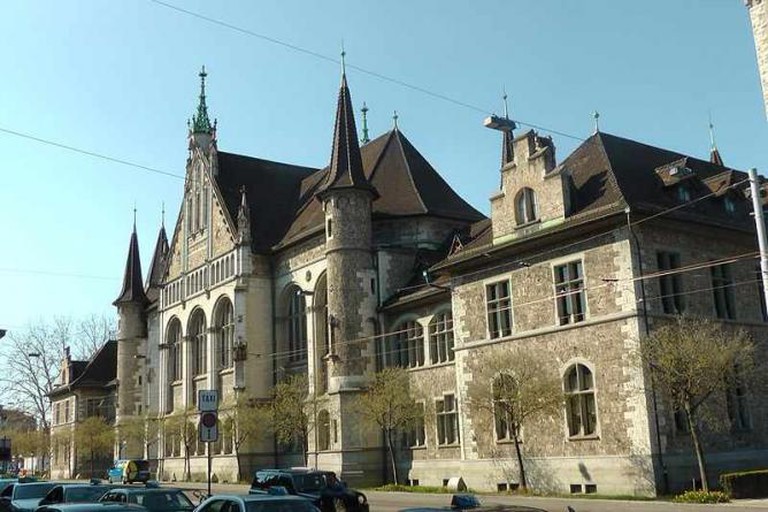 Swiss National Museum | © PersianDutchNetwork/WikiCommons
Book Now
Zürich’s National Museum was built in 1898 by Gustav Gull in the style of a Renaissance château. The fairytale-like castle houses the largest collection of cultural artifacts in the country and allows visitors to learn about Swiss heritage. The museum is located at the main railway station and offers exhibits ranging from prehistoric times to the 20th century. The displays include everyday as well as hand crafted objects from earlier periods. As well as its permanent exhibitions, it hosts special temporary displays which focus on socially relevant issues.
Open In Google Maps
2 Museumstrasse, Zürich, Zürich, 8001, Switzerland
+41442186511
Visit Website
Give us feedback

No visit to Zürich would be complete without a stroll through its Altstadt, or Old Town. The Old Town is home to a variety of cultural sights and architectural delights such as the Fraumünster Church and the Lindenhof. The medieval houses and cobbled streets take pedestrians back in time and allows them to experience Zürich’s history with every step they take. The old town is also filled with shops and a wide range of quality cafes and restaurants, where you can indulge in international and Swiss specialities. Visitors wishing to find out more are also able to take part in one of the many free walking tours, which provide further details on the historic quarter. 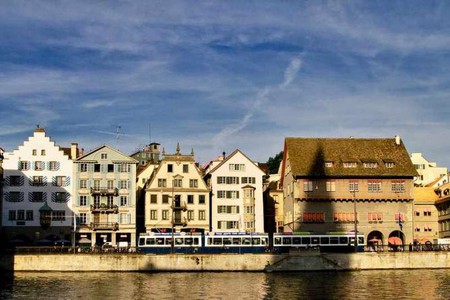