Swiss cuisine is about more than cheese and chocolate, and the gastronomic hotspot of Geneva is about to prove it. From fondue to load wines, you can get a real taste of Switzerland in this lakeside city. Here’s our top picks for tasting the local cuisine in Geneva. 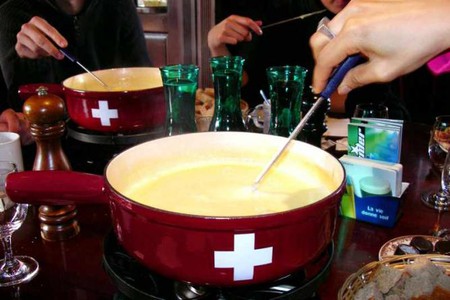 Geneva has hundreds of fondue vendors, and Café du Soleil proclaims that it serves the best. The restaurant is almost always full, so clearly the public agree. Similarly, it might well be the oldest restaurant in Geneva, having kept itself afloat for around 400 years. The menu has a good amount of variety, but the fondue is probably the best bet, a traditional meal served in a bustling, but sophisticated atmosphere.

Restaurant Les Armures has a lot going for it before you even begin to look at the menu. Located in the centuries-old Hôtel Les Armures, the restaurant terrace is nestled in the shadow of ancient buildings. The interior is classic and refined, and the bar is tiled with a mosaic pattern. The menu itself is long and traditional, packed with Swiss specialities. Fondue and raclette sit alongside rustic soups and pastas. The hotel and restaurant are some of the most popular in Geneva, and it’s not hard to see why. 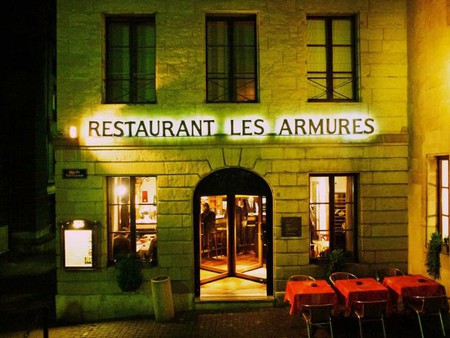 A lot of time has passed since 1808, but not in Café Papon. The restaurant claims to do their best to retain the spirit of the past, and they’ve done so particularly well. Café Papon faces la Promenade de la Treille, it’s in a perfect spot to look out over nature and urbanity coexisting. However, we all know that the food is the most important factor of a restaurant, and Café Papon doesn’t disappoint. The menu is tasty and cooked attentively, with a wine selection that’s heavily slanted towards Genevan vineyards. This is definitely not to be missed.

Le Gruyérien‘s menu is dedicated to one thing: cheese. The menu is small, with a selection of a few fondues, some other cheese dishes, and a handful of meat dishes. However, the small menu has allowed Le Gruyérien to hone the dishes down to a fine art. The restaurant is filled with the smell of melting cheese, and has a lovely traditional atmosphere. Some tables are quite close together, but we think that this just adds to the charm of the place. 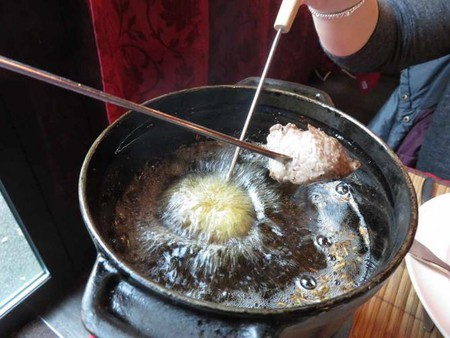 There’s no denying that the clientèle here is skewed towards tourists, with its chalet decoration and live yodelling, but the food and ambience makes it feel like more than a mere tourist trap. Plating up an extremely traditional menu in an alpine setting, this hotel restaurant has live music that is fun and lively, but almost as cheesy as the fondue. Restaurant Edelweiss is a good choice as long as you go into it with a good attitude.