The Best Day Trips to Take from Zurich 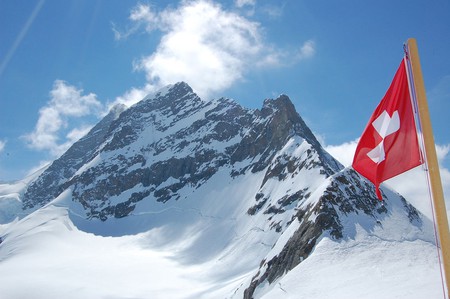 The Jungfraujoch, visit the Top of Europe from Zurich | © edwin.11 / WikiCommons

Nature, culture and adventure awaits you in central Switzerland, and it’s all within a day’s reach of Zurich. Find all of the above and much more on the best day trips from Zurich.

Take a trip to Europe’s largest waterfall, carved out thousands of years ago by the mighty Rhine River. Spanning 150 metres, the waterfall is a froth of white, foamy water which you can get up close to on a boat tour. You can also admire it from one of the many vantage points on either side of the river. May or June is one the best times to visit as the volume of water pouring over the falls peaks, making this spectacle of nature even more special. 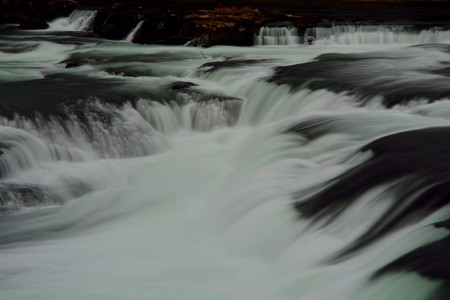 Not far from Zurich is the picturesque town of Lucerne, where you’ll probably want to end up staying a while longer. Sitting on a lake of the same name, Lucerne is blessed with exquisite views of the mountains of central Switzerland. The city seamlessly blends history with modernity, as its new buildings are some of the most modern and futuristic in the country. Meanwhile, it is also home to the Chapel Bridge, considered to be one of the oldest covered bridges in Europe. A walking tour is the best way to uncover the gems that the city keeps hidden. 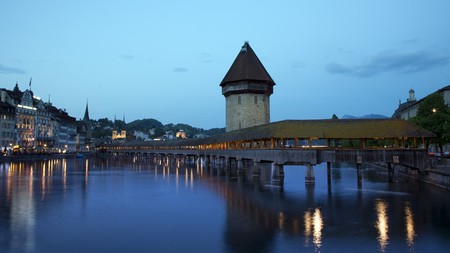 Liechenstein, one of Europe’s smallest countries, is only two hours from Zurich by train. Its tiny size makes it perfect to explore on a day trip. Steeped in history, this small landlocked territory is packed with history and the capital of Vaduz won’t disappoint. A notable sight is the spectacular Vaduz Castle, the official royal residence, which stands watch over the city from a high perch.

Along the upper end of Lake Zurich is Rapperswil, the town of roses. Roses feature on the town’s coat of arms and are dotted all around almost every public space, adding bursts of colour to an already delightful medieval town. Take a stroll along the promenade and visit the historic old town, which is a protected area and well-preserved, or between June and October explore the three rose gardens which are packed with over 15,000 roses between them. 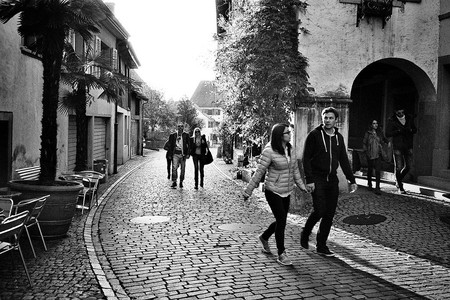 A journey of under two hours takes you to the small town of Endelberg, in the shadow of the eternally snow-clad Mount Titlis. From there, on a revolving cable car ride, you can enjoy the full majesty of the Swiss Alps to the top of Titlis, which stands at 3,238 meters above sea level. From the top, the Ice Flyer chairlift skirts you across to the Glacier Park, with panoramic views of snowy peaks all around. To truly experience the Swiss Alps, a visit to Mount Titlis is a must. 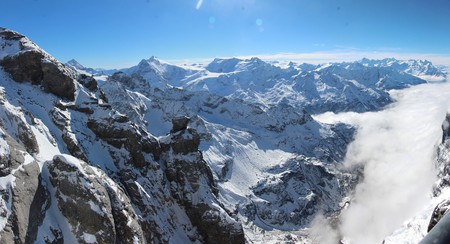 Breathe in the purest air at the Jungfraujoch, otherwise known as the Top of Europe. To get there is an adventure in itself, as a cog wheel train trundles through a land of ice and snow, before passing through a seven kilometre tunnel that brings you to the highest rail station in Europe, standing at a shiver inducing 3,454 meters. From the Jungfraujoch, the Sphinx observatory offers 360 degree views, including the massive Aletsch glacier that creeps into the distance.

The largest indoor water park in Europe is in the Swiss canton of Schywz, a short trip from Zurich. Alpamare has 11 water slides, measuring an impressive 1,800 meters in total, ensuring kids will have plenty to keep them occupied. Thermal baths and almost every type of sauna you can imagine (Bio-Sauna, Finnish Sauna and more) at the wellness centre offer a little more relaxation amidst all the madness. If you need a change in tone from all the mountain exploring, you’ll find it here.