The Best Books by Hermann Hesse You Should Read

Born in Germany in 1877, this Swiss poet, painter, and novelist, earned himself international fame through his stunning novels. Hesse’s time spent working in a bookshop specializing in theology developed him both artistically and spiritually and his work is replete with philosophical musings and theological significance. In recognition of the depth and power of Hesse’s writing he was awarded the 1946 Nobel Prize for Literature. Hermann Hesse retains a vast cult following to this day. 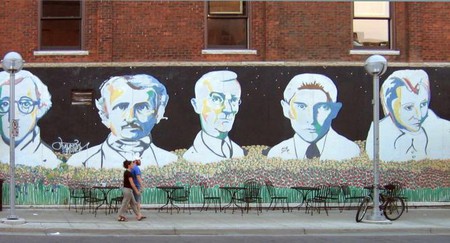 Peter Camenzind, published in 1904, was Hesse’s first major novel. Released at a time when Germany was undergoing much technological and economic change, the novel inspired many young Germans with its concept of a more natural way of living. It follows the story of a young man growing up in times of hardship and his spiritual journey along the way. The novel’s juxtaposition of natural and modern ways of life conveys powerful themes. The brutal, yet poetic, honesty of Peter Camenzins‘s depictions of humanity, at both its dazzling heights, and its repulsive lows, have ensured the novel’s timeless resonance. 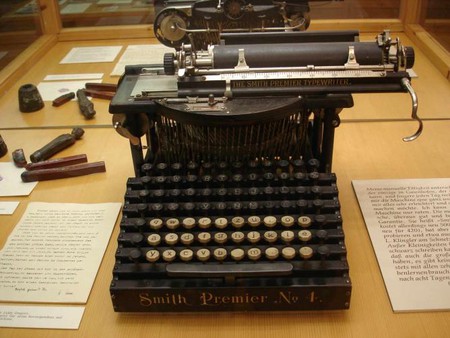 Hermann Hesse’s typewriter, on display in the Gaienhofen Museum | © Thomoesch/WikiCommons

Hesse’s 1919 novel, Demian, was heavily influenced by the author’s interest in psychoanalysis. The story revolves around the struggle of Emil Sinclair, the novel’s protagonist, between two worlds: that of superficiality and illusion, and that of spiritual truth and reality. Hesse himself underwent psychoanalysis from the notorious Carl Jung, and Demian is replete with Jungian and Freudian symbolism, particularly the conflict between a young man’s desires and strict morals laid down by parental figures. At the time, its theme of robbing of youthful innocence had a powerful effect on young men returning from the First World War bearing the physical and psychological scars of war and still now the novel’s psychological exploration holds fascination for many.

Hesse’s 1922 novel, Siddhartha, is widely considered to be his masterpiece. From a young age the author was influenced by Indian and Buddhist philosophies as both his parents performed missionary work in India. Set in India, Siddhartha bears the mark of this and attests to Hesse’s passion for Buddhist philosophy and Indian culture. Through the protagonist’s quest for enlightenment, by means of human experience, Hesse succeeds in portraying his crucial theme of embracing individual differences. The simplicity yet lyrical nature of its language gives Siddhartha deeply moving dimensions that have struck a chord will many over the years. 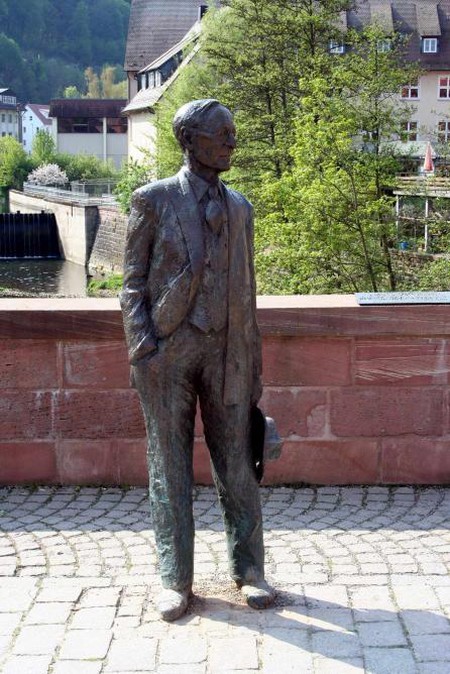 A statue of Hermann Hesse in Calw | © MSeses/WikiCommons

Steppenwolf, published 1927, contains themes of isolation and romanticized depictions of distance from conventional society. These have made Hesse’s novel a compelling attack on bourgeois values. The main character’s death-like existence, as well as the acute descriptions of isolation in the novel, give Steppenwolf great intensity. Drawing from personal experience, the emotion of the novel is painfully accurate as Hesse often felt himself isolated from society. He was placed in a mental institution and even, in a moment of despair, attempted suicide. The message that if we fail to continue exploring our own identities, then we fall short of enlightenment and fail as human beings, is expressed with hauntingly poetic imagery. 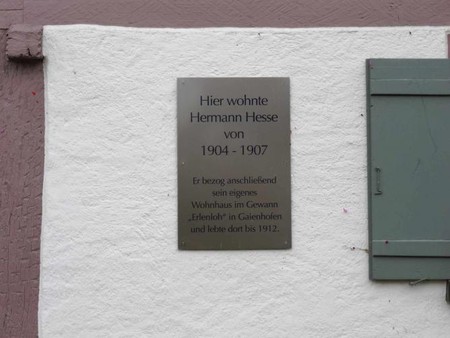 Hesse’s Narcissus and Goldmund was first published in 1930 and is one of his most famous philosophical explorations. The two main characters of the novel’s title reflect two different paths of life: the religious and the artistic. Analyzing the vices and virtues of both, Hesse makes profound reflections on the human character, which remain relevant to this day. Hesse was known as a solitary man, fond of long walks and devoted to artistic self-exploration – a fact which is strongly reflected in Narcissus and Goldmund.

The Glass Bead Game, his last major project, was published in 1943. The novel centers around the power of meditation and the human spirit and acted as an inspirational influence on generations of Germans craving change and an improvement to the social order. The novel’s context, in the time of trouble in Germany during the aftermath of the Second World War, was very influential on its writing and the prevailing German sentiment of the time of shame towards their motherland emerges prominently as a theme.