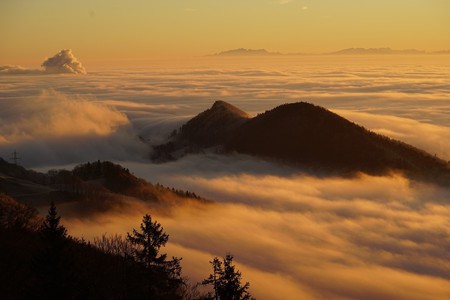 A monster lurks in the Alps. Half-cat, half-serpent, the Tatzelwurm (or claw worm) is a legendary beast that lurks in the mountains, preying on animals and scaring the wits out of hapless locals. Join us as we unravel the tale of this mysterious creature.

One of the first stories on the Tatzelwurm-like creature is that of Heinrich von Winkelried, a convicted criminal who squared off against a dragon-like serpent that was in the midst of terrorizing the village of Unterwalden on Mount Pilatus during the 14th century. Von Winkelried fought the beast, in exchange for his freedom of course, and duly dispatched it as any proper Swiss man would. Unfortunately for him, he celebrated by raising his sword high, letting a drop of the creature’s blood fall. The drop is said to have killed him instantly when it touched his skin.

Hans Fuchs also had the misfortune of being one of the first modern victims of the Tatzelwurm. While walking in the mountains one day in 1779, Fuchs was startled by two bizarre creatures. Shaken to the core, Fuchs is said to have charged home to tell his family about the incident. He subsequently died of a heart attack. But before dying out of fright, Fuchs described the creature as between five and seven feet in length, with a winding, serpent-like body, two clawed front legs and a cat-like head. 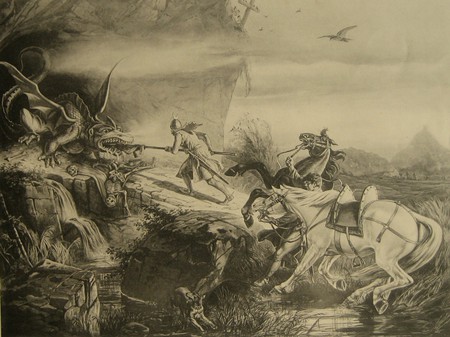 Belief in the Tatzelwurm struck a chord with the people of the Alps. It’s not a story that’s confined to Switzerland either. The beast has seemingly popped up in Italy, Germany and Austria. The legend of the Tazelwurm seemed to have become an established fact in the 19th century, despite the evidence of its existence being based on little actual evidence. The waters were muddied further when one man claimed to have found the dead body of a Tatzelwurm. Rather suspiciously, the body was apparently eaten along the way by crows, making its identification a little difficult.

According to Cryptid Wiki (a website devoted to such bizarre creatures), the Tatzelwurm appeared in a Bavarian hunting manual named New Pocket Guild of the Year 1836 for Nature, Forest and Hunting Enthusiasts, enshrining its place in folklore as an unproven fact.

In 1954, a Swiss photographer sparked renewed interest in the Tatzelwurm when he claimed to have snapped a photo of the elusive creature, prompting a search for it. As you might expect, this venture turned up nothing more than disappointment. You’d think the story would slip back into legend and eventually disappear.

But since then, there have been other sightings, many of them deemed hoaxes. Stories have persisted, some claiming the Tatzelwurm is capable of leaping nine feet in the air and others claiming that it spouts green blood when attacked. Most recently in 2009, a sighting of a Tatzelwurm-like creature in Treviso, Italy, was chalked up to nothing more than a few escaped monitor lizards.

Whenever and wherever it pops up, the Tatzelwurm has been disregarded and the reports largely discredited. But like the legend of Nessie, this seems to have done nothing to kill off the idea that at this moment in time, somewhere hidden in lost valleys or gloomy caves, there is a grotesque killer monster lurking in the Alps.