How Switzerland's 'Stick War' Changed the Course of a Nation 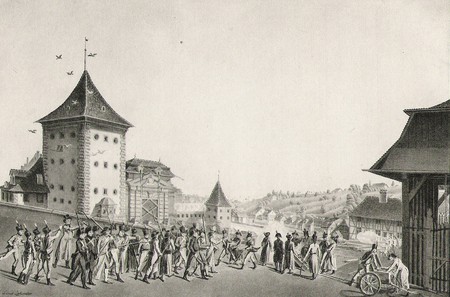 Fighting a war with sticks in the 19th century certainly sounds like a daunting prospect. Yet that’s exactly what the Swiss did back in 1802, and on top of that they won. This is the story of how a poorly armed rebellion changed the course of a nation, helping shape Switzerland into the country it is today.

It all started when Europe’s favourite bad guy, Napoleon, decided to shake things up in Switzerland. Napoleon’s ideas and the ideals of the French Revolution had been warmly received by many in Switzerland. At that time, the country was organized into 13 cantons. In January 1798, rebellion began in Switzerland. On January 17, a liberty tree went up in Basel, sparking similar displays across the country. Soon after, an uprising against the Bernese began in today’s canton of Vaud.

After assisting the Vaudois against Bern and soundly defeating them at the battle of Grauholz, Napoleon’s troops swarmed across Switzerland, abolishing the old confederate system of government and establishing the centralized Helvetic Republic, with its capital in Aarau. 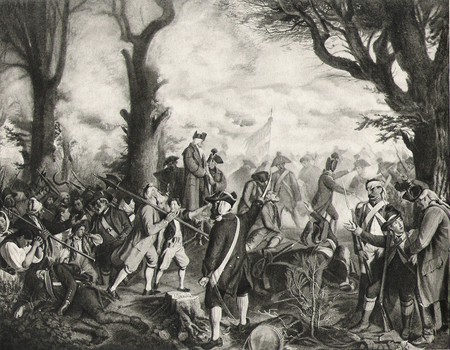 The French defeated Bernese forces at the battle of Grauholz in 1798, opening the way for the birth of the Helvetic Republic | Public Domain/ Wikicommons

Napoleon’s new Republic, complete with a garishly designed flag, didn’t sit well with everyone in Switzerland, particularly those who had held power under the old federal system. In an effort to quell the thought of rebellion among the Swiss, Napoleon confiscated weapons before his army left the country in the summer of 1802.

The departure of Napoleon’s troops only emboldened the federalist agitators, who identified strongly with their canton and were staunchly against a centralized government. Rebels from the cantons of Bern and Zurich, as well as a mostly rural host from the cantons of Aargau and Solothurn, launched an assault on the forces of the Helvetic Republic. Initially some of the rebels were armed only with makeshift wooden clubs, earning the brief war the name Stecklikrieg, which means “War of Sticks.” 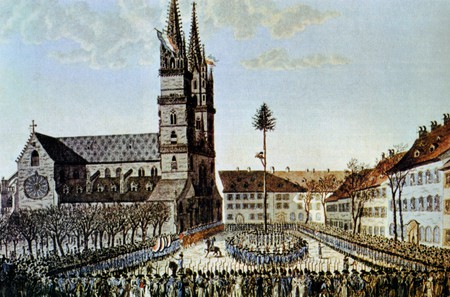 Unable to withstand the pressure from the rebels, the Helvetic Republic came crashing down after only a few months of fighting. Fearing that the rebellion would spread beyond Switzerland’s borders, Napoleon struck an agreement with the rebels, called the Act of Mediation, which granted several concessions, including a return to a federalist system that saw 19 autonomous cantons formed. Under the Act, Napoleon and France remained as Médiateur de la Confédération Suisse, ensuring that the country remained under his influence.

Despite the fact that Napoleon retained a grip over Switzerland, the Act is often regarded as the birth date of the modern Swiss political system. Several years later, Switzerland would see itself become a neutral state at the Congress of Vienna. To an extent, however, its cantonal-based, federal system, which we still see today, exists because of a war that was, in part, won with a bunch of sticks.