Hodler And Giacometti: Representing The Soul Of Switzerland

At the turn of the century, rapid industrialisation, relative wealth, and its neutral stance in the First World War made Switzerland an attractive refuge for artists. Meanwhile, the country’s proximity to grand European capitals meant that many Swiss artists journeyed abroad to work amongst the frenzy of artistic activity to be experienced elsewhere. This cross-border dialogue of cultural figures was instrumental in the forming of Switzerland’s artistic identity, and inspired the work of Swiss masters such as Ferdinand Hodler and Alberto Giacometti. 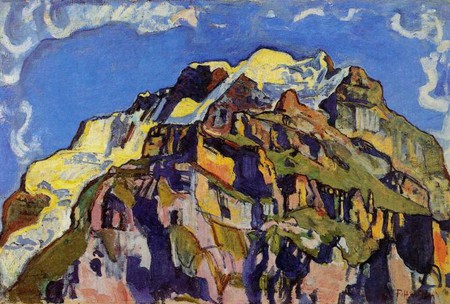 As a trilingual nation bordering Germany, France and Italy, the artistic output of Switzerland has historically reflected the trends and movements of its neighbours, but maintains its own cultural voice. During the later part of the 19th century, rapid development made it the second-most industrialised and economically stable country in Europe, establishing it an appealing centre for artistic fermentation. Not only did Switzerland find inspiration from its multicultural neighbours, but the country’s neutrality encouraged an influx of artists and intellectuals during the period of the First World War, giving birth to movements such as Dada in 1916.

Just as Switzerland’s community of exiled artists artists grew during the early part of the 20th century, many Swiss artists preferred to work abroad, feeling a particular isolation in their own country. The resulting cross-border exchange between Swiss and other European artists inside and outside of Switzerland proved paramount to the development country’s artistic identity.

Ferdinand Hodler (1853-1918) and Alberto Giacometti (1901-1966) are two such influential figures who have helped to characterise Swiss art in this way. Hodler is perhaps the most important painter of the late 19th/early 20th century. As one of the few recognised Swiss artists to reside in his country of origin, his reputation was not as far reaching as that of artists from larger European capitals. He did however establish a strong reputation for himself in early 20th century Europe and exhibited internationally in places such as Paris and Berlin. He would also become associated with the Vienna Secession founded by, among others, Gustav Klimt, and this would prove his most significant relationship. 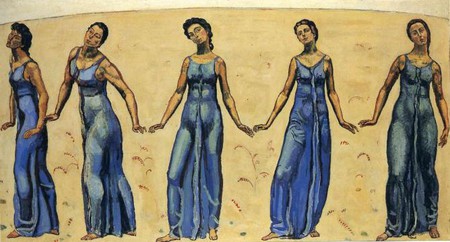 Not only does Hodler’s style demonstrate the transition from 19th-century realism to a modernist pictorial language, but the symbolism of the Viennese artists permeates his work. In one of his most famous paintings titled View to Infinity, five dark-haired female figures dominate the composition. Each wears a long indigo dress, which clings to her ideally formed body as in the Nike of Samothrace. These kinds of figures see similarities in Klimt’s ornate, monumental friezes of the same period.

Hodler’s large-scale figure paintings have a very public presence in Switzerland, adorning the hallways of the country’s major buildings. Beyond these, the artist was known for his history paintings and his depictions of the Swiss landscape. His landscape scenes are potent representations of the country’s mountainous countryside, though re-envisioned through Hodler’s prismatic lens. Alpine panoramas are not shown through traditional atmospheric perspective, but with mountain peaks articulated with sharp crags in deep blue, and areas of light shown in warm, golden hues. In this way, he expresses the essence of the landscape, communicating to the viewer the heart of the Swiss terrain. 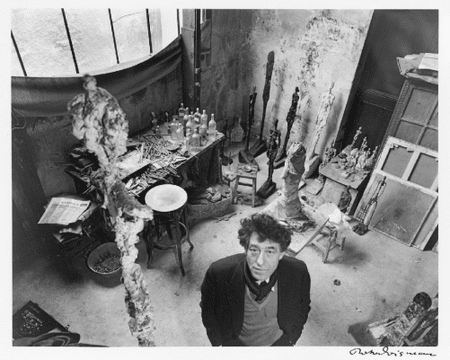 Alberto Giacometti was likewise preoccupied with rendering the essence of his subjects, but to a greater degree than Hodler. A sculptor, painter, draughtsman and printmaker, Giacometti, who spent his career in Paris, is most noted for his elongated, anthropomorphic sculptures. His works resist a sense of permanence; they do not have strong lines that define their perimeters, but rather bear the evidence of shifting form. This is because Giacometti did not concern himself with representing form as it is commonly understood, but with demonstrating his sense, or perception of form. In this way his works abstain from representation because they aim to capture one’s experience of a physical being, and not an actual concrete embodiment. Yet he felt a constant failure to recreate exactly what he existed in his mind, stating that he could only ever relay a pale image of what he saw.

Although he refrains from simple categorisation, Giacometti has been associated with the Surrealist movement – from which he was eventually expelled – and reflects the existentialist sentiment that modern life is an empty existence. Giacometti went through a restless period of intense experimentation but maintained a lifelong fascination with the human head. It can be argued that it is within these depictions that one can see most clearly what he felt to be the soul of the modern age. 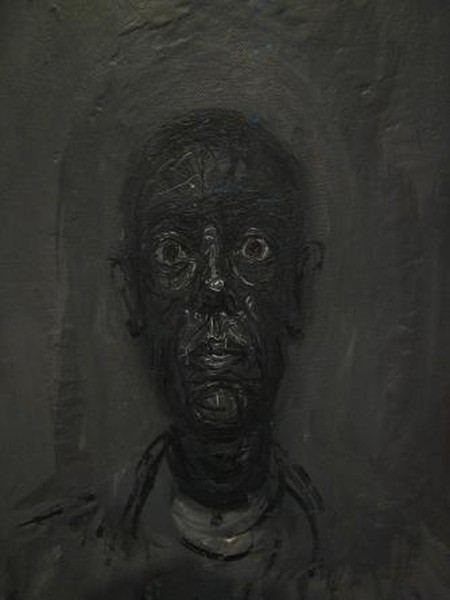 One such painting, Head of Diego (1961), done of his brother Diego Giacometti, a frequent model for the artist, shows the inward looking, hollow stare that pervades his many portraits. The intensity of the head is heightened by the darkness of the background. As one of his later works, the artist had, by this time, reached a new level of depth in his depictions, and this is evidenced in the bleak, lonely gaze of the figure.

Although Hodler and Giacometti represent two different generations of artistic innovation as well as highly individual perspectives, each has come to be seen as a voice of this often overlooked country. Switzerland decided to honour these artist by featuring either artist’s work on their currency at one time or another. This is not only a testament to the level of esteem the country has for these figures, but also a statement about the high regard that Switzerland has for its culture.