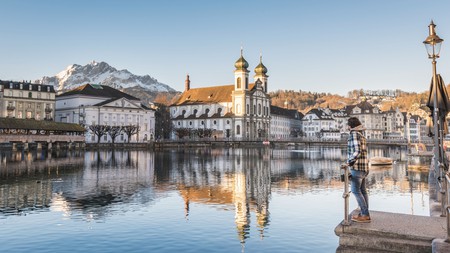 From the days of the Romans, when vineyards were first cultivated; to the curiously named Affair of the Sausages which sparked a religious schism across the entire country, Switzerland would not be what it is today without these moments. Read on to discover 12 events that shaped Switzerland and its place in the world.

On Swiss coins today you’ll see the word Helvetica or CH (Confederation Helvetique). This alludes to the Helvetians, a celtic tribe who settled in Switzerland around 500 BC and came to rule over most of the country. The first settlements go way back to 350,000 BC, but the Helvetians provided the first foundation myths. During the first century B.C, the Romans arrived and Julius Caesar waged a successful campaign to subjugate the tribes.

Switzerland’s big on its wine, it’s just not big on sharing it. It is likely the Swiss owe their love affair with the bottle to the same Celts who gave their country its Latin name. The first bottle of wine dates back to around 150 BC. But the moment that changed history was when the first intrepid Romans ventured into the land, bringing with them plenty more grapes to plant and cultivate. The famous Lavaux vineyards of today were believed to have been used even during Roman times. 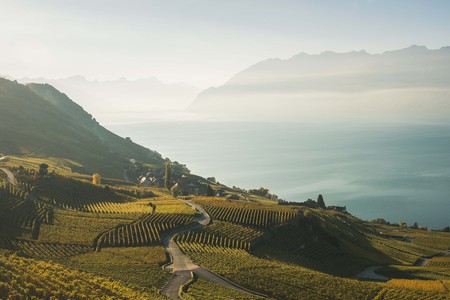 1291 – Towards a Swiss Confederacy

On August 1st, 1291 three Swiss cantons came together in an effort to overthrow the Habsburg yoke. In doing so they formed the very first Swiss confederacy, way before it was cool to be part of a confederacy. It kicked off in central Switzerland and grew so popular that the cantons across the north and south wanted in on the federal action. This happy(ish) system lasted for several centuries until 1798 when Napoleon’s army’s sparked a revolution and brought the confederation crashing down upon itself.

No, this wasn’t a delicatessen deal gone bad, The Affair of the Sausages was the spark that ignited the Protestant Reformation in Switzerland. The teachings, and preachings, of Luther had divided Europe in the 16th century. In Switzerland, true to proper Swiss-German stereotypes, everything began in 1522 when Huldrych Zwingli, a pastor of the Grossmünster in Zurich, criticised the practice of fasting during Lent when a friend was accused of heresy for chowing down on some fine pork for supper. Zwingli suggested that if the people wanted to eat sausages, they should; after all as Luther had said, it wasn’t prohibited in the Bible. So began a division that split Switzerland, causing civil war that would lead to the country becoming a bastion of the Reformation during one of the most tumultuous times in European history. And it all began with sausages!

Between the formation of the Confederacy and the invasion of Napoleon’s revolutionary forces a rather important treaty was signed. The Treaty of Westphalia ensured Switzerland legal independence from the Holy Roman Empire. It was already really independent for several decades, but this is Switzerland.

It’s undecided when, and where, cheese fondue first started being eaten and by who. But the first recipe dates back to 1699 and was found in a book published in Zurich. Regardless of the where and who, cheese fondue would become the world-renowned symbol of Switzerland much later, bringing in tourists by the plane load and giving farmers something to do with all that Gruyère. 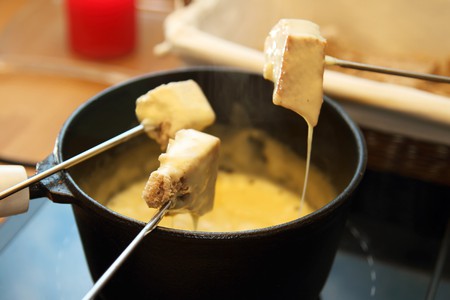 At the Congress of Vienna the Treaty of Paris included a clause (snappily entitled the Act on the Neutrality of Switzerland) that kicked off the state’s famously neutral standing. Switzerland had technically been a neutral independent state since the 1648 Treaty of Westphalia, but Napoleon had put an end to that when his puppet state, the Helvetic Republic, joined forces with the French. Since 1815 Switzerland has kept its neutral stance. Neutral shouldn’t be confused with pacifist, as the country still has an army.

Although it had become a confederacy long before, Switzerland was not a true federal state until the 12th September 1848, when the Swiss constitution was signed into power. The move was a response to the Sonderbundskrieg, a brief outburst of civil war between Catholics and Protestants. It granted citizens both Swiss and cantonal citizenship.

Switzerland has given the world many things which we use every single day, but few speak more of the country’s neutralist ideals than the Red Cross. The International Red Cross and Red Crescent Movement began not long after Henry Dunant, a well to do businessman, went off to find Napoleon III to complain about not being able to break the French Algerian market. Along the way he stumbled upon the catastrophic aftermath of the battle of Solferino, where 40,000 men had died or been left out on the battlefield, gravely wounded. Dunant, stricken by the sight, returned to Geneva and founded the ICRC, beginning an international movement and setting Switzerland, and Geneva in particular, off on a path as host to some of the world’s main humanitarian agencies. 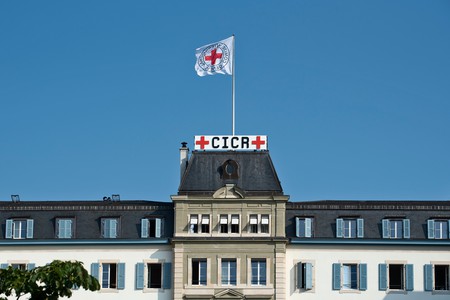 Some would argue this a crucial moment in Swiss history. When Daniel Peter, a chocolatier, mixed powdered milk with chocolate he of course made milk chocolate. He would go on to join forces with Henri Nestlé and sell his product. Over the following years other Swiss chocolatiers, like Rodolphe Lindt, would tinker to make Switzerland into what is known as today; the world’s best chocolate maker.

Let’s be honest, when you think of Switzerland one of the first things that pops into your head is a Swiss bank account, probably followed by “how do I get one?”. The Banking Secrecy Act of 1934 brought the world numbered bank accounts, and account holder anonymity (protected by criminalizing any breach of the law). And so Switzerland’s love affair with, some would say dirty, money was enshrined in law.

It may be surprising to hear that women have only been able to vote in the last 50 years in Switzerland. But the Swiss were extremely late to the game, not to mention reluctant. They were one of the last countries in Europe to grant women the vote (Liechenstein’s men held on against the tide of equality until 1984). Four years later a referendum was held which granted women legal equality with men in marriage. After a previous referendum in 1959, where 64 percent of Swiss men decided women weren’t quite ready to vote, a little leeway had been found in some cantons allowing women to participate in local referendums. The tiny canton of Appenzell Innerrhoden earns the rather undesirable title of most sexist canton in Switzerland as it only gave women the vote after it was forced to do so in 1991. Today, Switzerland still ranks poorly on gender rights (and has been roundly criticised by the UN) and despite some progress women still face deeply entrenched sexism, be that in the workplace or at home. Suffrage was a start and it was a moment that continues to change Switzerland to this very day.