Why You Should Visit Uppsala at Least Once 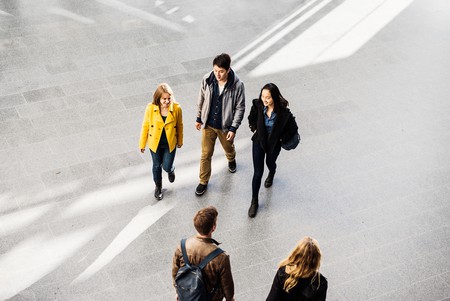 There are plenty of reasons to visit Uppsala once, and plenty more reasons to visit it over and over again. At its core, Uppsala is a university town, which makes it particularly friendly to outsiders. Originally known as Östra Aros, it’s also one of Sweden’s oldest cities, and it’s the fourth-largest settlement in the country. So why visit? Here are just a few reasons why it should be at the top of your travel wish list.

Founded in 1477, Uppsala University is the oldest university in Sweden, and indeed the oldest in all of Scandinavia. It’s home to 40,000 students, which is nearly a third of Uppsala’s total population of around 150,000. This means that the university is the pulsing heart of the town, bringing loads of energy and a whole lot of brains. There’s also the Swedish University of Agricultural Sciences, which focusses on issues surrounding biological resources and production. And for the youngsters, the International English School is one of the finest international schools in the country. 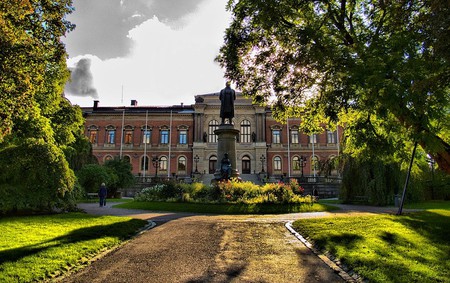 It’s hard to miss Uppsala Cathedral, which dominates the city’s skyline. Dating back to the 13th century, it’s the largest and tallest cathedral in Scandinavia and is a royal burial site, with King Johan III and Gustav Vasa among the monarchs buried here. Famed scientists Olof Runback and Carl Linnaeus also rest here, and while burials at the cathedral ended in the 18th century, an exception was made for Archbishop and Nobel Peace Prize Laureate Nathan Söderblom, who was interred at the cathedral in 1931. It is also home to Queen Margareta’s famed golden dress, which is the world’s only preserved evening gown from the Middle Ages. The Sture Clothes – the only complete collection of surviving renaissance menswear – are also found here. 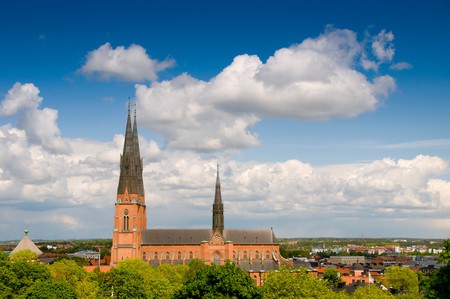 Uppsala is blessed with some great outdoor spaces, such as City Park, the Botanical Gardens (home to a 200-year-old orangery and the only rainforest in Uppsala) and Granby Garden. And once you leave the city limits, you’re in a natural paradise. You can explore the myriad trails and walking paths on foot or by bike, with Årummet, Upplandsleden, the Linnaeus Trails and Gula Stigen just a few of the great ones waiting for you. There are also open-air recreation areas such as Sunnersta and Fjällnora. And if kayaking or canoeing are the sports for you, the river is ideal, as is the Kolarmoraån canoe trail. Winter sports such as skating and skiing are also easily accessed from the city. 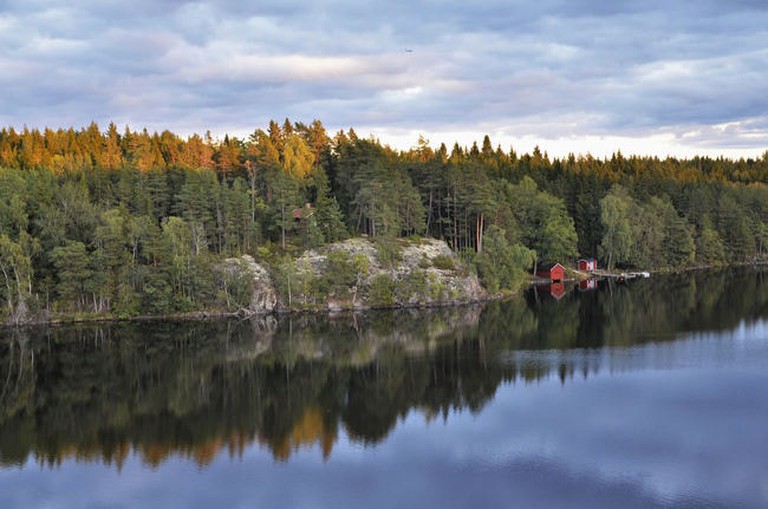 Flogsta is the heart of the international student scene, with 12 massive buildings in the neighbourhood filled with students from the university (as well as some locals). This is where you’ll find some of the best parties in the city, and it’s where the legendary Flogsta screams are heard each night at 10pm, when students open their windows and scream at the top of their lungs into the night air to let off the frustration of their studies. Beer is cheap in this neighbourhood, which is an added bonus. 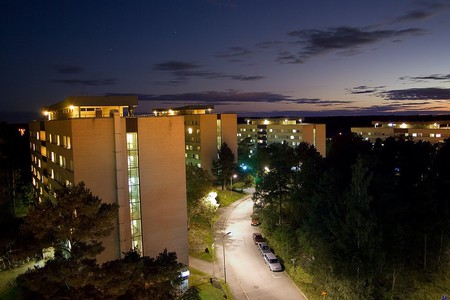 Uppsala has been a hotbed of scientific innovation for a long time. Natural scientist Anders Celsius, who invented the Celsius temperature scale and thermometer, was born here in 1701. Oddly, Celsius was primarily an astronomer, and he reinvigorated the discipline during the 1700s, building an observatory in 1741 that can still be seen on Svärtbäckgatan. Another great scientific mind connected with Uppsala is of course Carl Linnaeus, the botanist, zoologist and physician who formalised the modern system of naming organisms, called binomial nomenclature. Essentially this means that the Latin names for everything you see in the natural world were assigned by Linnaeus, which is quite the legacy. Science continues to play a big role at the university and in the town. 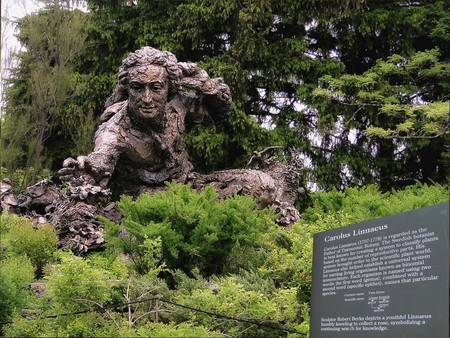 Uppsala is the setting for the Pelle series of books, Gösta Knutsson’s 12 classic stories about a cat named Pelle Svanlös (‘Pelle No-Tail’), which were published between 1939 and 1972. The books, which are very well loved by Swedes, follow the lovable cat’s adventures in Uppsala, and you can take a guided tour of famous spots from the book in the city today. You can also visit Pelleparken, a park featuring slides, swings and even a carousel, within the Engelska Parken (‘English park’). 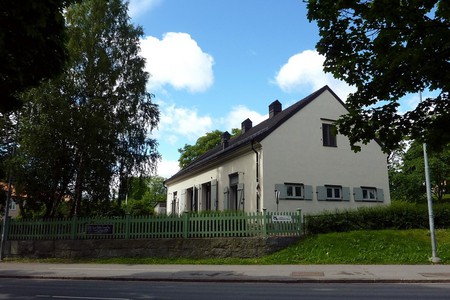 The house of Sweden’s most famous cat, Pelle Svanlös | Courtesy of travel.domnik

Fyrisbiografen, which opened in 1911, is one of the oldest movie theatres in Sweden, and is known for showing artsy films from around the globe. Although small in size, the theatre packs a big punch with its focus on films that veer far away from the standard Hollywood fare. This is indie film paradise, and while all films are subtitled in Swedish, there’s not a dub in sight, allowing you to experience original films in all their glory. 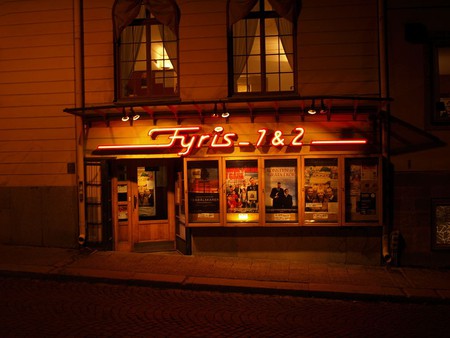 Located about four kilometres (two miles) from Uppsala is Gamla Uppsala (‘Old Uppsala’), a treasure trove of Viking history. Here, you’ll find more than 300 burial mounds, as well as the ancient Gamla Uppsala Church and the Gamla Uppsala Museum, a must for history and archaeology buffs. Learn about the Svea kings, Norse gods and human sacrifices, then explore the ruins of Uppsala’s first cathedral, which dates back to the 12th century. 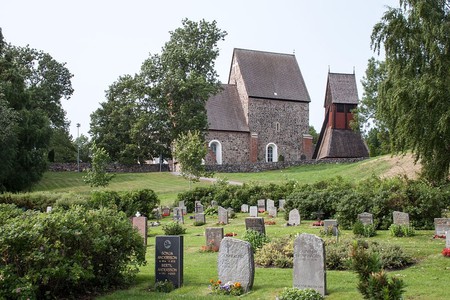 If you’re a student in Uppsala, you will more than likely attend what is called a gasque, a formal student dinner that features old Scandinavian traditions such as singing, cheering, toasting and plenty of drinking. When you are first seated at a gasque, you will be greeted by a beer, a glass of wine, two shots of schnapps, a glass of whiskey and some vodka. This is prior to dinner being served, and well before the legendary gasque after-parties.

Nations are the oldest student societies in Sweden, dating back nearly 400 years, and in Uppsala you’ll find 13, each named after a Swedish province. As a student in Uppsala, you enrol in the nation from your province. If you’re international (and Uppsala is nothing if not international) you can choose a nation based on pretty much anything you like, which usually comes down to who has the best parties, the best clubs (each nation has a designated nightclub), the best pubs and the best gasques. 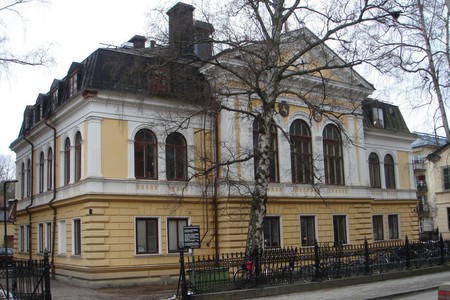