Photo courtesy of Oaxen Krog
Stockholm, and Sweden in general, has come a long way when it comes to developing a thriving food scene. What was once dominated by heavy cream and dill has now embraced the past with modern interpretations, and gone decidedly local. There are currently nine restaurants in Stockholm with at least one Michelin star and, while they all have their own unique spin on gastronomy, they’re all worth a visit.
Oaxen Krog
Bistro, Restaurant, Contemporary, Swedish, Northern European, $$$$ 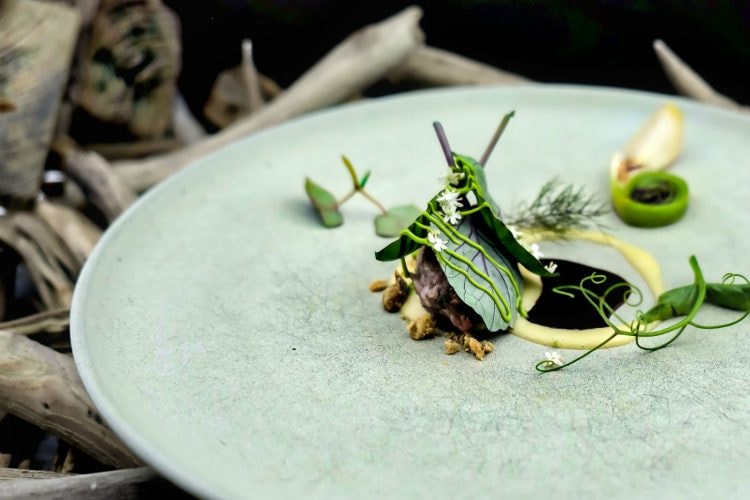 Once located on the island of the same name, Oaxen is now found in a funky, old industrial quarter overlooking the water on the island of Djurgården. Based on traditional cooking methods and with a strong commitment to local produce, the food is innovative and what ends up on the plate is characterised by sustainable agriculture. The fact that the restaurant is charm personified just adds to the allure.
More Info
26 Beckholmsvägen, Östermalm, Stockholm, Stockholms län, 115 21, Sweden
+46855153105
Visit website

Dinner
Imouto
Restaurant, Sushi, Vegetarian, $$$$$
This intimate sushi restaurant has just nine seats and, in order to secure a table, you need to book about two months in advance. Is it worth it? Absolutely. This is sushi of the highest quality and uses the ‘Chef’s table’ concept, where you put your trust in the hands of the chef, allowing them to take full responsibility over choosing your menu. It’s a gastronomic delight and, if you can book a table, definitely put it on the calendar for your visit to Stockholm.

Michelin-Starred, Gourmet, Unusual, Cosy
Esperanto
Restaurant, Fusion, Swedish, $$$$$
The big sister of Imouto, Esperanto combines Swedish ingredients with flavours from around the world, creating something of a universal gastronomy. Located in the old Jarla Theatre, there is a laser-like focus on the aesthetics of the décor, the food, and the presentation. There is a deep respect for the ingredients used, and the quality is at an incredibly high level.

#tbt about a month ago, part of the menu. Still remember the pancake of Jerusalem artichoke (sunchoke) with 🍁 butter and frozen 🥛 #Sweden #stockholm #travelereats #eattheworld #foodtours 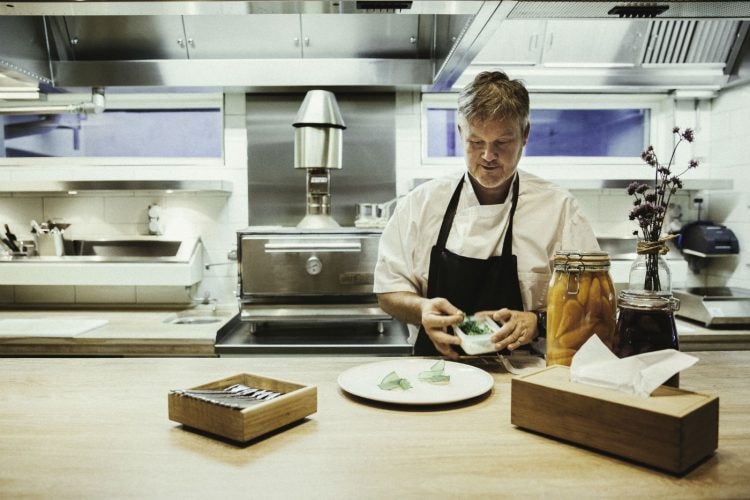 This very popular modern bistro is perfect for those who want to enjoy a few courses of fresh, seasonal produce at lunch or dinner. You order small bites, so to speak, and enjoy dish after dish in a bustling atmosphere, with seats available at tables as well as at the bar. Don’t let the laid-back vibe fool you: the kitchen takes its food seriously, which is great news for you.
More Info
6 Södra Blasieholmshamnen, Norrmalm, Stockholm, Stockholms län, 111 48, Sweden
+4686793584
Visit website 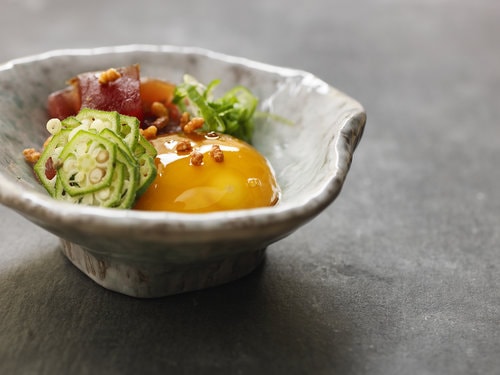 Just two years after opening, Sushi Sho has earned itself a prized Michelin star. Yet this comes as no surprise to Stockholm, where foodies in the know are well aware of the delights of this particular spot. With a traditional menu using Scandinavian ingredients, Sushi Sho has been described as a little piece of Tokyo in the heart of Stockholm.
More Info
45 Upplandsgatan, Norrmalm, Stockholm, Stockholms län, 113 28, Sweden
+468303030
Visit website 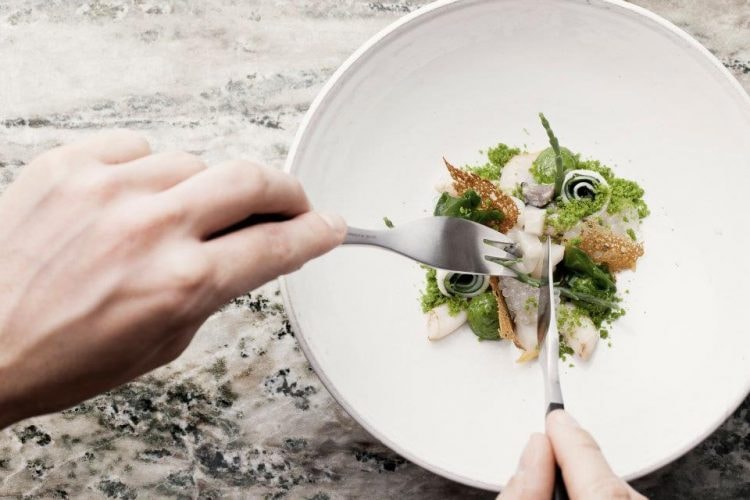 With a focus on staying close to nature, Volt is arguably part of the wave of New Nordic Cuisine. The menu is carefully curated, with just four to six dishes that use raw materials and products from the forest, sea, and fields, accompanied by an excellent wine list that pairs with your meal perfectly. The chefs follow the seasons, so the menu is never the same – and the restaurant is KRAV-certified, meaning it’s certified organic.
More Info
16 Kommendörsgatan, Östermalm, Stockholm, Stockholms län, 114 48, Sweden
+4686623400
Visit website 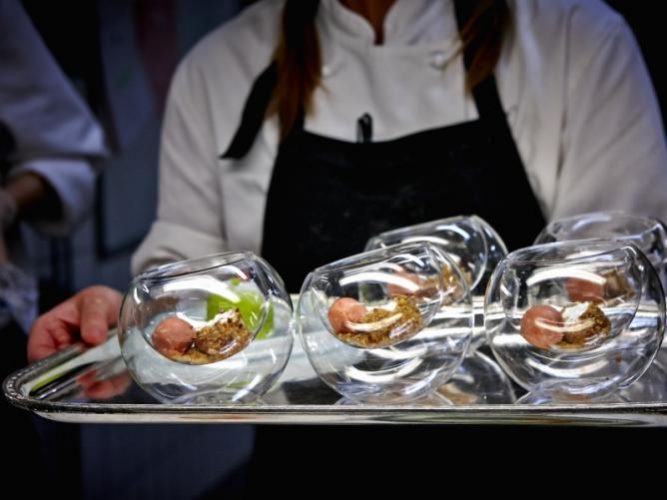 Operakällaren boasts one of the most beautiful and luxurious dining rooms in the city and, while the atmosphere sets the mood, the food seals the deal. International haute cuisine is the name of the game here, and it’s playful, delicious, and served in a setting that envelops you and makes you want to never leave. With a history that dates back to the late 1700s, Operakällaren is not one to rest on its laurels.
More Info
Karl XII:s torg, Norrmalm, Stockholm, Stockholms län, 103 22, Sweden
+4686765800
Visit website 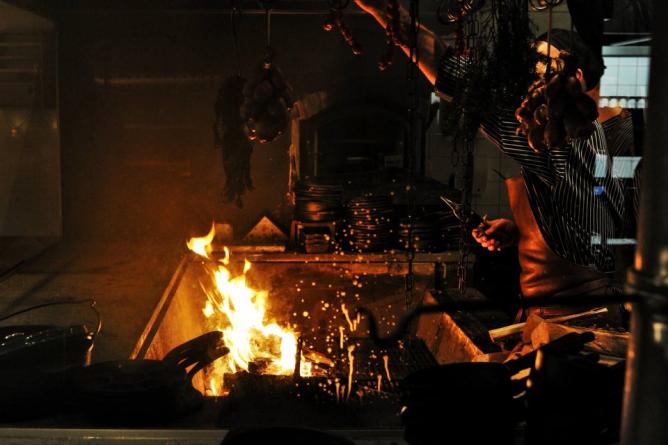 Ekstedt is another restaurant that goes back to basics, but also goes back in time too. Niklas Ekstedt has created a wood-burning star of a restaurant, close to the natural beauty of Humlegården, which is entirely fitting. With just four to six dishes on the menu at any given time, this is a new kind of dining: everything is cooked over an open fire, in keeping with Ekstedt’s childhood family cottage. Delicious, not for those looking to diet, and definitely worth its Michelin star.
More Info
17 Humlegårdsgatan, Östermalm, Stockholm, Stockholms län, 114 46, Sweden
+4686111210
Visit website 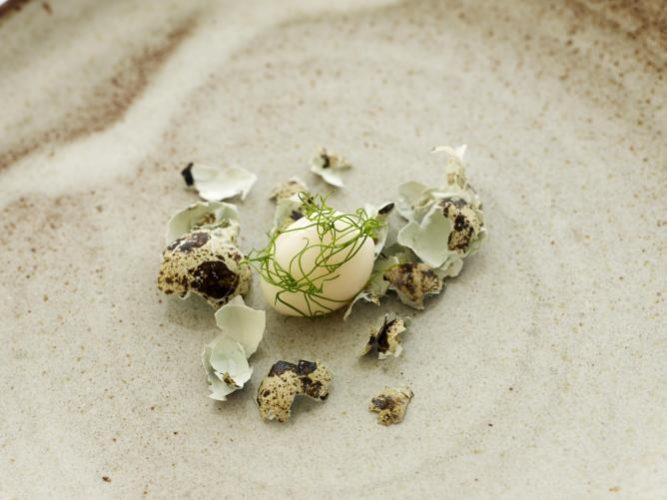 Gastrologik is all about the farm, bringing a new kind of thinking to Scandinavian gastronomy. A star on the scene since 2013, Anton Bjuhr and Jacob Holmström have put range and quality before the demands of the marketplace. This means there is no menu and so every meal is unique and makes an impact. There are only 30 seats available so book ahead.