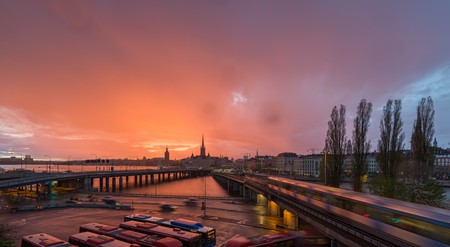 Myriads of Michelin stars illuminate Stockholm’s dining scene, making the Swedish capital a must-try foodie destination in Scandinavia. Combined with distinctive top class design, the city’s restaurant scene has all it takes to offer a unique dining experience for all tastes. With more superb destinations added, this update of our previous guide takes you through the ten best restaurants in Stockholm. 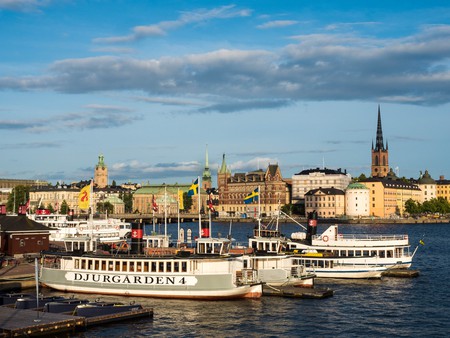 Three different concepts come together and fuse at Mathias Dahlgren: Matsalen, Matbaren, and Matbordet, respectively ‘the dining room’, ‘the food bar’, and ‘the dining table’, all essentially Swedish both in their cuisine and in their exceptional design. One of the only two restaurants to have received such an accolade in Stockholm, Matsalen holds two Michelin stars, while Matbaren has also been awarded one. Launched in April 2014, Matbordet is Mathias Dahlgren’s new concept. Based on the idea of transforming cooking into an experience that both chef and guests share, Matbordet features a dense program of events with a limited number of guests per night and unique food creations. 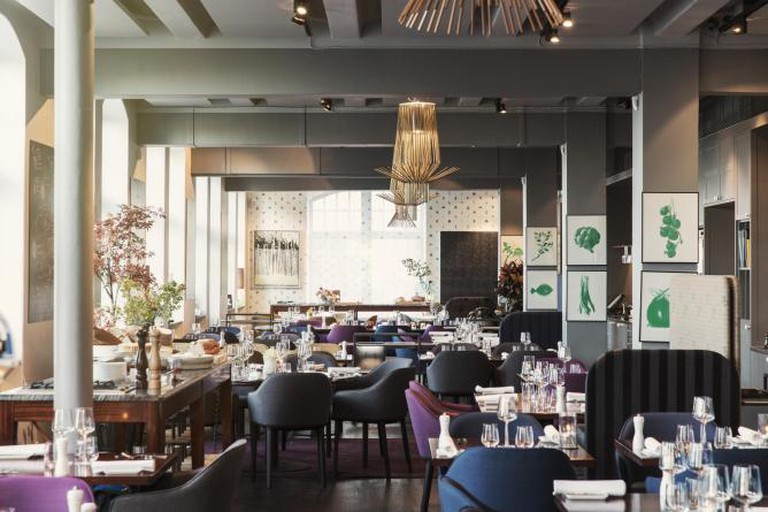 Lux Stockholm, Stockholm | © Courtesy of Lux Dag för Dag
Located on the waterfront on the small island of Lilla Essingen in central Stockholm, Lux Dag för Dag is housed in a former factory built at the beginning of the 20th century. Offering delightful views of the city’s waterfront, the restaurant is an unpretentious yet refined venue infused with the atmosphere of a modern brasserie. The freshness of ingredients is core to the restaurant’s philosophy, which features an interesting ‘walk through’ option. The same ingredients used in the kitchen are then available for customers to buy at the back of the building, and so are the courses on the menu, including the daily specials.
Open In Google Maps
116 Primusgatan, Kungsholmen Stockholm, Stockholms län, 112 67, Sweden
+4686190190
Visit Website
Give us feedback

While its name comes from its original location on the island of Oaxen, Oaxen Krog & Slip is now housed in new premises in the green spaces of Stockholm’s island of Djurgården. While the aim of Oaxen Slip is to propose mainly sharing platters in a Nordic bistro ambiance, Oaxen Krog is a Michelin-starred fine dining restaurant. A strong focus on locally sourced ingredients and sustainability marks Oaxen Krog’s cuisine, with most herbs picked from Scandinavia and vegetables grown on Djurgården. The six or ten-course menu offers specialties like reindeer and langoustine.

The fruit of Jacob Holmström and Anton Bjuhr’s passion for excellent cuisine, Gastrologik opened its doors in the exclusive Ostermalm district of Stockholm in 2011. What drives the two young yet experienced chefs is the idea that the availability of seasonal produce should determine what goes on the menu and be the prime source for their cooking inspiration. The restaurant proposes innovative Scandinavian cuisine that evolves with the seasons and depends on how long each ingredient remains on the market. The menu can therefore change every week, by day, or even for every table. What doesn’t change, however, is the selection of fine wines to complement the dining experience.

Running in the opposite direction to futuristic cuisine, Ekstedt brings Scandinavian cooking back to its most genuine roots. No electric cookers nor gas burners are to be found at this Michelin-starred restaurant run by chef Niklas Ekstedt, where food is prepared exclusively on fire pits, wood fired ovens, wood stoves, and burning coals. Driven by this concept, Ekstedt rediscovers tradition by being innovative, producing a ceaselessly evolving menu of seasonal vegetables, fish, meat, and game. As Nordic in its fare as it is in its design, the venue is decorated in light tones of timber and birch wood, combined with copper and leather. 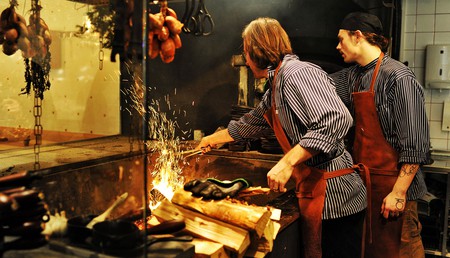 Nestled within the complex of the Royal Swedish Opera, Operakällaren has a history that dates back to 1787. The main dining hall is renowned for its sumptuous decor, its impressive chandeliers, the gilded panels and many mirrors reflecting the sparkly tones and lights. Chef des Cuisines Stefano Catenacci runs the kitchen and won the restaurant its first Michelin star in 2014. Accompanied by an extensive wine list, the chef’s seasonally developing haute cuisine includes options like hand-dived Fröya scallop with ravioli, dried tomato, and beurre blanc.

The concept behind Djuret (which translates from Swedish as ‘animal’) is to only serve one animal at a time. With the possibility of choosing between two options, a three or a six-course menu, guests will taste the meat of a single animal in its different cuts and various interpretations. In addition, diners can also choose to add cuts from the Limited Edition menu to their dishes. Each type of meat is accompanied by a specific wine. The constantly evolving menu currently offers beef and Napa Valley cabernet sauvignon, with options like roe deer and elk to come in the next months. 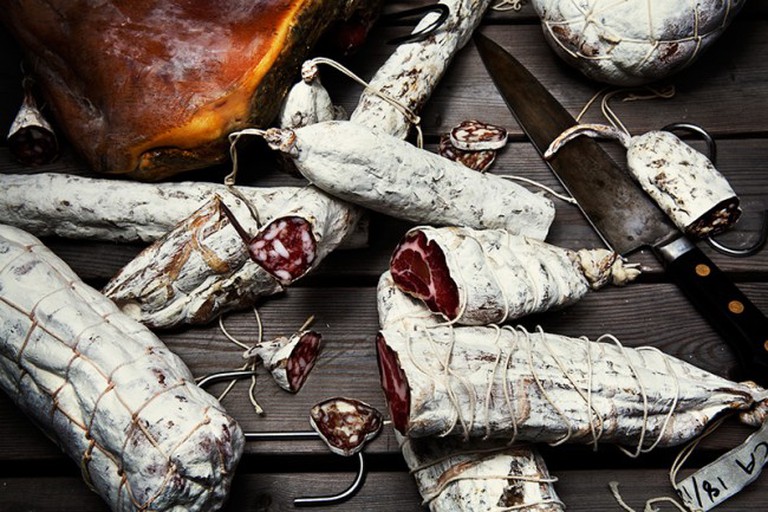 Everything at Grill is about variety and transformation. With eight different themes to inspire the eclectic, vivacious buzz of the interior decor, lounge and dining spaces mixed together, the venue is a highlight in itself, and has already undergone renovation several times since its opening in 2003. The menu is as committed to all things grilled. Great care is when choosing their produce and its sustainability, from meat to fish and seafood. Their tuna teppanyaki and lamb asado are among the favorite options on offer. 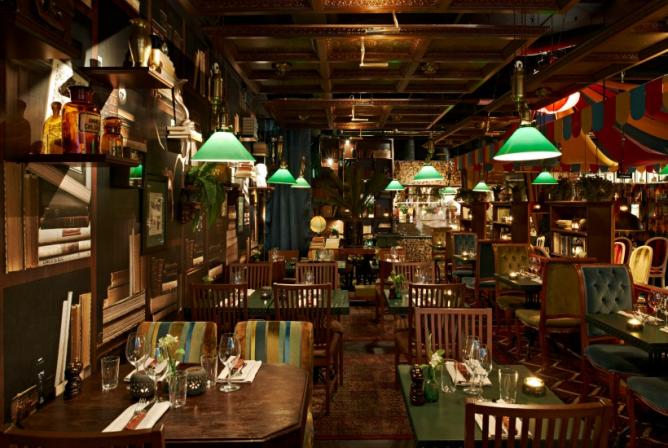 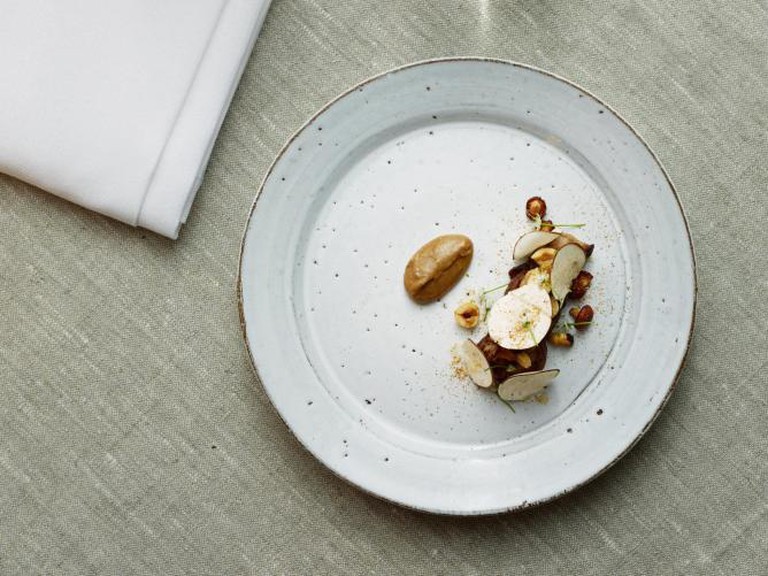 © Courtesy of Restaurant Frantzén
Recognized as one of the finest restaurants in the world, Restaurant Frantzén joins Mathias Dahlgren’s Matsalen as the only other restaurant in the Swedish capital to have received more than one Michelin star. A champion of culinary prowess, Frantzén blends together flavors in artful combinations set on specially designed plates. The understated elegance of the minute space allows for a limited number of diners to enjoy an exclusive experience every night. Driven by an idea of gastronomy as a form of art, the team works in the open kitchen to produce daily changing menus only with the freshest seasonal ingredients, most of which are sourced from the restaurant’s own garden.
Open In Google Maps
26 Klara Norra kyrkogata, Norrmalm Stockholm, Stockholms län, 111 22, Sweden
+468208580
Visit Website
Give us feedback

Since its opening in 1999, Smak has revolved around an original and pioneering concept: instead of picking a dish, diners are invited to choose their food by flavor. A cuisine that hops across the five continents, proposing dishes inspired from the most diverse culinary traditions, Smak encompasses a range of tastes combined to produce tasting-size portions, each with a predominant flavor. If you decide to go for hazelnut for example, the dish will be a small portion of fritters duck, with foie gras and plum. The same applies to beverages, so guests can decide to taste a variety of wines and beers to go with however many tasting portions of flavors. 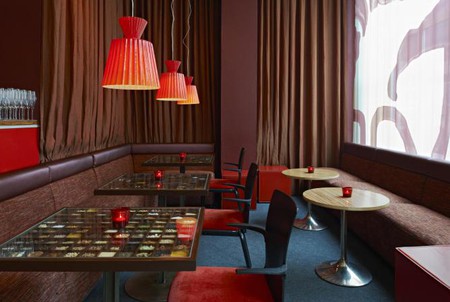 © Courtesy of Smak
Give us feedback