This Restaurant in Stockholm Transports You Back to Another Time 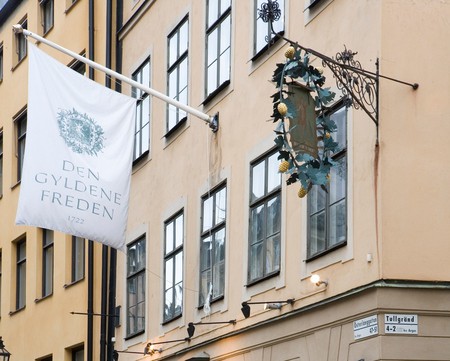 One of the most magical things about Stockholm is being able to tread on the same streets as people who lived there in the 14th century, to see the same beautiful views of the ocean that Stockholmers have had for hundreds of years and to go into buildings that people have been visiting for centuries. An excellent example of the latter is Den Gyldene Freden, one of Sweden’s oldest and most charming restaurants.

Den Gyldene Freden—translated as ‘The Golden Peace’—was first opened way back in 1722. It has been delighting the palates of Stockholmers for almost 300 years, including members of the Royal Academy.

It has not moved from its original location since then, which gives it an air of real importance and wonder. There are so many nooks and crannies where you can just imagine important conversations taking place, lovers meeting for the first time or 18th-century families enjoying time together. 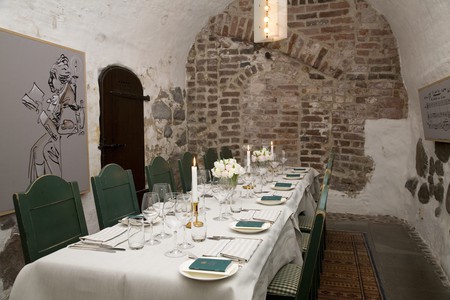 The moment you step into this beautiful, tranquil, and charming restaurant in Stockholm’s old town, Gamla Stan, you are transported to a simpler time.

It feels amazing to be walking the same floor and sampling food in the same environment that people did in the 18th century.

Very little has changed within the restaurant itself. It has not been touched by modern concepts; instead, it is a tribute to another time. 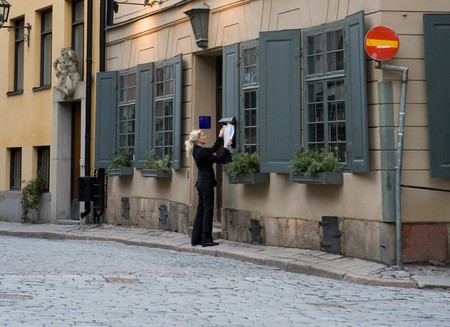 Den Gyldene Freden prides itself on taking classic Nordic cuisine and adding to it with touches of international influence.

Their philosophy, as they note on their website, is: “It takes time to cook—and eat—good food.” Den Gyldene Freden is not a restaurant for people who want to grab a quick bite, it is a place to savor and to really enjoy the food.

Their menu is very varied, and includes classics such as Swedish meatballs and salmon, as well as other superb dishes like fish casserole. 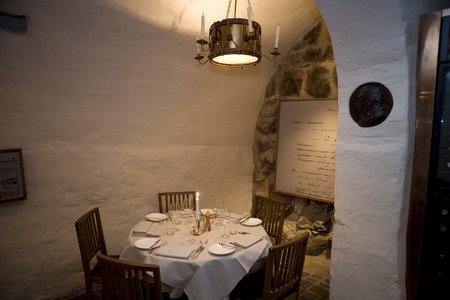 It really is a Stockholm landmark | Courtesy of Den Gyldene Freden

It has a wine list that rivals any other place in the city and a great selection of Swedish snaps, which go well with any dish.

Going to Den Gyldene Freden is an event as well as a dinner. It is fine dining without the pretentiousness often associated with gourmet food.

It has, in the past, been awarded the Michelin Bib Gourmand award for having exceptional food at reasonable prices. 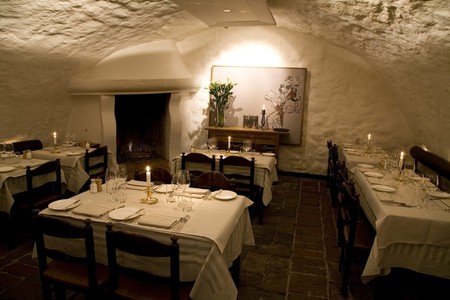 Den Gyldene Freden is a very important venue in Stockholm, a place known across the city and one that is really treasured. As one of the oldest still-functioning restaurants in the world, it has something that no other restaurant in the city can capture.

In fact, it is so significant to the city that it is owned by the Swedish Academy, the group that awards the Nobel Prize. The Academy has their own table and holds dinners regularly in the restaurant. It has long been said that many decisions about Nobel Laureates have been made in the restaurant, which has only added to the sense of history and mystique around Den Gyldene Freden.

The connection to the academy has also inspired one of the most popular dining experiences at Den Gyldene Freden: the Nobel package. Offered from Tuesday to Saturday, it includes a guided tour of the Nobel museum and Gamla Stan’s streets, as well as a talk about what the academy does and why it is so significant. 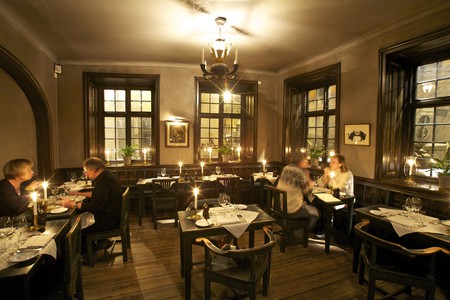 After that, you go to Den Gyldene Freden to enjoy a three-course meal, which includes delicious pan-fried salmon, as well as the chance to hear more about the history of the restaurant and The Academy. It is a great way to learn more about Stockholm and enjoy a delicious meal.

An experience and a meal

Going to Den Gyldene Freden is about more than just enjoying great food, it is about feeling like you are a part of history. It is a whole experience, rather than just a simple meal. If you want to try excellent Nordic cuisine while walking in the steps of history, then it is the perfect place.