The Story of the Fire that Changed Stockholm Forever 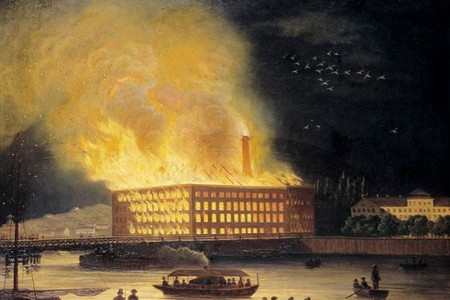 There are many events in cities’ histories that shape and mould them, moments that come to define a city, and they are talked about for decades, if not centuries afterwards. London’s Great Fire is a notable example. In 1878, Stockholm had one of these moments, a spectacular fire that has come to be seen as an important moment in the city’s history and one that is still discussed to this day.

It was a fire which, while by no means as large as London’s, served as a starting point for the erection of one of Stockholm’s most important buildings, as well as a new era of safety and building regulations. 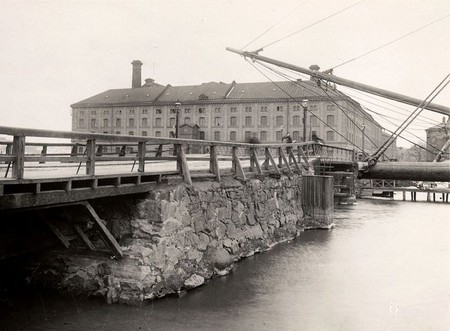 The mill in 1860 | © Stockholms Stadmuseum / WikiCommons

The fire of the century

At the time, the fire was known as the fire of the century, because of its ferocity and the fact that it could be seen from many points of the city, dominating the skyline. It was a moment that gripped the city in horror, as citizens watched the fire rage and fill the night sky.

The fire occurred at a gristmill in central Stockholm, which was a very large structure. It was a steam-powered mill built in 1805 that made flour, something that was very important to Stockholm in the 19th century.

The company behind it commissioned British inventor and steam-engine pioneer Samuel Owen to help them construct the technology behind the mill. It was a big investment to get someone with the expertise and knowledge of Owen on board. 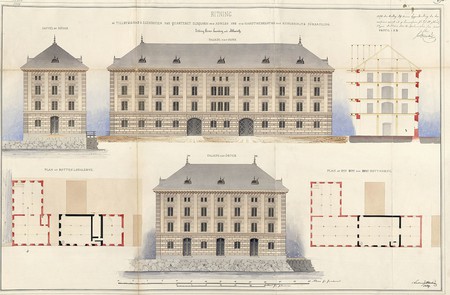 The mill was important enough that the state decided it would be a useful asset and bought in in 1815. It was right by the water in Kungsholmen, an exclusive neighbourhood and island in Stockholm. Its location meant that boats could dock and quickly pick up produce, and it became a vital and well known factory in the city.

The fire occurred on October 31, 1878, and a variety of different causes have been suggested. The most widely accepted one is that a small gas lamp fell, igniting the many bits of dust and grain on the floor, and it spread from there. As with the Great Fire of London, where a small fire expanded quickly, the fire at the mill in Stockholm started small, but was very poorly dealt with, and managed to spread throughout the factory.

Unlike the Great Fire of London, though, it was contained to the area in and around the factory, meaning it did not spread to other parts of Stockholm. However, it was large enough and powerful enough that it made a real impression on the people of the city. 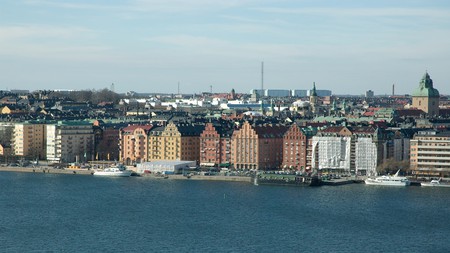 The factory was on the island of Kungsholmen | © Sigurd Gartmann / Flickr

Dagens Nyheter, one of the most popular newspapers in Sweden, wrote extensively about the fire and noted that ‘in view of the fierce outbreaks of the fire and the fierce widening of the fire, the entire capital and its immediate surroundings were illuminated as through a magic wand’.

The newspaper also commented on how the city became gripped by the fire, noting that ‘the most varied rumours were about the origin of the fire and the most incredible stories were raised’. Despite the fire being so large, they managed to save part of the mill and, perhaps most amazingly, it stayed open until 1906.

Once the mill was finally demolished, it was replaced by the Stockholm City Hall. There is a plaque in the city hall that commemorates the event. 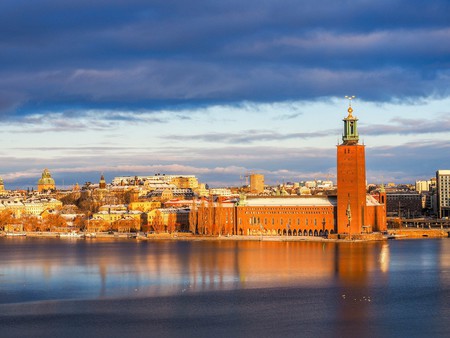 The government in Stockholm also worked hard to make sure that nothing on this scale happened again. There have been some fires since, but none matching the ferocity of the fire at Eldkvarn, an event that left a deep and lasting impression on the city.