The Alternative Nobel Prize: Reinforcing the Value of Literary Awards 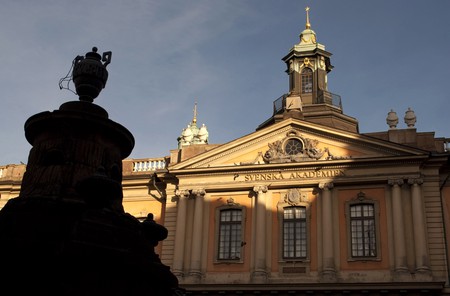 In reaction to the postponement of this year’s Nobel Prize in Literature, Sweden’s cultural community has created a one-time prize, which it hopes, through a democratic and transparent judging process, will remind the literary world of its moral responsibilities.

For the first time since 1949, there will be no Nobel Prize in Literature winner this year. In May 2018, the Swedish Academy announced that owing to a widely reported sexual harassment scandal surrounding the husband of one of its 18 members, they are postponing the prize until 2019. With the academy down, divided and in disarray, a group of more than 100 Swedish cultural figures banded together to form the New Academy, who will hand out the award in parallel to the absent Nobel this autumn. Their message is simple and salient: literature should not be punished for the actions of its elite patrons.

“The New Academy was founded to warrant that an international literary prize will be awarded in 2018, but also as a reminder that literature should be associated with democracy, openness, empathy and respect,” the founders wrote in a statement. In contrast to the Nobel Prize’s reputation for tradition and elitism, the New Academy are doing things differently. The academy asked librarians across Sweden to develop a longlist of authors, whose selections include usual Nobel Prize suspects Margaret Atwood, Haruki Murakami and Elena Ferrante as well as more peripheral figures, such as Patti Smith, Édouard Louis and the 2018 Man Booker International Prize winner Olga Tokarczuk.

The list will now be put to a public vote. A judging panel of Swedish literary figures will then decide the ultimate winner on 14 October, who will receive one million Swedish kronor (£86,000, $113,000). The New Academy’s unprecedented approach – democratic, inclusive and transparent – is a distant cry from the secrecy of Stockholm’s lavish banqueting halls where the Nobel Prize has traditionally been decided. 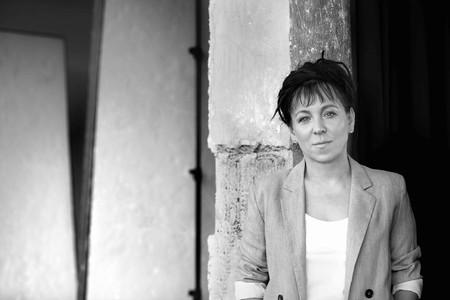 Whereas the Swedish Academy has been criticised for being – not running – the show, the New Academy is reminding the literary world that prizes should be about the writers and the writing, even at the highest level. At a time where the average salary of full-time writers in the UK fluctuates between the low teens, prizes and their financial benefits have become even more important as a way to survive in an increasingly unsustainable career. From Michael Ondaatje, who in July won the Golden Man Booker Prize for his 1992 work The English Patient, to Sarah Perry, who won the East Anglian Book of the Year Award in 2014 for her debut After Me Comes the Flood, prizes are what give writers the freedom to write. Without them, writing would be left to a privileged few.

Though the New Academy will be disbanded at the end of the year, it is reinforcing a value system that underpins a new crop of literary prizes. It is unlikely the Swedish Academy will adapt its historically enshrined methods, but it is promising to see more literary awards springing up in the UK, with democratic values at their heart. The Guardian’s Not the Booker Prize, now into its 10th year, asks readers to nominate books via comments at the bottom of their website in the hope of uncovering hidden talent. Elsewhere, the TA First Translation Prize, which was set up by Daniel Hahn in 2017, awards debut translators and editors for translated works of fiction, bringing traditionally background players centre stage. And the Republic of Consciousness Prize, founded by Neil Griffiths in 2016, was set up to honour and celebrate independent presses of five employees or less, giving small publishers a chance to commercially compete with the big players.

The scandal that continues to surround the Swedish Academy was triggered by the #MeToo movement, where women were galvanised to speak out against widespread sexual harassment, after years of being silenced. What the #MeToo movement showed was that words have the capacity to challenge coercive structures and create change. This emphasis on the power of language is precisely what the New Academy seeks to champion. “In a time when human values are increasingly being called into question,” they wrote, “literature becomes the counterforce of oppression and a code of silence”.