The Best Restaurants in Stockholm 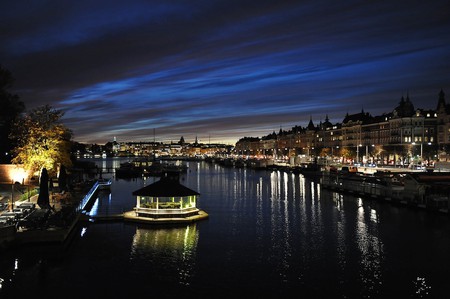 We reveal the best restaurants in Sweden’s capital / Pixabay

The most populated city on the Scandinavian peninsula, Stockholm, is internationally renowned for its creative landscape, outstanding contemporary design, and gastronomic excellence. We reveal the best restaurants in Sweden’s capital. 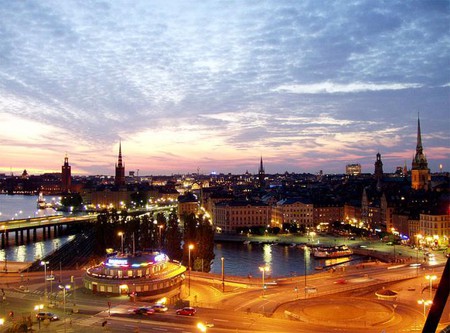 Stockholm is home to a constellation of Michelin stars, but only two gastronomic titans have received the prestigious status of two stars. One of these two, Mathias Dahlgren is a culinary destination that uses fresh seasonal produce to create two distinct menus. ‘The natural cuisine’ menu focuses on nature and the seasons for its inspiration, while the ‘theme in focus’ menu explores a gastronomic idea which the chefs are particularly interested in investigating. Matching the food perfectly, the restaurant’s wine cellar is stocked full of vintage bottles, diners can even book the atmospheric cellar for intimate functions. 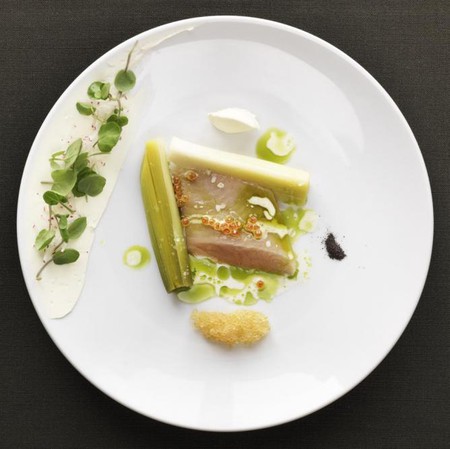 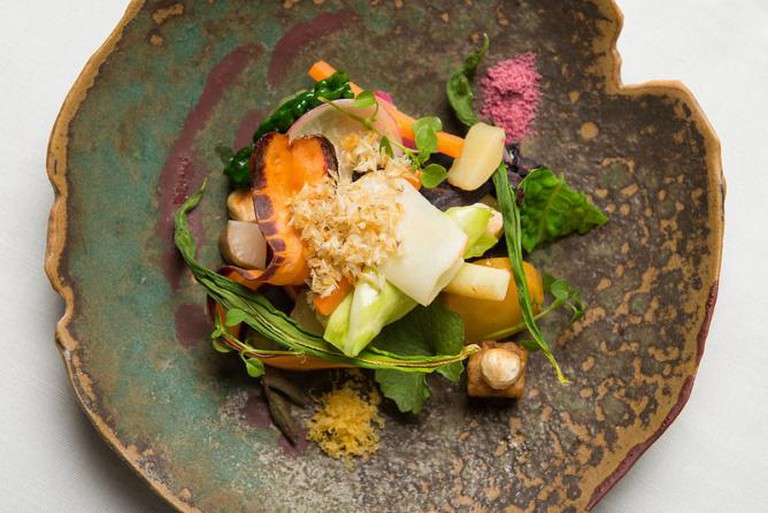 Sweetbreads with liquorice and caramelized yuzu | © vdKG Design/Restaurant Frantzén
Ranked as the 12th best restaurant in the world, the other two Michelin star restaurant in Stockholm is Restaurant Frantzén. Originally opened as a partnership between Daniel Lindeberg and Björn Frantzén, today the restaurant continues to be run with a commitment to artistic gastronomy and culinary excellence. The kitchen uses local and seasonal ingredients, many from the restaurant’s own garden, in their creative dishes, plus the designed plates take fascinating approaches to molecular gastronomy and the Scandinavian culinary movement. Diners rave about the restaurant’s innovative recipes which stimulate all five senses, such as deep-fried moss with wagyu-meat, fried fish scale and macarons with hay ashes.

Described as a ‘dynamic and generous scene’ rather than a restaurant, Sturehof is a unique culinary destination with over 100 years of history. The kitchen centers on fresh seafood, serving dishes inspired by both French and Swedish flavors such as poached slightly salted cod back, poached egg, browned butter hollandaise, shrimp and horseradish. The interior of the restaurant is charming with fantastic lighting design and glass displays. Sturehof also holds an artistic focus, evident through its commitment to hosting art exhibitions, concerts and performances; giving further reason to visit Sturehof again and again. 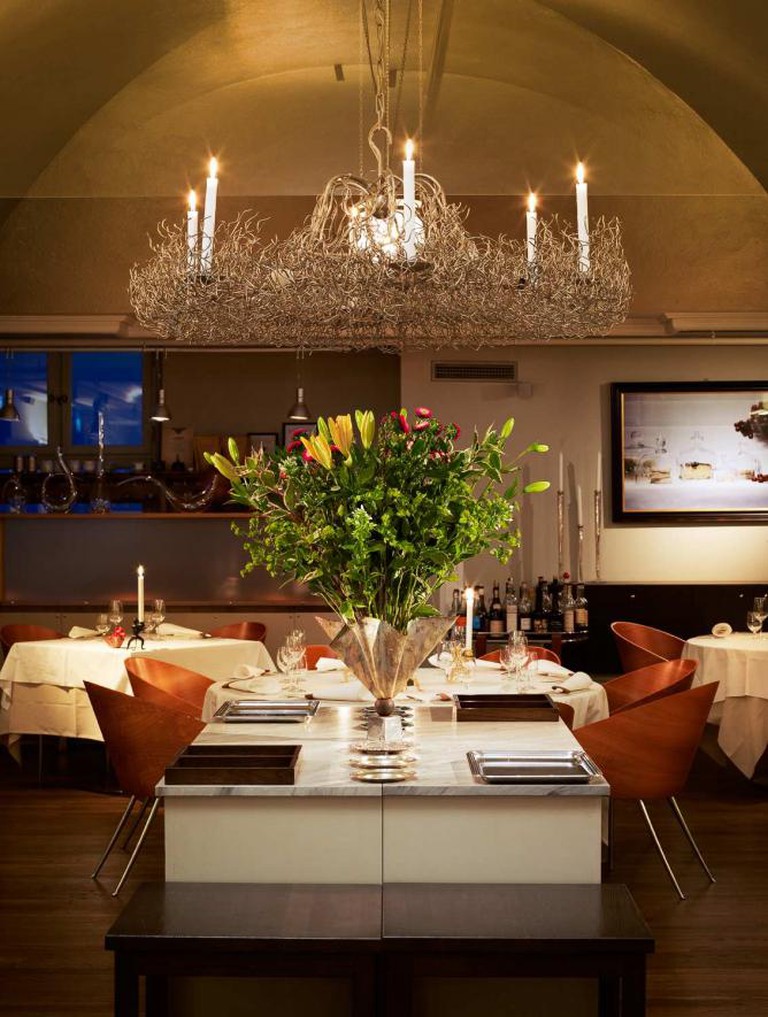 Esperanto, Kungstensgatan | Courtesy of Esperanto
Esperanto was the 2013 winner of the best restaurant title in the White Guide, Sweden’s prestigious national restaurant awards. This Michelin star restaurant is located in the old Jarlateatern theater, and the aesthetics have been described as retaining the atmosphere of the original venue. The central chandelier is simply stunning, and the restaurant is peppered with artworks and designer decorations. The kitchen of Esperanto creates beautiful dishes with poetic aesthetics which are ‘ inspired by all manner of things, from around the world’, such as dashi scandinave, dried monkfish, beets, lumpfish caviar and horseradish oil, and langoustines brushed with Swedish wagyu ox tallow served with daikon and apple.

Pontus! is unanimously acclaimed as a must-visit restaurant in Stockholm. This breathtaking three-story restaurant exudes inspiring design features such as book shelf wallpaper and a plethora of trendy designer items. Each floor offers a different dining experience, from an oyster bar, to a cocktail bar serving Asian inspired dishes, to a contemporary Swedish restaurant. The multiple set menus each have their own theme, offering delicious flavors for affordable prices.

Djuret, meaning ‘animal’ in Swedish, is a unique restaurant which serves only the meat of one animal at any time. The ideology behind this is to serve food in a sustainable way and to respect the slaughtered animal. As a result, the whole menu consisting of different cuts from the same beast. Continuing with the theme, the restaurant’s quirky and charming interior is filled with themed decorations. For example, butcher mincers that are used as lighting stands, meat themed artworks, and table covers with anatomic images of the different cuts on cattle. The ever-changing menu includes inventive uses of produce and flavorsome meats cooked to perfection. 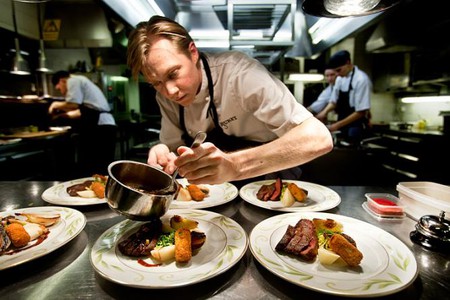 Taking gastronomy back to simpler times, Ekstedt is distinct in its approach in refraining from the use of electric cookers or gas burners. The restaurant uses only pure forms of heat such as soot, ash, smoke and fire. The ideology behind this unique cooking style is to explore Scandinavian roots, pulling the restaurant in the complete opposite direction from molecular gastronomy. The Michelin star kitchen serves a set menu of four or six courses, offering dishes such as tenderized beef cooked on wood of pear with chimney-smoked tomatoes and duck liver. Matching this contemporary approach to tradition, the Scandinavian designed interior features using materials such as birch, leather, copper and sandstone.

Brasserie Le Rouge is a beautifully decorated restaurant which creates a romantic and mesmerizing cabaret atmosphere of red drapes, paintings and lamps. Brasserie Le Rouge is part of the GRUPP F12 restaurant group, which runs several iconic venues in Stockholm, opening in 2007 as a new addition. The restaurant’s kitchen focuses upon three core principles: ‘ personality, tradition and warmth’. The plates served are founded in French cuisine, Italian cooking and fresh Swedish produce. Some of the popular dishes include octopus, scallop, chorizo and saffron risotto, beef sirloin steak with bone marrow and black pepper and fillet of duck with orange, turnip and ginger. 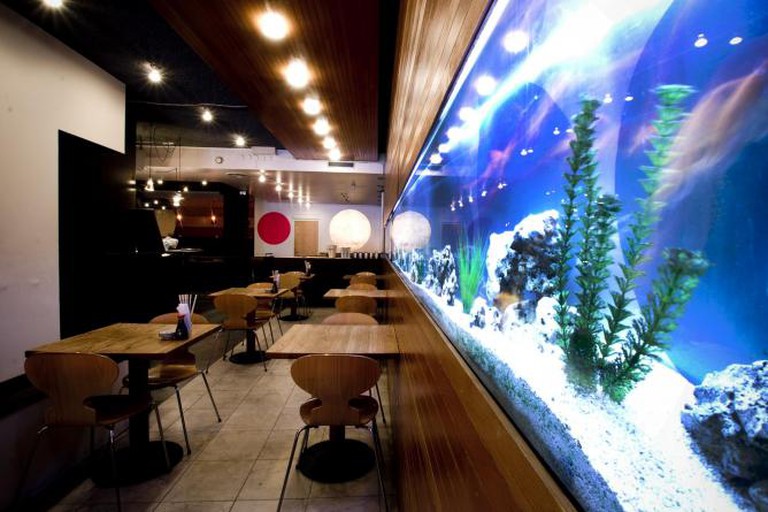 East | © Lisa Fleck
Acclaimed for serving some of the best sushi in Stockholm, East is a Japanese and Asian fusion restaurant that transforms into a popular cocktail bar at night with the ‘smoothest’ hip hop and soul music. The interior design of the restaurant is inspiring by both Scandinavia and Asia, and geometric shapes interact with design features such as the impressively long fish tank built into the wall. In addition to the mouth watering sushi menu, the restaurant also serves dishes such as tamarind-baked salmon with honey roasted pumpkin and yellow tamarind sauce, and furikake coated Ahi tuna with friend chanterelles and cognac teriyaki sauce.
Give us feedback