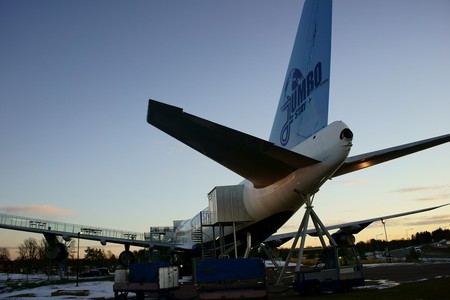 Jumbo Jet is a fantastic place to stay if you have a long layover at Stockholm Arlanda. | © Lutz Bholm / Flickr

The thought of trying to sleep on an airplane can be dreadful. However, Jumbo Stay at Sweden’s Arlanda Airport now allows individuals to sleep on a jumbo jet that’s permanently on the ground. That sounds a lot cozier and more fun, right? Read on to learn more.

The Jumbo Stay jet was a Boeing 747-212B plane initially built in 1976 for Singapore Airlines. Throughout the jet’s aviation career, it went on to serve Pan Am airlines and eventually Transjet until the company went bankrupt in 2002. Not much happened to the jet in the next few years until 2007, when it received a building permit to convert the jet into a liveable space. The seats were taken out, the entire plane was cleaned, and in 2008 the plane was moved to the entrance of Arlanda Airport. By mid-January of 2009, the jet was opened to the public. 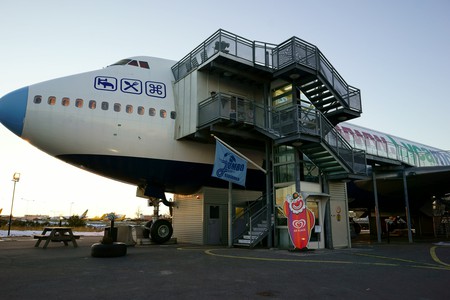 Spend the night inside a Jumbo Jet at Arlanda Airport! | © Lutz Blohm / Flickr

Believe it or not, Jumbo Stay actually sleeps a large number of people! In total, there are 33 rooms and 46 beds – all of which vary in size and shape. If you are staying with your family, you can definitely opt to stay in one of the more private rooms. Otherwise, if you are traveling by yourself, you have the option to stay in one of the hostel-style dorm rooms that sleep four. The rooms are unique in every way, especially one of the suites that’s located in the cockpit – how cool!

In addition to the room, Jumbo Stay also has a small conference room that can accommodate eight individuals. In a nod to its heritage, the conference room features some of the original furniture from when the jet was still being used for flight purposes. Additionally, the cafe and bar located inside Jumbo Stay is a ‘blast from the past’ with some modern amenities, but it ultimately remains true to the original 1970s vibe. You don’t have to be a guest to visit the cafe, so if you have time, it’s worth checking out! 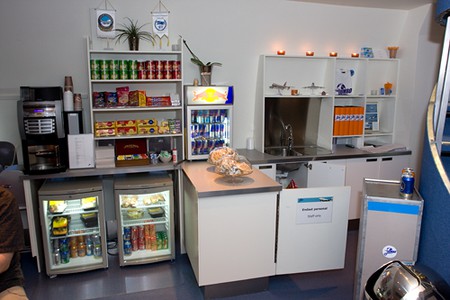 Oscar Diös initially thought that Jumbo Stay could be the much-needed budget hotel for Stockholm’s Arlanda Airport. Since Arlanda Airport doesn’t have an attached hotel unlike many major airports, the jumbo jet hostel became a perfect way to fill that void.

If you love aviation and want to sleep soundly for the first time on an airplane, then this is the place for you.