How to Spend an Evening in Lilla Torg, Malmo 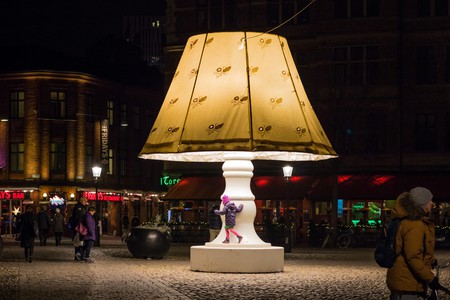 Malmö’s Lilla Torg has some of the best nightlife in the city, so where else to spend an evening when you’re up for some fun, food, and drink? While big sister Stortorget has a certain majesty, it doesn’t quite have the cobbled charm and cozy personality of Lilla Torg—or nearly as many hip restaurants, bars, and cafés.

Surrounded by quaint, beautiful old buildings, there’s some great shopping to be had on Lilla Torg, as well as on the little streets that snake out from it, so why not take the time for a bit of a shop? WhyRed is a Swedish staple, while Garderoben is seven designers offering unique takes on Scandi style. A poke around the shops is the perfect way to start your evening.

Once you’ve got shopping out of your system, it’s time to grab a drink. Swedes believe in the concept of After Work so join in the fun and head to Drumbar, Malmö’s first—and only—Scottish pub, which serves up plenty of pints and hearty Scottish laughs. Moosehead Bar is another good option—this is the place to catch that international match you don’t want to miss or to just sit outside watching the people parade. 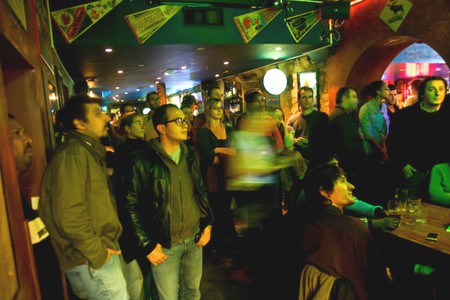 Mello Yello is one of the city’s most famous bars and restaurants, with its distinctive (and huge) yellow-themed outdoor seating area. You can drink, eat, stare, laugh, meet some new people—it could almost be called the center of the action on the square. It’s more or less essential to stop by here at least once on a visit to Malmö, but get there early. It’s incredibly popular. 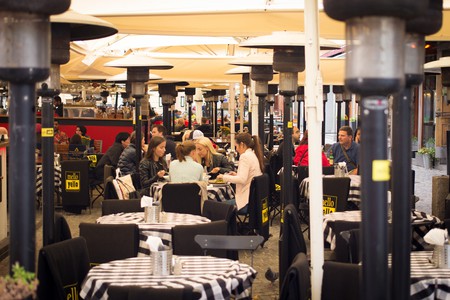 La Grappa might not be super hip, but it’s no less fabulous than its neighbors on the square. It has yet another huge outdoor seating area during the warmer months and, as the name suggests, it serves Italian, but don’t expect sloppy tourist fare. La Grappa takes its food (and its wine) seriously, so you might be pleasantly surprised that you can get such fantastic Italian food in Sweden. Prices are unexpectedly reasonable, so go for all three courses. Top tip: this place is perfectly placed to catch the best of the sun, so try to book an outside table. 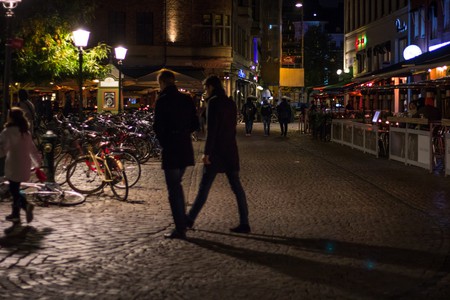 Another excellent option is Victors, which not only offers a great wine and cocktail menu but also some pretty tasty fusion food that is heavily influenced by southern Europe.

Now it’s time for drinks. If you haven’t hit Drumbar yet, now might be the time to do so, as it often has live music and a very happy, boisterous crowd that is always up for fun. If you’ve decided to eat at Yello Mello, don’t give up your table—as the night crowds in the lines to enter will get longer and you’ll feel quite smug, snug, and cozy sitting at your perfectly placed outdoor table.

Izakaya Koi is an excellent little Japanese restaurant that turns into a club later in the evening, while Club Dynasti is open Saturday nights and Sunday mornings for posh, gorgeous, and in-the-know types. It opens at 11:59 p.m. and things go until 5 a.m. While a bit hit or miss, it’s worth checking out to see if they’re going to be open while you’re in town.