How Stockholm Got Its Name 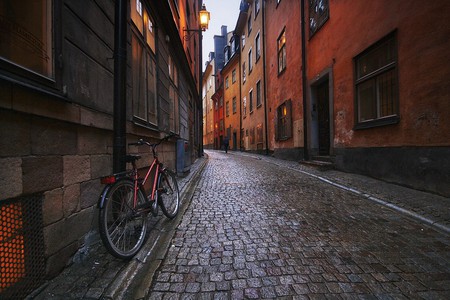 Names are very important. They conjure certain images and ideas when they are spoken, heard, or written. This is certainly the case for cities; their name can often make you think of the city’s historic origins—as with Rome and Romulus and Remus. Names can even help you to understand why places came to be in the first place. Brasilia, for example, was created to give Brazil a new judicial and political center so it was named in a way that would unite a country.

The reasons behind place names are often quite clear and logical. In other cases, they are more of a puzzle, with many different solutions suggested. The origin of Stockholm’s name manages to combine the rational with the enigmatic and has led to a number of different stories, tales, and options being put forward. The name itself is simple enough to translate to “Stock,” coming from the old Swedish word “Stokker,” which means log or pole, and “Holm,” meaning “island or islet.” With the modern day city of Stockholm being spread across fourteen different islands and with even more in the archipelago and surrounding area, the “holm” part of the name makes absolute sense. So far so simple.

It is the Stock part of the name that has become more of a riddle, with a variety of different reasons for it. The main source for all things etymological on Stockholm is a book called Stockholms Gatunamn—which means Stockholm’s street names. The book dedicated a small section to a range of ideas as to why Stockholm became associated with logs.

The first time the name was used appears to be in 1252. Uppsala was, at that time, arguably Sweden’s most important city, primarily by being Sweden’s religious center. However, Stockholm was important enough that King Valdemar of Denmark addressed a letter from there in 1252, as did Swedish statesman Birger Jarl.

One of the main suggestions for where the name came from is that Stockholmers would use logs and poles in order to mark important places like markets and important frontiers. Something similar was done in Venice, which is where some suggest that Stockholm got its occasional nickname, “The Venice of the Nordics.” This idea was furthered by the writings of German theologian, Jacob Zielgar, who noted in his book Schondia (Scandinavia) that Stockholm rested on the importance of using poles. It is possible that he met Swedes on his travels who described the city to him as being like Venice.

The other, and arguably most famous explanation, is that the city used logs in order to block shipping routes into the archipelago, either in order to charge some kind of toll for people wanting to access the city or to prevent enemy ships from entering the area. This is a relatively plausible suggestion, as Sweden often had to defend itself from neighboring powers. 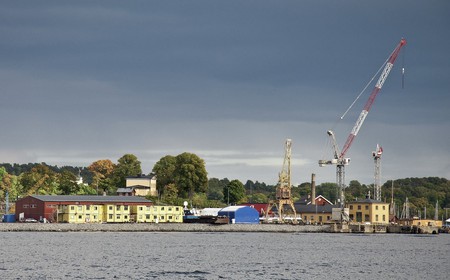 Stockholm has a number of wooded areas | © Andy Walker / Flickr

Less widely suggested, but not necessarily incorrect explanations have included that there might have been an abundance of logs and stumps on the oldest islands that make up the city or that the Stock comes from the fact there were a lot of fish in the waters around Stockholm and fiskstock means “fish stock.” It has also been conjectured that Stockholm is named after the stream called Stocklund in Stockholm. This stream was mentioned in the Snorri Sturluson’s saga Ynglinga, which was written in the 13th century—meaning the name of the stream probably came before the name of the city.

The name Stockholm then might not have the same ability to immediately conjure a city’s history or to explain its importance. However, it does call to mind one of the most important things regarding Stockholm—the famous archipelago. The fact that Stockholm is located on different islands gives the effect of a number of small cities all rolled into one. Each island has its own feeling and character, so perhaps the name does indeed encapsulate what make Stockholm so special. 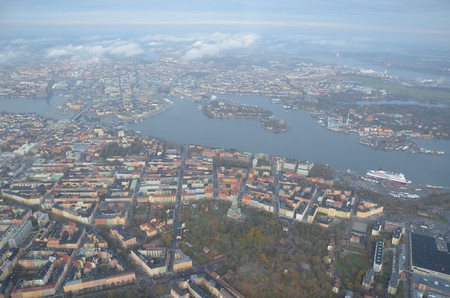