Everything to Know Before Buying a Stockholm Apartment 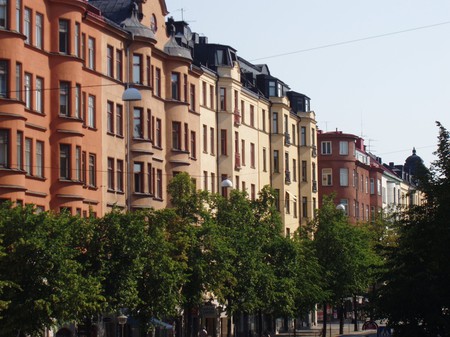 The Stockholm housing market is not for the faint at heart: it’s notoriously competitive, with apartments within city limits (inom tull) not just going for a premium but also thin on the ground. That said, it’s not impossible to buy an apartment in Stockholm, particularly if you know the rules – and a few secret tricks. Here’s your guide to buying a Stockholm apartment.

Hemnet is the main housing portal in Sweden. Here you can type in the neighbourhoods you are interested in, perimeters such as number of rooms, maximum price, and special features you might want, such as as a balcony or fireplace. You can also check how much apartments are selling for per square metre in the areas you’re looking at, and do a basic financial calculation with various lending institutions. 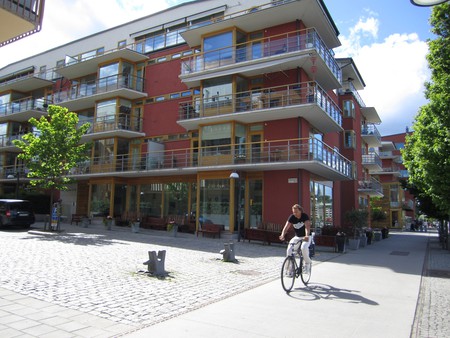 Figure out how much you can afford

And then add some more to that number, because once the bidding war starts, it’s almost guaranteed you’ll be paying more than the asking price. Also remember to calculate avgift, which is your monthly housing association fee if you’re buying an apartment. Generally speaking, the rule is that older buildings have a lower avgift because they’re not carrying big loans. So while a newer apartment building might seem attractive, the costs are generally higher for a longer period of time – and the avgift may go up in a couple of years as bank loans are called in.

Make sure you have your deposit

Banks in Sweden require you put at least a 10% deposit down on an apartment, although many now require at least 15%. Make sure you have that money at hand, because the housing market in Sweden moves fast and if you don’t pony it up right away, you’ll lose your chance to have that dream apartment.

One way to avoid a bidding war is to contact the estate agent as soon as you’re interested in an apartment. Often you can set up a private viewing and if you offer the right price you may be able to secure the place. 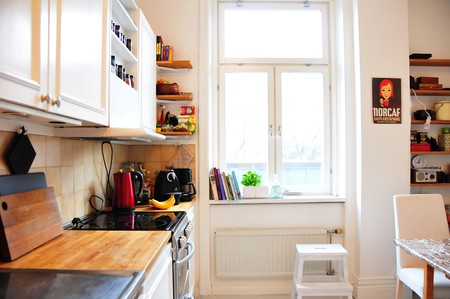 Prepare for a bidding war

If you aren’t able to see the apartment before it is shown publicly you’ll most likely enter a bidding war. Depending on the area (remember that anything within the city limits is prime real estate and very attractive on the market) you could end up paying as much as 25% more than the listed price. The good news is that there is something called accepterat pris, which means that if you offer the asking price (and not below) and there are no other bidders your offer has to be accepted.

Your phone is your lifeline 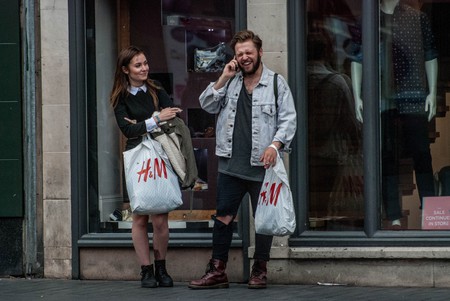 Buy your apartment by phone | ©daliscar1/Flickr

This is an important one. It’s rare for lawyers to be involved in real estate purchases in Sweden so this means reading the annual housing association’s report is important. Here you will find the size of the loan carried by the building (which could impact your avgift), any renovations that have been carried out, whether there are plans for future work, if the association is considering taking in commercial tenants such as a shop in a street level space. If you can’t read Swedish get someone to read it for you – this report is a gold mine of information. If all looks good, move forward with the purchase.

So, you’ve had your bid accepted – congratulations! Now you need to put down your deposit. If it’s less than 15% of the asking price the bank will set up two types of loans: a top loan and a bottom loan. The top load is to cover everything up to the first 15% of the price of the apartment and will carry a higher interest rate, which is often fluctuating. Try to avoid this as it’s a drain and if you can’t avoid it pay off the top loan as soon as possible. The bottom loan is your basic mortgage and rates can be negotiated with your bank. When paying your monthly mortgage it is possible to pay just the interest on the bottom loan, keeping your monthly outlay fairly reasonable.

Once your bid has been accepted, the housing association will either approve or not approve you. Most times this is a mere formality so unless you have a history of trashing buildings or running an illegal business out of your home, you don’t need to worry. You can also sit on the housing association board in order to influence decisions being made that might impact your living situation.

The laundry battles of Sweden are the stuff legends are made of. There’s a reason you rarely see a laundromat in Sweden: nearly all buildings have laundry rooms (tvättstuga), where you sign up for a time and then do your laundry during that time. The problem is this: many people ‘steal’ times or ignore them completely. In addition, unless you know that you need to do laundry on Tuesday you might get caught out with no clean clothes. Top tip: buy a flat that already has at least a washing machine hooked up in the bathroom – or make sure there is room to install one. You will save yourself many years of stress. 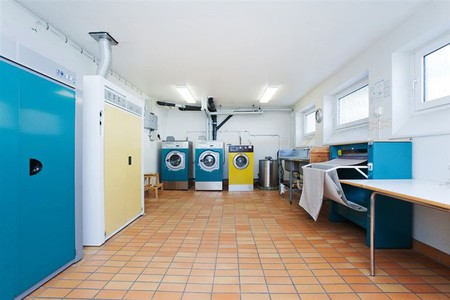 Pay attention to lighting and other fixtures

Unlike in some other countries Swedes strip the apartment bare when they leave, so no curtains, ceiling lamps or anything else is left behind, unless you’ve negotiated that in the sale. That said, if a lighting fixture or similar is ‘difficult’ to remove it might be left behind and you’ll end up dealing with the removal. Also, make sure it’s agreed that the seller will repair any small holes in walls or other minor damage.

So you’ve got that great flat but you want to re-do the kitchen or bathroom? Make sure you get housing association approval before you start the work. There are rules surrounding renovations within the walls of your flat and the housing association can reject your application if it will cause too much inconvenience to other tenants in the building. That said, unless you’re planning on a year-long rebuild that will destroy the integrity of the building it’s most likely your application will be approved. 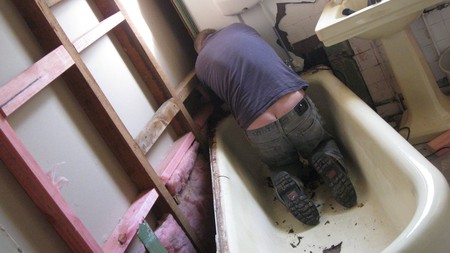 Get all renovations approved | ©Sarah Stewart/Flickr

In Sweden there is a rule that is known as ‘within your four walls’, which basically means that anything that goes wrong in your apartment is your responsibility to repair – and you are required to keep the apartment in good order. If you don’t, the housing association can penalise you. Exceptions to this rule include things like common plumbing, meaning if pipes that are shared throughout the building burst it is the housing association that is responsible for any repairs. If there is a dispute contact HSB, the Swedish Cooperative Housing Association. They will be able to advise you on your rights and responsibilities.

Buy homeowners’ insurance and keep it up to date. Swedish homeowners’ insurance is pretty comprehensive and will cover most everything, with a small deductible. Many people buy insurance that covers all electronics, so if you drop your phone in the toilet or spill a drink on your laptop it will be covered by insurance, saving you vast amounts of money.

And that’s all you need to know! Happy hunting for that perfect Stockholm apartment and don’t let the stress get you down.