Stockholm's Artistic Subway Stations Will Blow Your Mind, Here's Why 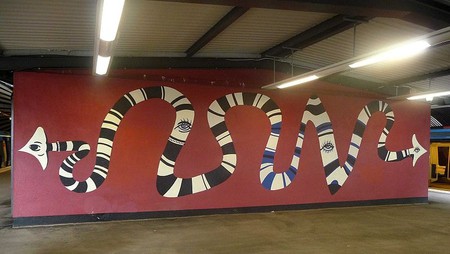 The subway can be a soul-crushing place, especially during rush hour. It can mean being crammed into a metal tube with no space for your arms, balancing your bags, and having your face pushed into someone’s armpit. It is rare that people would look forward to going into a subway station.

The subway is something that we accept as a necessary way to get around quickly, rather than something we enjoy. However, in Stockholm, SL, the company who manages all of the public transport in the city, has worked hard to make subway stations exciting and interesting places.

Of course, there was little to be done about trains getting busy, but they felt they could make the commuting experience more enjoyable by making the station themselves more beautiful places to be. 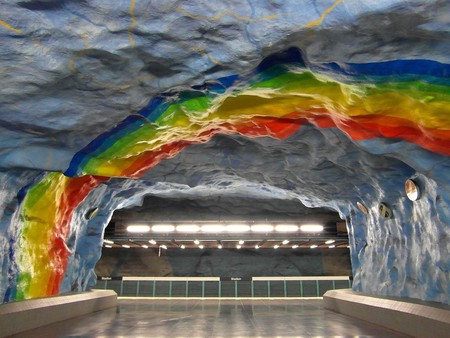 That spurred them to turn Stockholm’s subway stations into one long public art gallery. In fact, it has been called ‘the longest art gallery in the world’ by some because of its scope.

Stockholm is not the first city to see subway stations as more than transport stations. The Moscow metro is famous for its ostentatious stations, which were designed to show the power and ability of the Communist government to create something beautiful.

In Stockholm though, the quest to make the subway into one big public art gallery is done in a far more subtle and collaborative way. 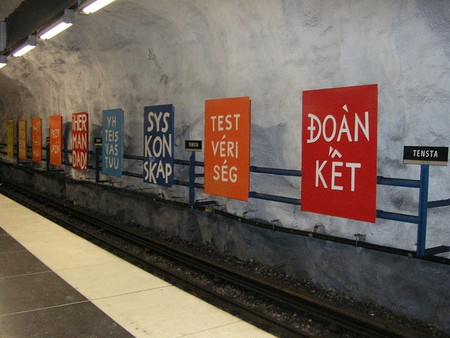 Part of the 'Rose for Immigrants' exhibition at Tensta | © Liftarn / WikiCommons

Art at over 90 stations

Each of the more than 90 stations with some kind of art in them are different, meaning each journey to a new station will give you a new style, a fresh idea, and an innovative concept to explore. Over 150 artists have left their mark on the subway. There are 100 stations on the Stockholm metro, so fewer than 10 have no art.

What makes it so special is while some of the bigger stations are covered with huge murals, mosaics and large sculptures, smaller stations have individual little touches that add a splash of colour and brighten your day. It really feels like each station has its own personality.

Stockholm’s subway is fairly young when compared to other systems. London’s, for example, was first opened in 1863, New York’s system got up and running in 1904, while Paris’ in 1900. 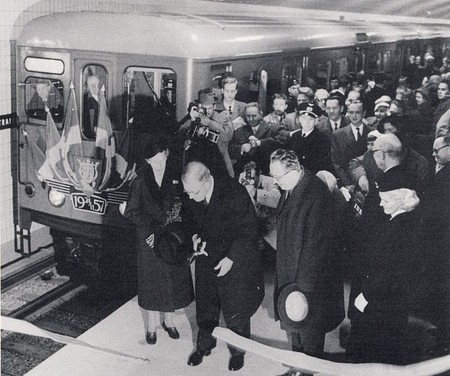 Stockholm’s was only opened in 1950, which meant the city had the chance to explore and get ideas from other cities that had been running their underground systems for much longer.

The municipality decided one way to make travelling more interesting would be to make the stations colourful, turning them into places you might actually want to visit.

SL first began to introduce art in stations in the late 1950’s, with the main station, T-centralen, being the first to get artwork. As the subway began to expand, they kept this sense of artistic flair and added paintings, sculptures, engravings, and installations to new stations. 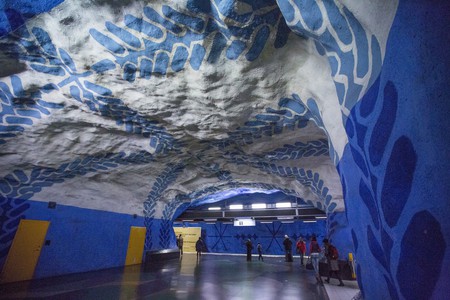 The amazing artwork at the central station | © Tony Webster / Flickr

When the blue line was first added in the 1970s, the people charged with decorating the new stations decided to leave much of the underground rock exposed and added paint and colours to it, creating stunning cave-like patterns on the huge rocks.

The top five stations to visit

With so many artistically designed stations, it can be hard to know where to begin on an artistic tour of Stockholm’s subway. You can almost just pick a station at random from the SL map and start there.

However, if you are pressed for time, there are some ‘classic’ stations to visit that arguably have the most striking and interesting art. This might be because of the sheer scale of them, or it could be because there is a powerful social message behind them, or perhaps it’s the fame of the artists who were chosen to decorate them. Regardless, there certainly are stations and artwork that stand out. 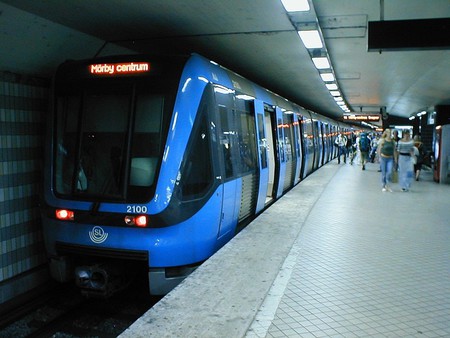 The subway is the best way to get around | © Jorges / WikiCommons

The Central station is an obvious choice and should not be ignored. Its blue-line platform features a stunning mural by Per Olof Ultvedt that’s simple but eye-catching.

After that, you could then head to Kungstradgarden where the station itself is below the beautiful park it shares its name with. The murals on the ceiling of the station tell tales about the history of the park above. 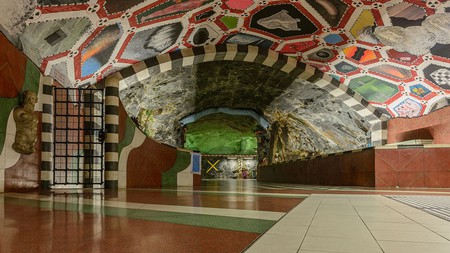 Hallonbergen is another station often suggested as one of the best ones to visit. It is in the suburbs and was opened as part of the million program, which hoped to give more houses to families in Stockholm.

Thus, the artists behind the station, Elis Eriksson and Gösta Wallmark, embraced the fact the station was new and young, and added cartoons and drawings to the artwork – both by themselves and by their own children. It is a great place to take kids. 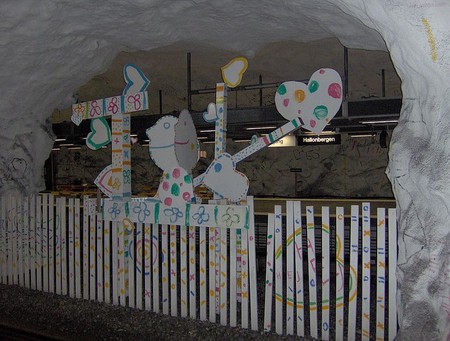 Part of the illustrations at Hallonbergens subway station | © Caeser / WikiCommons

The subway is a place for artistic expression

The Stockholm subway then is more than just a place to get the train. It is a place of creativity, a place of colour, and hopefully of joy.

If you are looking for a cheap way to explore Stockholm and to see some beautiful art, then there are few better ways to do that than by grabbing a day ticket for the t-bana and hopping on the subway.