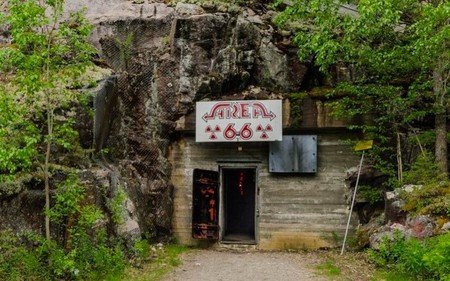 Forget Area 51, you’ll never get in there and you’ll never discover its secrets. Instead, head to northern Sweden and live in your very own atomic bomb-proof bunker.

Sweden’s real estate market regularly throws up some unusual living quarters, so it should come as no surprise that a bunker, a bomb bunker to be exact, recently went on sale – for that home-owner looking for something a little bit different. 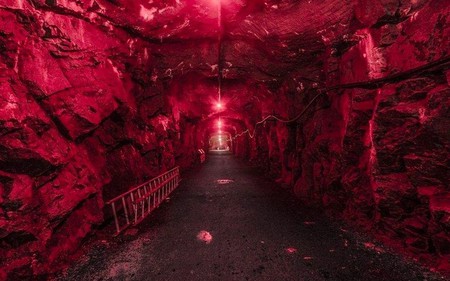 It's a welcoming home, no doubt / Photo courtesy of ObjektVision

Located in the northern town of Boden, the bunker complex was built about 100 metres into the side of a mountain. Realtors describe it as ‘atomic bomb proof’, which when taken alongside the decontamination centre, a level with a Star Wars theme, and in-house laser tag, means all your needs are more or less taken care of – if you’re one who leans towards the paranoid.

An estate agent working with the sale, John Nilsson told The Local: ‘It was built by the military during the post-war period in order to house military and municipal leaders in a threat situation so that all societal functions could continue’. 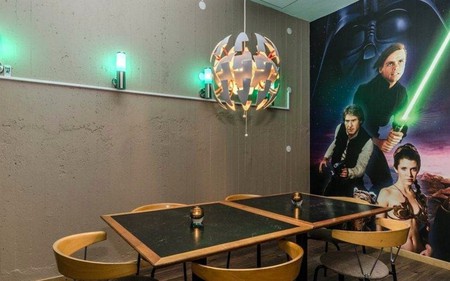 Nilsson went on to say the bunker was also designed to survive an attack from an atomic bomb, with airlocks, gas filters, and entirely self-sufficient energy and water supplies.

In order to enter the bunker you must walk down a long tunnel carved into the mountain, then pass through a steel door. After that you go through an airlock, which prevents contamination from entering the building, and then, if you really feel your guests are covered in germs, you can make them use the decontamination room, the original showers of which still exist. 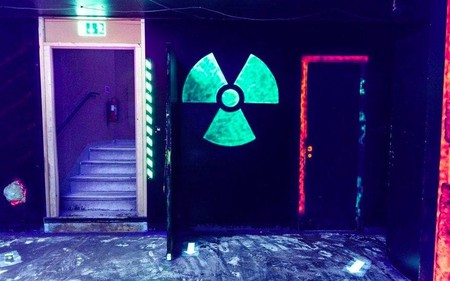 Once everyone’s clean and fresh, you’re in the two-floor bunker, which is built on rubber cushions to protect residents should there be an attack on the mountain.

What makes this one-of-a-kind offering even more attractive is the price. The entire bunker measures about 800 square metres and attracted offers of around two million Swedish kronor. Compare that to Stockholm prices, where two million kronor wouldn’t get you more than 30 square metres – in a suburb.