18 Film Posters That Capture The Essence of Sweden 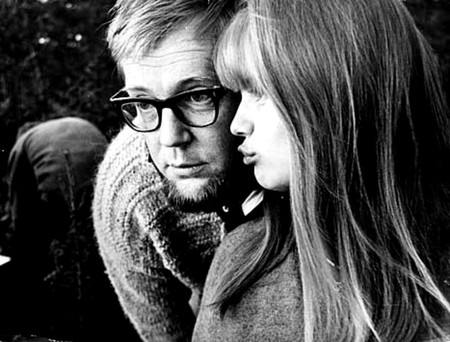 While Swedes themselves are generally even-keeled, logical, and tend to follow the rules; when it comes to films, however, it’s all shouty domestics, high crime, and being a rebel. These 18 film posters capture the essence of this odd quirk in the Swedish film industry—and maybe reveal who Swedes really are deep down.

Theatre-loving Lena is driven by her strong social conscience and a need to understand the world around her. She has a troubled relationship with her father due to his drinking. When she meets and falls for Börje, her values are put under the spotlight both due to his right-leaning attitudes and the fact that he is already in a relationship and has a child. Lena retreats to a cabin in the woods, where Börje finds her. She discovers more of his lies and they fight, but they eventually make love—and it’s the open attitude towards sex that made this film such a scandal when it was released in 1968. I am Curious–Yellow perfectly reflects the Swedish attitude towards sexuality, which is that people have sex, and it’s not something to be ashamed of. 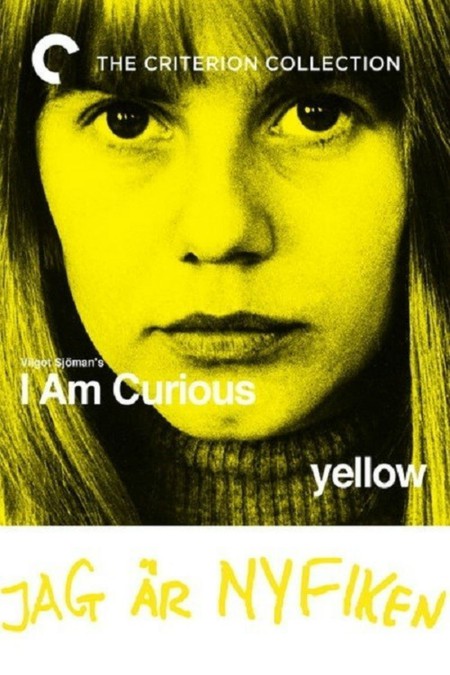 This Oscar-nominated film tells the story of 12-year-old Ingemar who is sent with his brother to live with relatives after his mischievous ways wear on his mother. What Ingemar doesn’t know is that his mother is terminally ill and as he must deal with his new world, populated by small town eccentrics. He continues to be moved about but learns about life’s tough times and about finding love, affection, and acceptance in the most unexpected places. My Life as a Dog looks at loss, forgiveness, new beginnings, and what it means to be a child in a world that is confusing, to say the least. 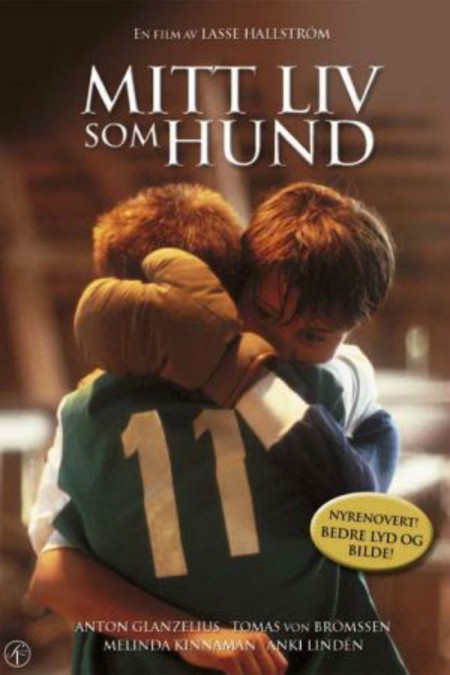 Director Josef Fares moved to Sweden when he was 10 years old, and his films have put the immigrant experience in Sweden into sharp relief. Jalla Jalla, Fares’ debut, is a warm, funny film that looks at love between an immigrant and a Swede. Will the Swedish girl’s family accept Roro? Can Roro escape the marriage arranged by his family? And what about his best friend, Måns, who happens to be in love with the girl Roro is supposed to marry? The film stars Fares’ brother Fares Fares (no, that isn’t a typo), who has gone on to be one of Sweden’s most successful actors. 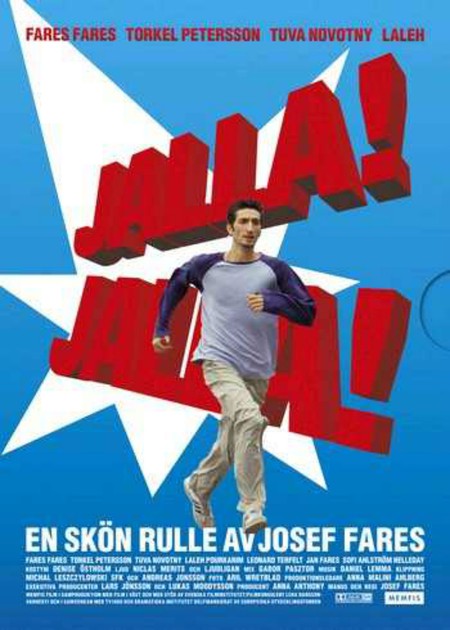 The next film by Josef Fares is also a comedy. While this film again stars Fares Fares and Torkel Peterson (with the obligatory cameo by Fares’ father), immigration isn’t really mentioned this time. Instead, it’s a look at small-town Sweden where life is so peaceful there is absolutely no crime. When the police force is under threat of being dismantled, the local cops start staging crimes such as burning down a local-hot-dog kiosk, hiring a local drunk to steal, and in what is one of the funniest scenes ever, faking a shootout. 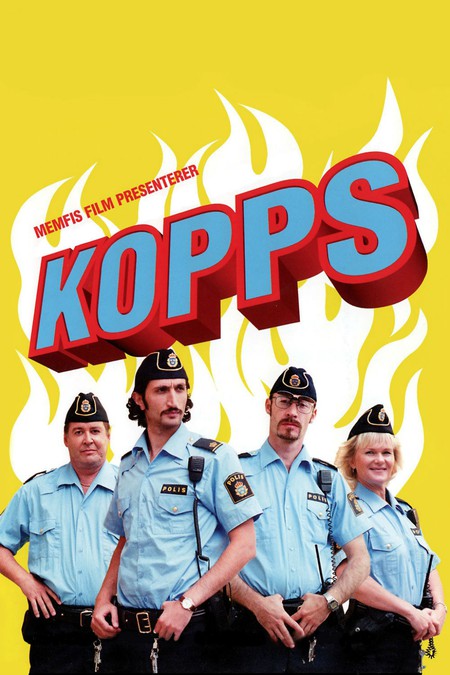 With this film, Fares explores his own story and thus the story of immigration and refugees in Sweden. Fares came to Sweden as a boy after escaping the civil war in Lebanon and this film is a reflection of that turbulent time. The film was instrumental in revealing the other side of the immigrant story in Sweden, where immigration has been steady, and where the debate can sometimes get heated. 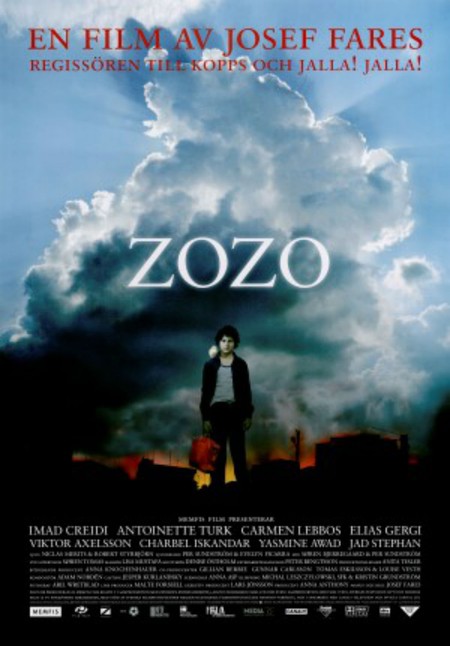 Swedes don’t really do flash, yet the story of JW, a young man who came to Stockholm from the countryside, is all about not just living the flash lifestyle but also what a person will do to maintain appearances. JW is sucked into a life of crime and from there, it all goes pear-shaped. Fast Cash is a morality tale that keeps with the Swedish attitude of don’t commit crimes and don’t seek to rise above your station. 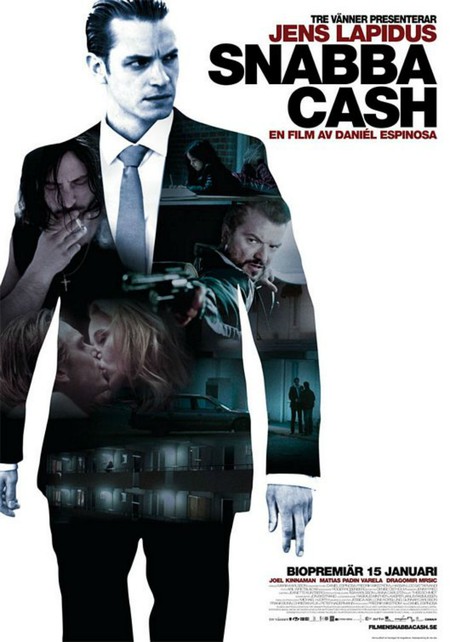 Ingmar Bergman is considered by many to be the greatest filmmaker of all time, and Fanny och Alexander is among his greatest works. The story of loss, chilly-familial relationships, and alienation is in keeping with Bergman’s rather grim view of life as well as somewhat morose-Swedish attitudes of the time. While the film ends on something of a high note, it would be difficult to call it uplifting. It’s somber like many Swedes were at the time. 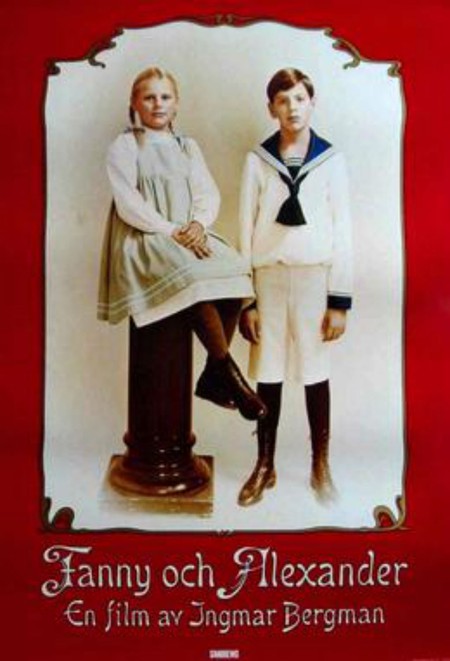 The story of Karl-Oskar and Kristina, who emigrate from Småland to America during the Great Swedish Migration that saw 1.5 million Swedes leave their homeland for America in search of a better life. The story focuses on Karl-Oskar and Kristina as well as their family, friends, and local villagers—who all have their reasons for wanting to leave their beloved homeland including poverty, bad marriages, and hopes for adventure. Based on the four-book The Emigrants series by Wilhelm Moberg, Utvandrarna is really the story of Sweden and how it evolved during difficult times. So many Swedes having relatives and descendants living in America makes this story particularly timeless. 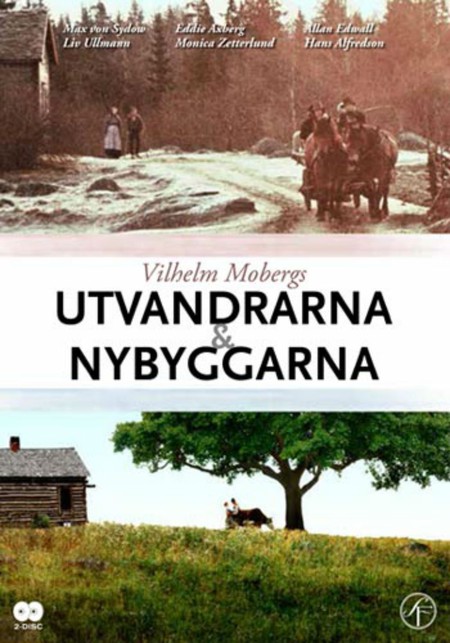 Widower Ove Lindahl is depressed and feeling left behind after his wife dies and he starts being pushed out of his long-time job. Every time he attempts suicide (which never works out), he flashes back to a seminal moment in his life such as the death of his father or when he saved two people’s lives. Through his foiled-suicide attempts, he gets to know his neighbours and develops new relationships. When he does eventually die, he is honoured by his village. A Man Named Over, by the way, is a comedy. 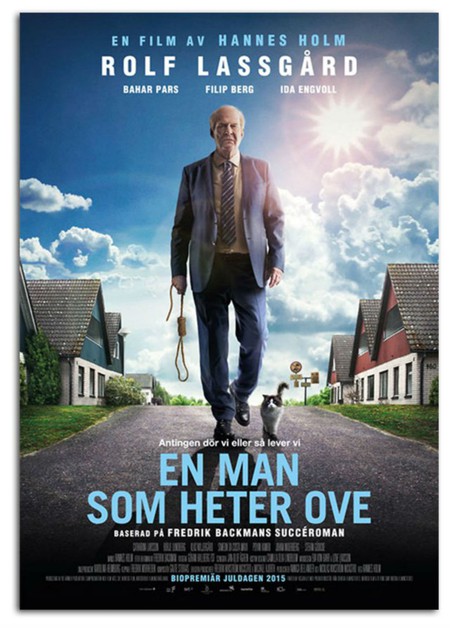 Sweden does not dole out harsh punishments to criminals, but if someone is imprisoned, they can have a tough time upon release. Efterskalv (The Here After) explores the inability to escape one’s past, society’s hypocrisy towards those they punish, and how to move forward and deal with life when the target of so many whispers. By many standards, the protagonist is not a nice guy—he killed his girlfriend—but the film shows another side of the man and leads to many difficult questions. 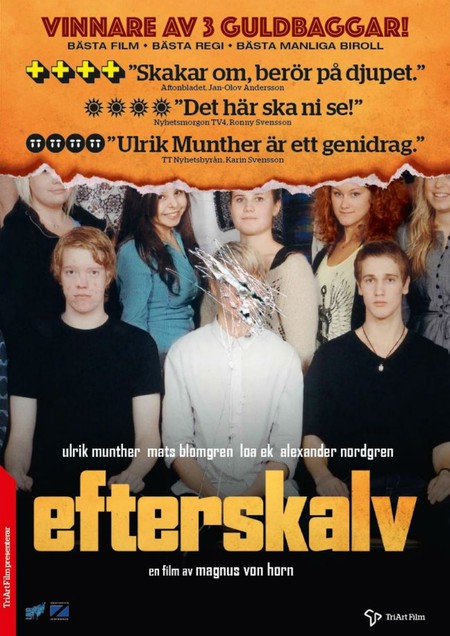 Another film where the past and present mix, As it is in Heaven, is the story of successful conductor Daniel Daréus who retires to the same small village in the north of Sweden where he was viciously bullied as a child. Through starting a local choir, he rediscovers his passion for music and also finds love—albeit after a few complicated miscues. The film reflects Sweden’s navel-gazing tendencies and ability to hold on to memories long after they would have faded for many. 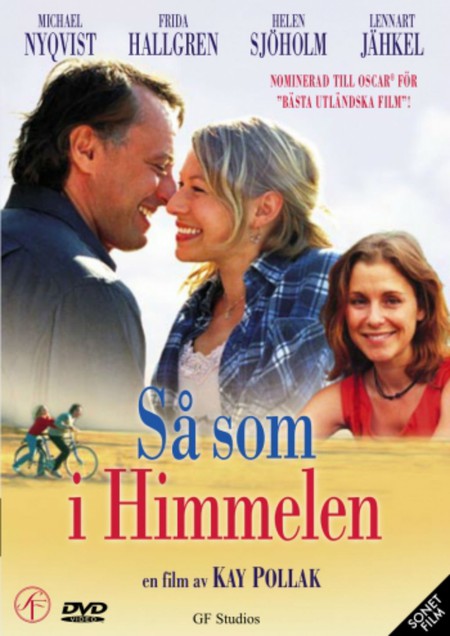 In small-town Åmål, Elin is popular but dissatisfied while Agnes is depressed and has no friends. Agnes is in love with Elin but doesn’t know how to deal with it. Concerned about her solitude, Agnes’ parents decide to throw her a 16th birthday party—where all sorts of complicated-teenage drama ensues. Without giving away too much of the plot, the film is not just an exploration of how dull small-town Sweden can be for teenagers but also an exploration of the roaring passions of teens as well as forbidden love and acceptance. 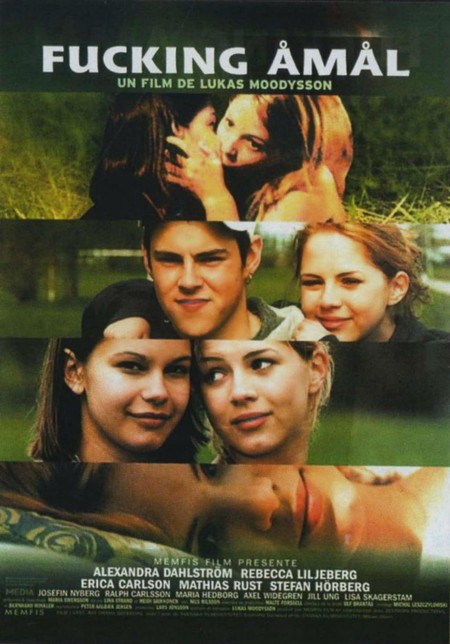 Love him or hate him, Lasse Åberg is something of a national treasure and Charter Trip is the perfect vehicle for his goofy, obvious kind of humour. It was never going to change the world, but the certain strain of Swedish humour used is perfect for the film. 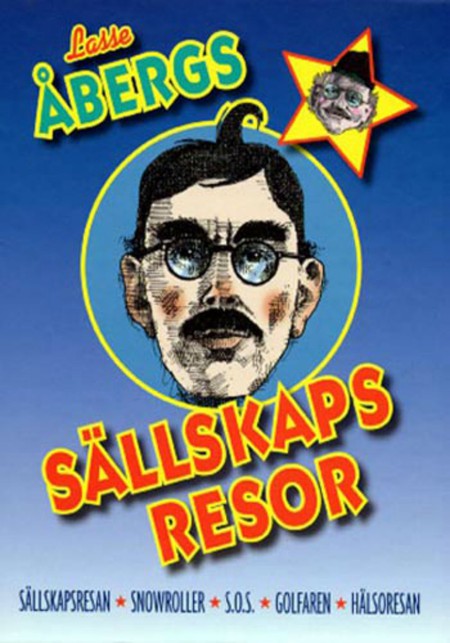 Set in present-day Sweden, Eat Sleep Die points a somewhat angry finger at Swedish society. 21-year-old Rasa’s life changes drastically when she loses her factory job while also having to take care of her ill, immigrant father. Her life suddenly becomes an endless round of job coaches and job hunting in her small town. Despite her obvious intelligence, her limited skills are not in great demand. The film is critical of how small-town Sweden treats immigrants and capitalistic mores, and it looks at the harsh reality of life’s unexpected traps. 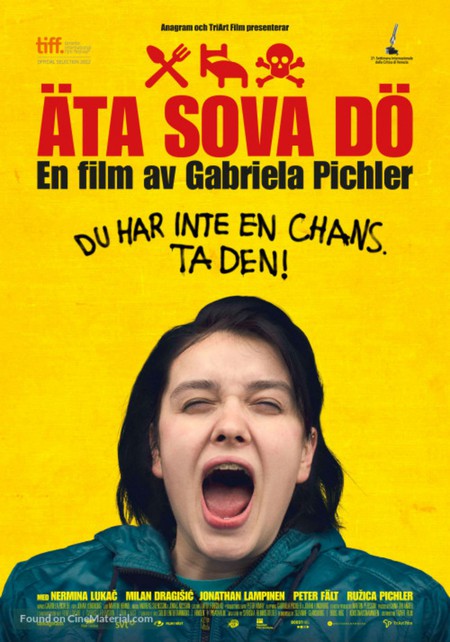 Along with Greta Garbo, Ingrid Bergman is among Sweden’s greatest acting exports. This documentary (I am Ingrid), based on Bergman’s own diaries, looks at a different kind of immigration: one based on talent and opportunity. Bergman’s reputation as a loving, caring woman takes a hit as this documentary reveals her to have all the ego of any big star and a person who puts her needs before anyone else’s. A fascinating study of the person behind the persona. 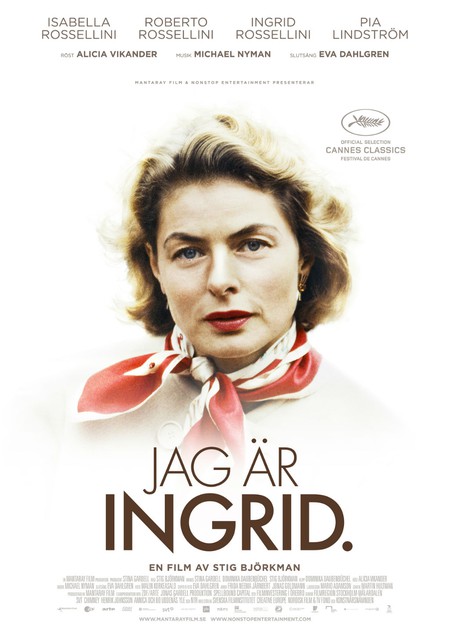 The Girl With the Dragon Tattoo (original name: Men who hate women) is among the best-known Nordic Noir stories and the original-Swedish film is grittier, truer to the book, and generally more Swedish than the Hollywood version that came after—particularly when it comes to the portrayal of Lizbeth Salander. As far as seeing Sweden—and Stockholm in particular—there’s not much better than this despite the over-the-top story that feeds into Swede’s need for high crime and misdemeanours in their art. 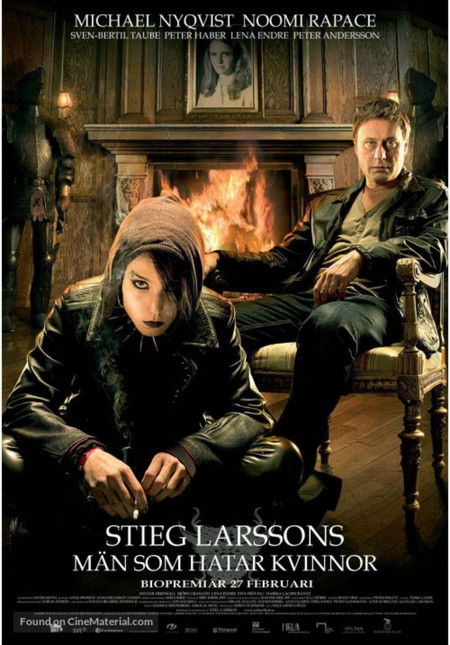 Another film featuring an immigrant. Lilja 4-ever examines human trafficking and sexual slavery, subjects close to the Swedish psyche thanks in part to Sweden’s Queen Sylvia making this among her top causes. Lilja is from the former Soviet Union and when her mother abandons her to move to America, Lilja lands in Sweden. This is where her life begins a downward spiral. The ending is ambiguous, and the story is a brutal look at how easily one’s life can go into freefall when those meant to protect you fail miserably. 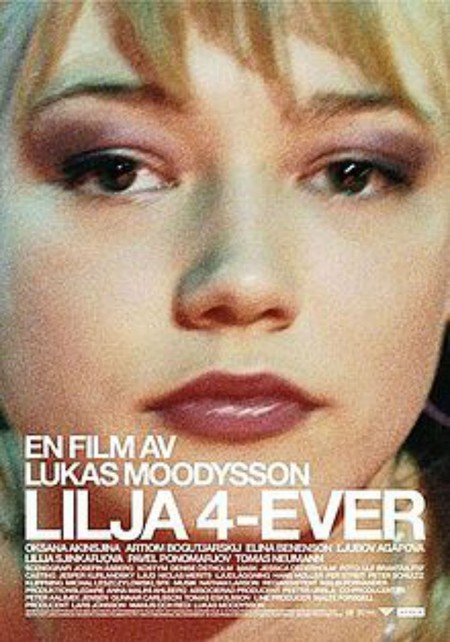 Allan Karlsson is about to turn 100 years old. A big party is planned at the old-age home with local politicians and the local newspaper invited. Despite being an ancient pensioner, Allan remains full of piss and vinegar and instead of attending what promises to be a boring party with boring speeches, he climbs out his window and disappears to have loads of adventures. At the same time as his end-of-life breakout, the story of Allan’s adventurous past is revealed such as hanging with luminaries such as Harry S Truman and Winston Churchill. It may sound like Forrest Gump, but it’s far more than that—it’s an exploration of life itself and the inherent value everyone has. 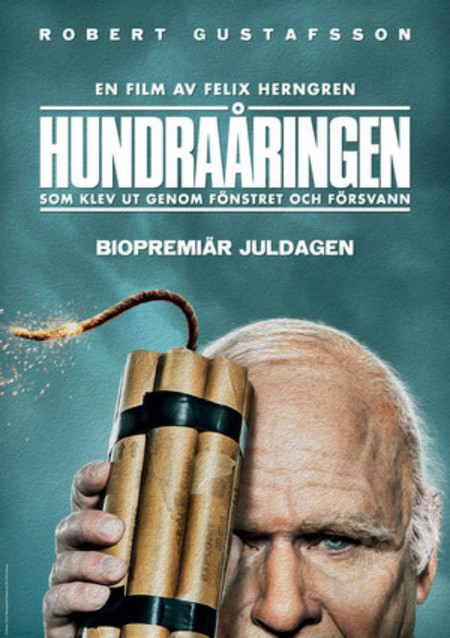