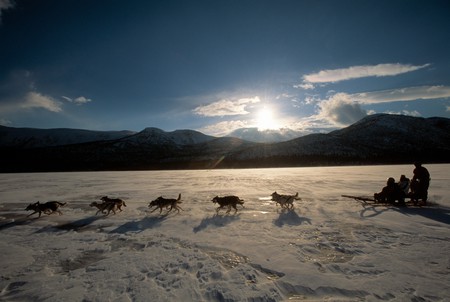 Even with its extremely well-developed national transport system, Sweden is full of remote places that are super-hard to get to. The country is vast and long, with wide swaths of unspoiled nature – and the majority of the population lives in the lower third of the country. Many of the hardest places to get to are very much worth the effort, however; here are 11 remote spots to visit in Sweden.

One of Sweden’s 29 national parks, Kostervavet is also the country’s first – and only – national marine park. Containing coral reef and unique flora and fauna, this gem in the Skagerrak Sea is about two hours north of Gothenburg, and while it’s becoming increasingly popular, it’s still something of a hidden secret. 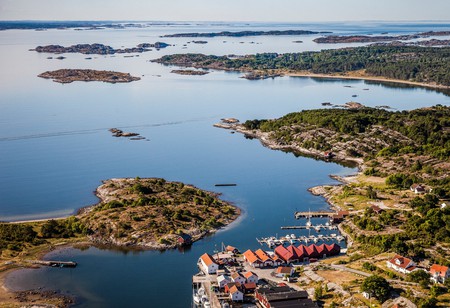 Considered one of the most visually stunning areas of Sweden, the High Coast (Höga Kusten) is a World Heritage Site located in the far north of the country. While you’ll find villages and towns along the coast itself, they are far and few between, and interrupted by endless forest and rocky coastal areas, where you’ll find some of the country’s best, and most challenging, hiking areas. 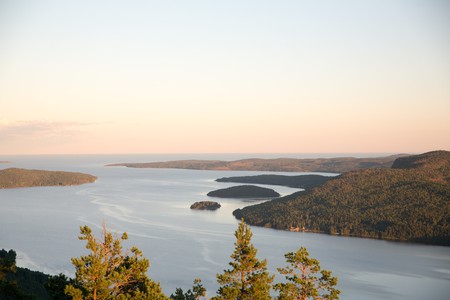 Located in the far north, in the northernmost arm of the Baltic Sea, the Gulf of Bothnia (Bottenviken) is surrounded by dense forests and is frozen for at least five months of the year. With Sweden to the west and Finland to the east, numerous rivers drain into this area from both countries. The archipelago is stunning, and while there are a number of small villages and towns in the area, getting here is a mammoth undertaking: from Stockholm it will take you up to 16 hours by train, and slightly less by car, if the weather cooperates.

Added to the UNESCO World Heritage list in 1996, Gammelstad in Luleå is the best-preserved and most extensive historical church town in the world. There are more than 400 church cottages gathered around the medieval stone church, which dates back to the 15th century. It’s far up in the north of Sweden, and it’s quite the journey getting here. 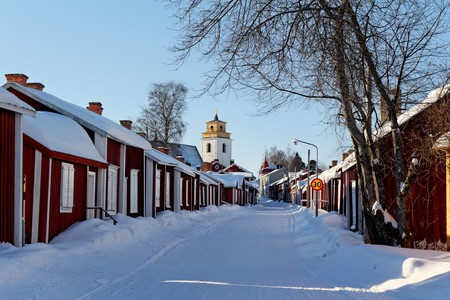 Abisko is located near Kirnua in the Arctic Circle and has 7,700 hectares (30 square miles) of national park to explore. While it’s remote and parts are extremely mountainous, you can stay safe by sticking to marked trails. The mountain lakes in particular are worth seeking out, although, again, do stick to the trails. This is truly remote Sweden, and safety should always be kept in mind. Sweden’s highest mountain, Kebnekaise, is in this park. 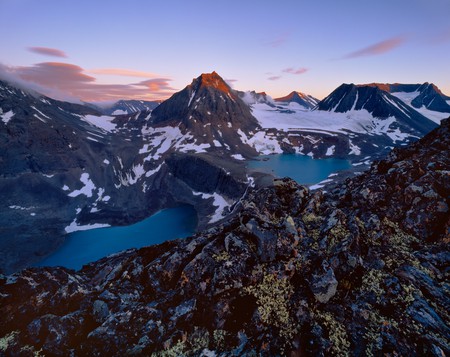 This remote area in western Sweden is part of Dalarna province, and is home to less than 2,000 people. These people are the last in the world to speak Elfdalian, a unique language with traits of Old Norse. Here you’ll also find the Hykjebergets Nature Reserve, which was inaugurated only in 2016. If you venture out into the forests to the west, you’ll eventually reach Norway, where you’ll find more forests and plenty of wild animals. 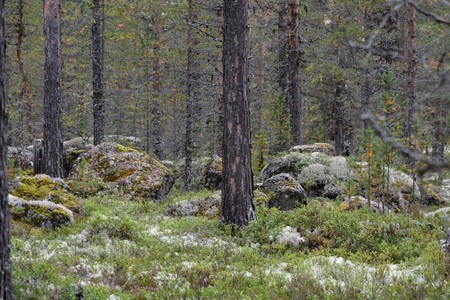 Known as the ‘King of all Mountain Trails’, the King’s Trail (Kungsleden) is in the far north of Sweden, with a 440-kilometre (273-mile) hiking trail that passes through the Vindelfjällen Nature Reserve, one of the largest protected areas in Europe. It runs between Abisko and Hemavan, and while it’s equipped with mountain cabins and huts, it’s rough, wild and hard to get to, but very much worth the effort. Blessed with nearly 24 hours of sunlight in summer and almost no sun in winter (although moonlight refracted on the snow lightens things up quite a bit), you will want to educate yourself before tackling this remote area. 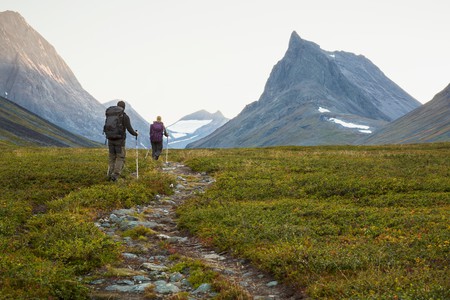 Few know the exact location of this statue other than that it’s located deep, deep in the forests of the Swedish province of Härjedalen, which makes it the perfect homage to one of the world’s great recluses. Härjedalen hugs the Norwegian border and is remote, wild and heavily forested; the statue is rumoured to be relatively close to the village of Lillhärdal. It was created by Icelandic artist Jón Leifsson, and finding it is not easy, but it’s worth the trouble, as the peacefulness of the setting feels almost spiritual. 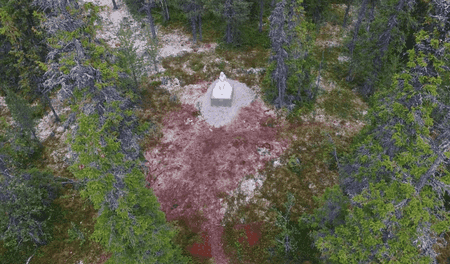 The Statue of Integrity | © vimeo.com

Located south of Padjelanta National Park (which is also well worth visiting while you’re in the area) the landscape in this area is all about nature. It’s dominated by mountains and low-growth vegetation such as moss, as well as fjällviva, a species found only in Scandinavia. In this protected area, about 50 kilometres (31 miles) northwest of Kvikkjokk, you are allowed to camp, hike, pick berries, hunt, fish and do anything else you want as long as you respect your surroundings and the people you may (or may not) encounter. 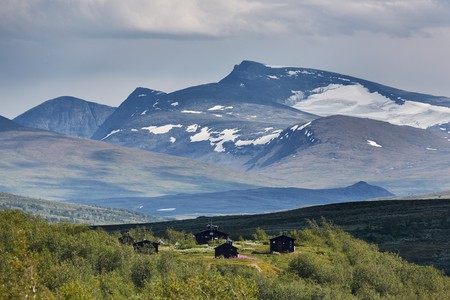 It’s a minimum one-day hike to reach the top of Skierfe (although some may take as many as three days), where you’ll find an iconic cliff and views of Rapaätno and Sarek from the summit. The mountain is part of Sarek National Park and its western wall is almost a straight drop down to the Rapa River and the delta, so watch your step. 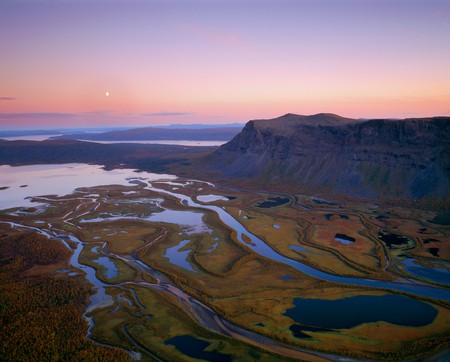 These views are tough to beat | © Anders Ekholm / Folio / imagebank.sweden.se

Just north of the Arctic Circle and about halfway between Finland and Norway, the tiny town of Jokkmokk has seemingly been plopped down in the middle of the thick green forest that is all around, as far as the eye can see. Tiny though it may be, Jokkmokk is an important cultural hub for the indigenous Sami population (the name means ‘river’s bend’ in Sami), and it’s also where the Great Winter Market has been held on the first Thursday of February every year since 1605, with not a single year missed. Pretty impressive when you think about it.