New Year's Fireworks in Stockohlm | © Benjamin Horn / Flickr
As winter begins to really take hold, Swedes love any excuse to throw on their glad rags, shake off the cobwebs, and forget about the weather by going to exciting events and attending enjoyable parties. New Year’s Eve is the perfect time for Stockholmers to venture out and celebrate.

Stockholm offers something for everyone who comes to town for New Year’s. There are celebrations for party animals who want to dance all night, there are outdoor events for those willing to brave the cold in exchange for beautiful views, there are more relaxed parties for people looking for something a little lower key, and there are special events hosted in unusual locations. Here are ten of the best places to spend the New Year in Sweden’s capital.

Museum
Book Now
The open-air museum Skansen is located on the stunning island of Djurgarden and is one of Stockholm’s most popular museums. The idea of the museum is to illustrate what life was like in Sweden before the industrial era, and in that vein, their New Year’s celebration is based on traditional Swedish ways of ringing in the coming year. This includes performances of old Swedish music and the recitation of the beautiful Lord Tennyson poem “Ring Out Wild Bells.” Owing to its location, Skansen has outstanding views of Stockholm as well as a champagne bar and restaurant that will be open during the festivities. It is an exciting and unique way to spend New Year’s.
More Info
Open In Google Maps
49-51 Djurgårdsslätten, Östermalm Stockholm, Stockholms län, 115 21, Sweden
+4684428000
View menu
Visit website
Visit Facebook page
Send an Email
Give us feedback

Music Venue
One of Stockholm’s best gig venues, which has featured artists like Loyle Carner this year, as well as hosting a jazz brunch, Sodra Teatern is one of the coolest spots in Stockholm. For this year’s New Year’s bash, they have two different offerings depending on what you are looking for. If you just want a night out, then they will be playing excellent hip-hop, jazz, and indie music all night in their wonderful club. If you want to have a meal, then they have a seafood buffet with two different seating times, meaning you could eat and then go elsewhere or fill up on seafood before hitting the dancefloor. Sodra Teatern also has a lovely terrace with beautiful views of the city.
More Info
Open In Google Maps
1 - 3 Mosebacke Torg, Södermalm Stockholm, Stockholms län, 116 46, Sweden
+46848004400
View menu
Visit website
Visit Facebook page
Send an Email
Give us feedback

Natural Feature
Picnicking at Stockholm's highest point | Picnicking at Stockholm's highest point
Another outdoor spot with stunning views, Skinnarviksberget is the highest natural point in Stockholm and thus gives you the chance to see Stockholm lit up and the city’s fireworks from an amazing vantage point. It would be a great spot for a couple to have a romantic picnic while watching this stunning display. If you are going to take alcohol with you, you have to ensure you get to Systembolaget, Sweden’s state-owned alcohol shop, nice and early to avoid queues. If you are looking for a romantic and cozy spot then this is the place. Just remember to bring a blanket!
More Info
Open In Google Maps
Skinnarbacken, Zinkensdamm, Södermalm Stockholm, Sweden
View menu
Visit website
Visit Facebook page
Send an Email
Give us feedback

On the opposite end of the spectrum is Demokratiskt Dansgolv, hosted at Debaser—a club and gig venue that rivals Sodra Teatern as one of Stockholm’s best. Demokratiskt Dansgolv means “democratic dancefloor” and is based on a simple principle. Two sets of DJ’s play and at the end of their sets, attendees get to pick who plays on. It is a fun and interesting twist to what is already a brilliant club night with excellent music. This year one set of DJs will be spinning mostly R&B and hip-hop tunes while another will stick to alternative and indie music. There is something for everyone and a bonus is that you’ll be based in one of the coolest parts of Stockholm—Sodermalm.

If you are looking for something more refined than Sodra Teatern’s hipster aesthetic, then Kaknas Tower and its glamorous Sky Bar could be a great choice for you. This striking television tower was built in the 1960s and opened by Olaf Palme—at the time Sweden’s communication minister and eventual Prime Minister. If you are looking for a real gastronomic experience, then the Tower’s restaurant is superb and you will not find a better place to view the New Year’s fireworks than from the Sky Bar. There will be music and dancing but in a more relaxed and laid back atmosphere than a club. 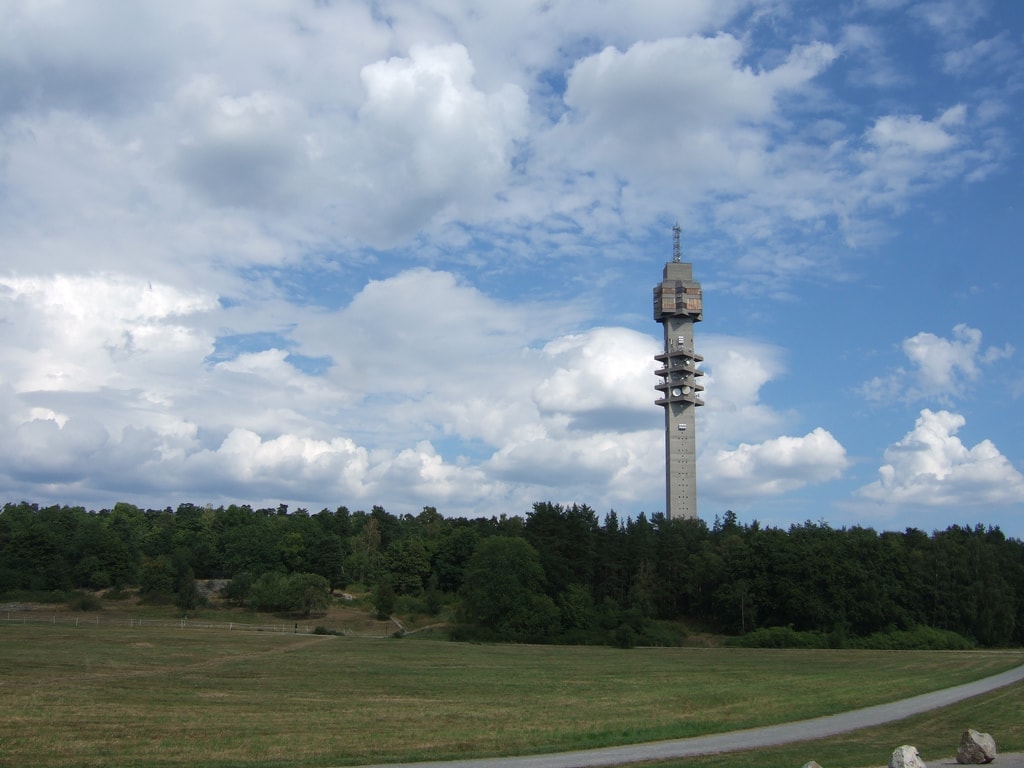 During the summer, Under Bron hosts a club called Tradgardsgarden, which is one of the best and hippest spots in Stockholm. They bring all of the fun, excitement, and understated coolness that makes Tradgardsgarden such a great night out to their non-summer clubs nights, as well as their New Year’s Party. The only real difference is that it’s not outside. It will be a great night for fans of house, electronic, and dance music with three amazing local DJ’s: Dear David, Kajsa Haidl, and Olle Oljud all playing. It is guaranteed to be one of New Year’s Eve’s best nights out.

If you want to do something refined and sophisticated, then Engelbrekt Church will be hosting their annual and well attended Beethoven concert that features some of Stockholm’s best classical music performers as well as some of the great composer’s best-known music. If you are looking for something highly cultured and relaxing to do this New Year, then this would be a brilliant place to go. As it begins at 4:00 p.m., you can always go to the concert for the afternoon and evening before going to a party or restaurant elsewhere. 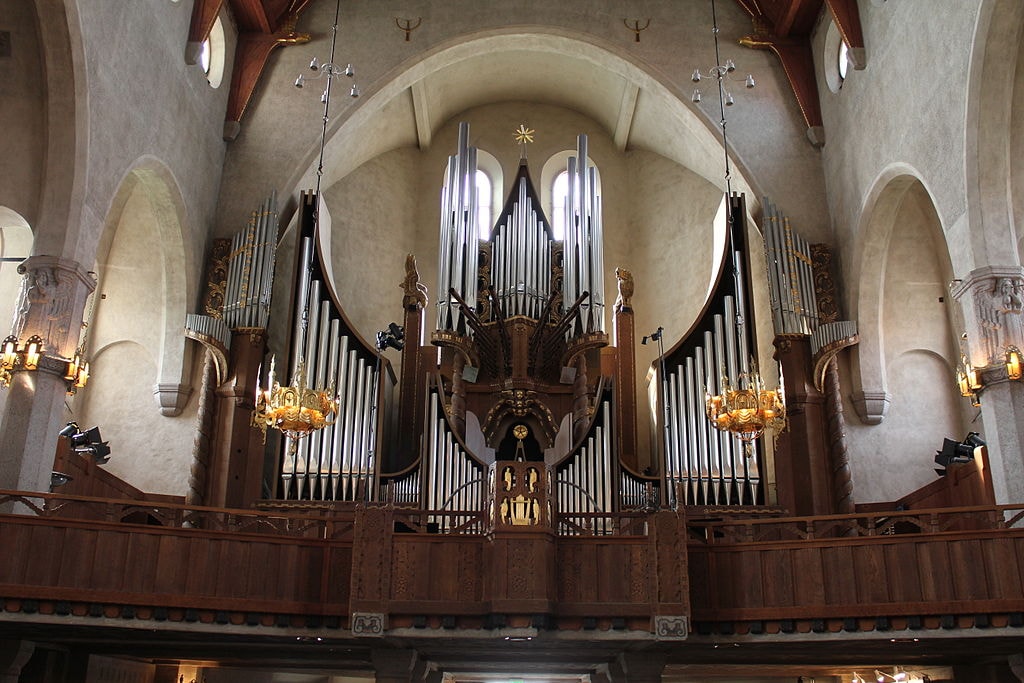 If you are looking for a place to dance that is more glamorous than Under Bron or Debaser then this is the place for you. With a smart dress code, a spectacular venue in Sturecompagniet’s legendary club, and a range of DJ’s playing great dance and club music, Legendary New Year’s is an event that has been going for over 20 years and has attracted a number of A-list guests. If you want to dance the night away at Stockholm’s most exclusive club, then make sure to get a ticket sooner rather than later.

Another place that is more of a vantage point that a venue, Skeppsbron is a beautiful, long avenue in the Old City of Stockholm, right by the water. The city has recommended it as one of the best places to catch the fireworks and it will be full of people excited to ring in the New Year, so it will have a special buzz. On the streets adjacent to Skeppsbron, like Osterlanggatan and Baggensgatan, there is a selection of great bars and restaurants you can check out before securing your place on Skeppsbron. 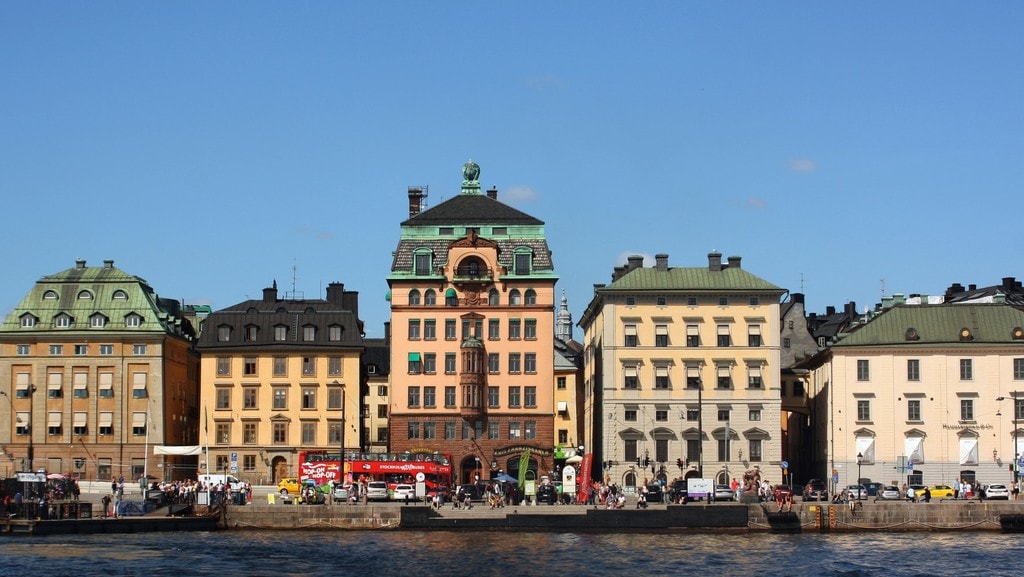 Skeppsbron is a beautiful street in Stockholm | © Blondinrikard Fröberg / Flickr

For people who want great food but still want a place to party, Eatery Social’s New Year’s event gives you the best of both worlds. Eatery Social is one of the most interesting restaurants in Stockholm, as it blends together the best of North, Central, and South American cuisine to create a menu different from anything else in Stockholm. Their New Year’s menu is a five-course tasting menu accompanied by a glass of champagne. After the food has been served, the restaurant breaks into two halves—one with a more relaxed atmosphere and the other spiced up with DJ Johan Bohlin spinning up some tunes. If you want good food and good music be sure to check it out.