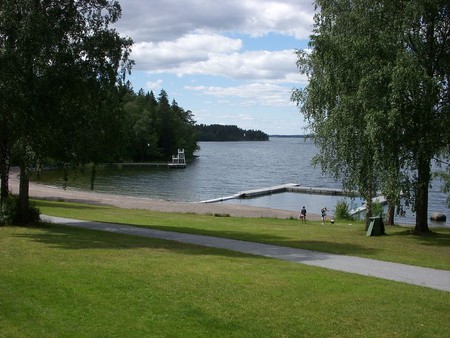 Djurgården, once the royal hunting grounds, is more or less the lung of Stockholm and this fantastic area on the edge of the Östermalm neighbourhood is a heady mixture of paths that run along the water, across open fields, and through deep forests. Start at the Blue Gate, just to the left when you cross Djurgårdsbrunn. From there, run along the path with the water along your left. As you go you can, depending on your stamina and how long you want to run, divert your route into the woods or loop back through into the museum district. 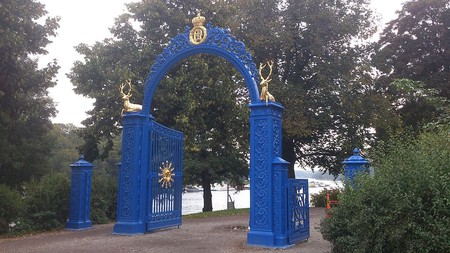 Known as the ‘Island of Health’, Lidingö is covered with areas for exercise bunnies. It’s even home to the Swedish Sports Confederation’s development centre, where quite a few of Sweden’s elite athletes train. For runners head over Lidingöbron (Lidingö Bridge), which has dedicated running/walking and cycling paths. At the end, as you enter the island turn to the right and follow that path along the water, which will take you through forest, parks, tranquil neighbourhoods and eventually an area called Gåshaga, where you can hop on a ferry back to the city. 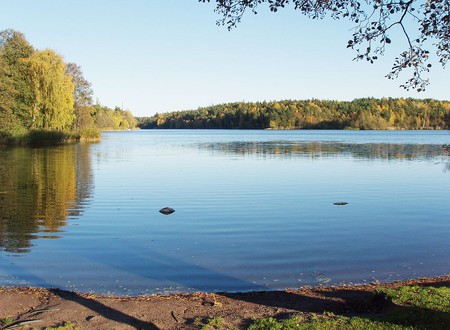 Perfect for running in both summer and winter, Hagaparken is located just north of Stockholm and can be reached on foot in just ten minutes from Odenplan. The best route is arguably the 11km loop around the lake, which can be easily extended. This park has loads of paths to run away from the water as well – lots of forest and open fields – and since it’s so popular with runners you’ll be sure to pick up some tips. 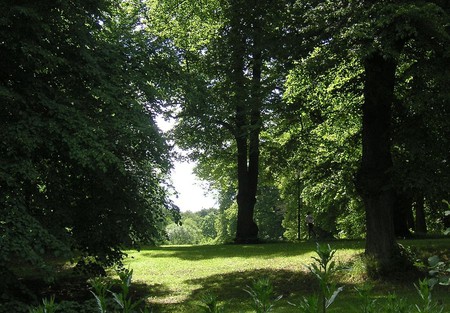 Just south of Södermalm, Årstaviken is a beautiful and fairly straightforward run of about 8km stretching from Skanstullsbron (Skanstull’s Bridge) to Liljeholmensbron (Liljehomen’s Bridge). What makes it so beautiful are the old boats, warehouses and cottages that dot the area, along with woods and slight cliffs. Most of the way the canal will be right alongside you, and because this path is maintained year round you can run even in the colder weather. 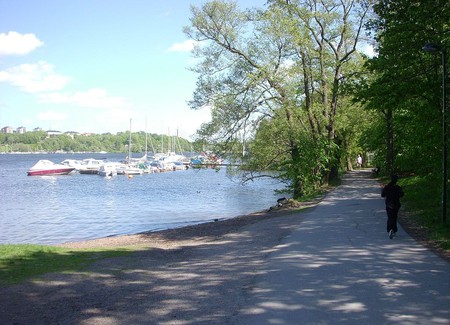 Södermalm may be crawling with hipsters but for runners in the city it’s the path that winds along the entire outer edge of the island that’s the real attraction. You can do a full lap of the island (around 11km), which is one of the biggest in Stockholm, and it’s got plenty of challenges if you want to avoid the completely level route, including steep stairs and plenty of up and down hill areas. That it rims the island means the views are pretty outrageous so don’t get distracted. 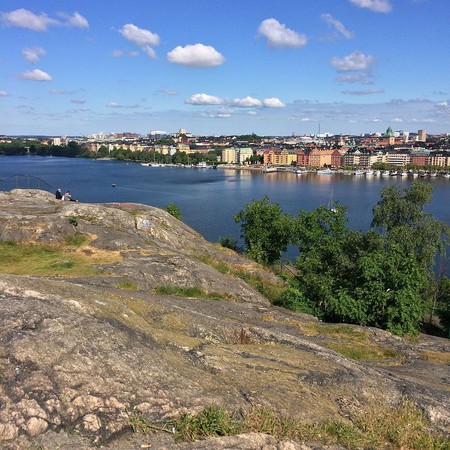 Short and sweet and utterly relaxing, a run around one of Stockholm’s smaller islands, Långholmen, is nearly perfect. It’s a moderate run and the charm of Långholmen will disappear behind you far too quickly, but since it’s super close to Södermalm you can extend the run in myriad ways, such as using Slussen as your starting point, or maybe Mariatorget. 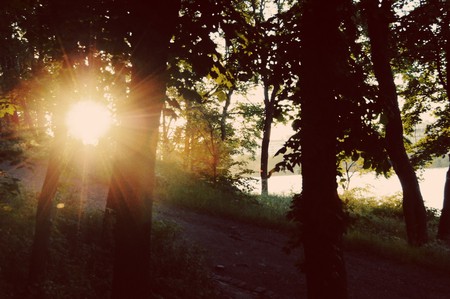 This area of the city is just starting to come into its own, which means it’s still peaceful and uncrowded, but new development has made the waterfront ideal for running, as well as cycling and similar pursuits. The best way to do this route is start at Hornstull and head over Liljeholm’s Bridge, down the stairs, and to the left. From there it’s along the water and through parks and forests – or you can cross a bridge along the way and head back into the city. Perfect for shorter runs. 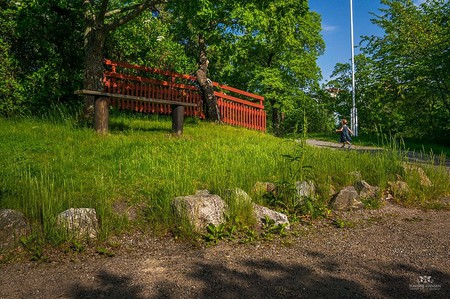 This gorgeous recreation area just south of the city is part of Nacka Reserve and is littered with marked trails so you can run as long (or as little) as you’d like. There’s a big lake that is perfect for running around, as well as plenty of paths through the forests – some more challenging than others. You can also combine your run with kayaking or canoeing, skating, cross country skiing or pretty much any other outdoor activity you can think of. This is a nature-lover’s paradise. 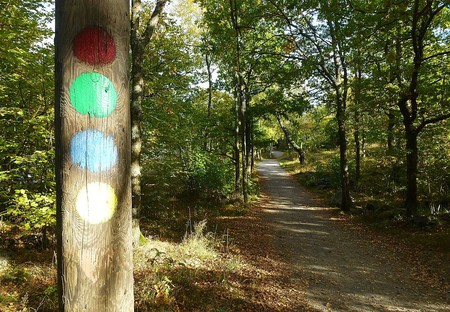 Much of the Kings Island, as Kungsholmen is known in English, is a bit ignored in Stockholm – it’s where you don’t go unless someone you know lives there or if you work there. Which all means that unless you’re hanging around City Hall or Rålambshovparken you’re going to find some pretty peaceful areas right in the middle of the city. To be honest, City Hall is a great place to start your run – begin at City Hall, with the water on your left, and soon you’ll pass Rålambshovsparken and be making your way around the whole island, which is one of the more gorgeous but lesser known routes in the city. 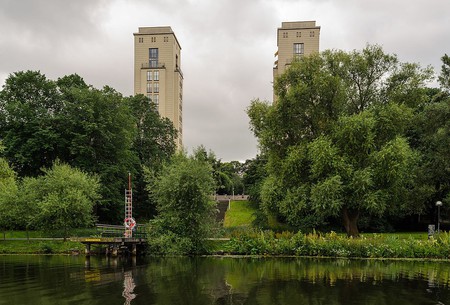 Nestled up close to Östermalm (and somewhat considered part of Ösermalm) Gärdet is open fields, manicured trails, and some deep forest – and the whole area is literally right at your door step. This is the perfect place for a bookend run – one that starts or ends your day. It will take you right to the outer edges of Djurgården so if you’re looking for a challenge combine the two areas and really go for it, all in the midst of some pretty heady scenery and plenty of peace.

Find the best, most peaceful running spots in Stockholm with this handy map: