Where to Find the Best Free Art in Barcelona 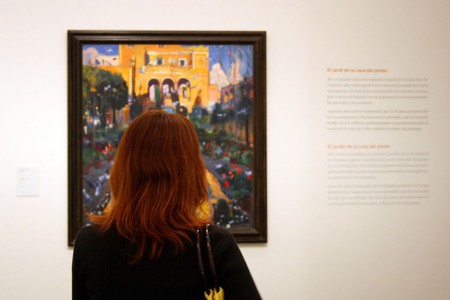 As the hometown of Picasso, and often frequented by Salvador Dalí, Ernest Hemingway and others, Barcelona is a city with a rich artistic heritage. Fortunately, not all of the art here costs to be seen: you don’t have to spend a penny to see great artworks. Here’s where to check out the city’s art for free.

Barcelona native artist Joan Miró decided to give back to the city by offering four public artworks to the Catalan capital. A large mosaic by Miró can be seen on the floor of La Rambla, just outside the Boquería market on the Pla de l’Os, the square from which it gets its name.

On the first Sunday of each month

Every first Sunday of the month, a large number of museums and art foundations in Barcelona open their doors to the public. Entrance is entirely free for the main exhibits on these days but they tend to be popular so get their early. 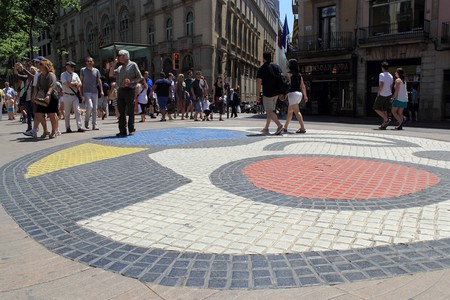 By the Barceloneta beach

There are a handful of public artworks to be found near the Barceloneta beach including The Wounded Star by Rebecca Horn – a stack of metallic boxes whose meaning remains a mystery. Another iconic artwork is The Face of Barcelona by Roy Lichtenstein, an Olympic Game-era statue which symbolises the vast change the city underwent at this time.

In the art galleries

Barcelona is renowned for its fabulous art galleries, featuring both homegrown and international talent. The Toni Tapiès gallery is run by the son of famous Catalan artist Antoni Tapiès and features work by his father and other 20th-century international artists, while Nogueras Blanchard is a gallery known for spotting up and coming artists. 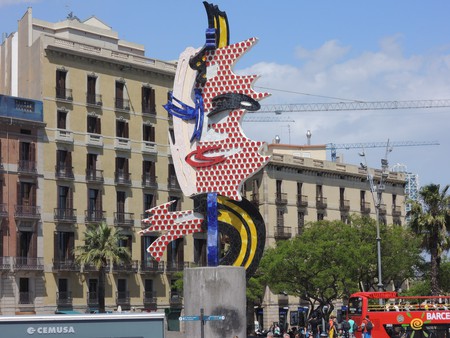 ‘The Face of Barcelona’ by Roy Lichtenstein | © Ajay Goyal / Flickr

That’s right, the second you step out of the airport in Barcelona you’ll be greeted by a 50 meter (164 foot)-long mural on the wall of the building. This was part of the series of public artworks the artist gave to the city and is made with nearly 5,000 coloured pieces of tile.

Outside the Joan Miró Foundation

While getting inside the Joan Miró Foundation will cost you the entrance fee, there are a number of sculptures on display for free in a small garden adjacent to the foundation. The Jardin d’Escultures or Sculpture Garden features work by a dozen exclusively Catalan artists such as Pep Duran, Perejaume, Enric Pladevall and Jaume Plensa. 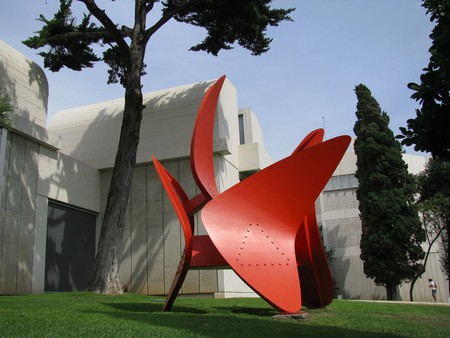 Barcelona is renowned for its incredible street art scene which has attracted contributions by street artists from the across the globe – artists such as El Pez and Xupet Negre have left their mark on walls, doors and street signs across the city. The Gothic Quarter, El Born and El Raval are some of the most popular neighbourhoods for street art and there are dedicated Instagram accounts and websites to guide you to the best.

So strong is the artistic spirit in Barcelona that you’re never very far away from free art. Whether it’s the dozens of public artworks across the city, the outstanding galleries or the free entrance days, access to art in Barcelona can be very affordable. 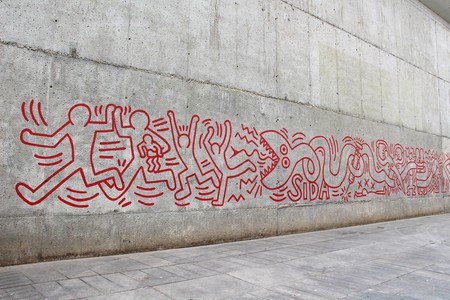