The Best Restaurants For A Menú Del Día In Barcelona

One of the best things about having lunch out mid-week is being able to find a good menú del día – the affordable worker’s meal that was made law by General Franco’s government in the 1960s. While restaurants are no longer legally required to provide this wallet-friendly option, many continue to do so, and in some cases, it’s really what they’re best-known for. Here’s our local’s guide to some of the best restaurants for a menú del día in Barcelona.

Restaurant, Mediterranean, European, Spanish, $$$
This Gracià eatery is well-known to the city’s foodie crowd for serving contemporary Catalan and Spanish cuisine influenced by the best chefs in Europe and abroad. You just need to take a look at the cookbooks on the restaurant shelves to get an idea of where they get their inspiration. Unpretentious but perfectly executed, fresh and seasonal, the menú del día at La Pubilla is everything it should be (and a bit more).
More Info
Open In Google Maps
23 Plaça de la Llibertat, Barcelona, Catalunya, 8012, Spain
+34932182994
View menu
Visit website
Visit Facebook page
Send an Email
Give us feedback

Bistro, Spanish, $$$
Betlem’s subtitle Miscelánia Gastronomica – or ‘gastronomic miscellany’ – is a good indication of what sets the tempo at this cool corner bistro: a sense of culinary curiosity. Located in a former corner store in Eixample, Betlem has always been forward thinking, offering locals a place to try innovative takes on Catalan classics and the occasional touch of something exotic. The worker’s lunch is great value for money, offering the chance to hang out in this hip locale for a very reasonable price.
More Info
Open In Google Maps
70 Carrer de Girona, Barcelona, Spain
+34932655105
View menu
Visit website
Visit Facebook page
Send an Email
Give us feedback

Located on the famous Carrer Princesa, Nou Celler is proudly Catalan and proudly traditional (but not afraid to add the odd touch of modernity to the food here and there). You can tell the venue has been feeding hungry customers for decades, and it has a rustic charm only enhanced by its location in the heart of the Old Town. The menú del día at Nou Celler is a tribute to authentic Catalan cuisine, regularly featuring some of the region’s most emblematic dishes and ingredients.

Cafe, Contemporary, $$$
Eggs Benedict | © La Esquina
Given its location – right in the center of town, just a minute from Plaça Catalunya – you’d be forgiven for expecting the worst from La Esquina (locals wouldn’t touch somewhere so close to La Rambla with a stick). But this modern restaurant defies all expectations, serving fresh, home-made dishes and a worker’s lunch which changes every day. The novelty here is that the menu is a ‘combi’, meaning you get three courses or dishes in one – perfect for when you’re in a rush.
More Info
Open In Google Maps
2 Carrer de Bergara, Barcelona, Spain
+34937687242
View menu
Visit website
Visit Facebook page
Send an Email
Give us feedback
Mon - Sun:
8:30 am - 6:30 pm

Restaurant, Tapas, Vegetarian
A recent addition to the Barcelona restaurant scene, La Cometa del Pla is the little sibling of the famous tapas restaurant, Bar del Pla. Tucked away on the back streets of the Gothic Quarter, this is a little bistro with big character; organic ingredients, a flexitarian menu heavy on the vegetarian options, and an exclusively natural wine list. The dishes are fresh and simple, letting the quality of the ingredients speak for themselves, and at just €13.50, the price is more than fair given its location.
Looks like it's closed Hours or services may be impacted due to Covid-19
More Info
Open In Google Maps
View menu
Visit website
Visit Facebook page
Send an Email
Give us feedback

Located at the very tip of the Barceloneta, bumping shoulders with the many seafood restaurants that run up and down the Passeig Joan de Borbó, Kaiku is one of the city’s best kept secrets. And ever more well guarded is its menú del día – the port workers know to head here for a hearty meal of humble, home-made food you’ll struggle to find elsewhere in the area. But you’ve got to know to ask for it if it doesn’t get offered to you when you sit down; it’s a well-kept secret not everyone gets to know about. 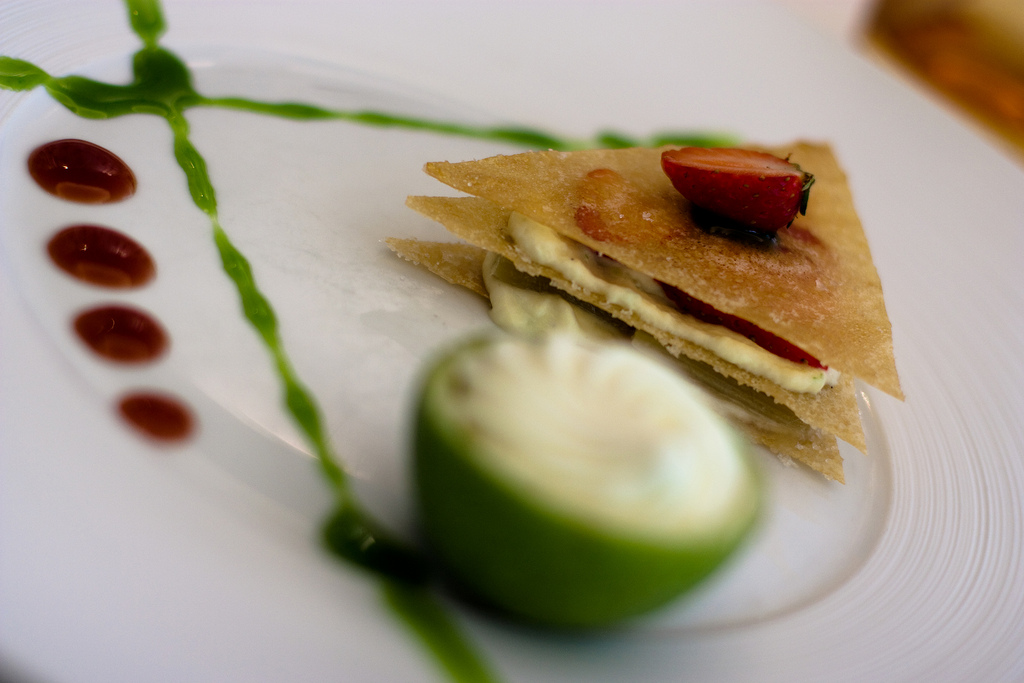 Restaurant, Mediterranean, $$$
Ever wished you could eat in a fine-dining restaurant without having to fork out the full shebang? Well at Alvart you can, Monday to Friday at lunch time. The solo project of up-and-coming young chef Àlvar Ayuso Thorell, this sophisticated restaurant is well on the way to earning its first star sometime soon. The dishes reflect the chef’s past – through some of the best kitchens in Barcelona – but with an original touch which betrays a sense of curiosity and creativity. A real treat.
Looks like it's closed Hours or services may be impacted due to Covid-19
More Info
Open In Google Maps
141 Carrer d'Aribau, Barcelona, 8036, Spain
+34934305758
View menu
Visit website
Visit Facebook page
Send an Email
Give us feedback

Tell any local you’ve been to Cañete and you’ll be sure to get an air of approval, and just a touch of jealousy. The Bar Cañete is the cheeky, slightly more informal younger cousin of the restaurant located just next door. Both ooze sophistication and the feel of luxury that comes with crisp, white table cloths and polished bronze fixtures. But the busy, open kitchen at the Bar adds a sense of hype and modernity, which only adds to the feeling that this is the place to be seen. Nobody needs to know you’re eating from the €16 menu. Shhh…