The Best Destinations to Visit in Spain Before Brexit Happens 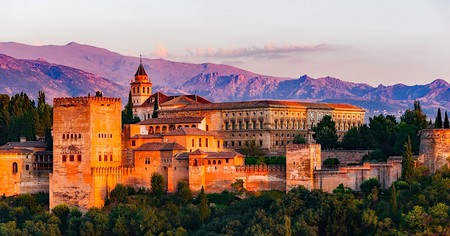 The Alhambra of Granada CC0 Pixabay

With the United Kingdom’s departure from the European Union fast approaching, make the most of being able to travel visa-free through Europe, by checking out these great Spanish destinations. From the mainland to the Balearic Islands, taking in UNESCO heritage sites and Michelin star dining, these are some of the best places to visit before Brexit.

The third largest city in Spain, Valencia is located on the eastern Mediterranean coast and is considered the birth-place of the iconic Spanish dish – paella. The city is home to a great number of historic monuments and the old town of Valencia is a pleasure to wander through, while the City of Arts and Sciences is a futuristic architectural marvel. For those who like fireworks – and aren’t afraid of heavy-duty bangers – the Las Fallas festival held in March each year is famous for its parades, during which the floats are set on fire to the sound of explosions, as some of the best pyrotechnical displays in Spain take place. 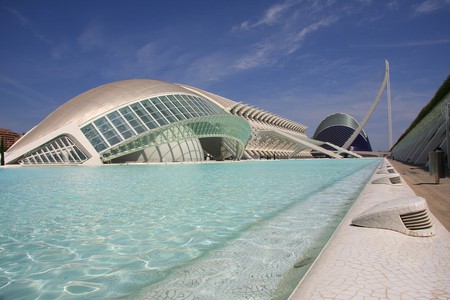 The City of Arts and Sciences in Valencia | © Pixabay

Located just half an hour by train from the Catalan capital Barcelona, Girona is a historic city which boasts a well-preserved Medieval centre and a lively gastronomic scene. The Cathedral is a fine example of Catalan Gothic architecture and has the widest aisle of any Cathedral in Europe. The Plaça de la Independència is home to a number of quaint cafés and busy restaurants where guests can enjoy local fare and discover the delights of Catalan wine and cava. One of the best ways to discover the city is to take a stroll along the old fortifications of the city which run to the north and south of the city – the towers offer some of the best panoramic views of Girona. 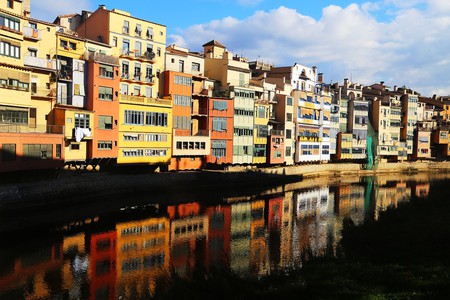 The view from the Onya river CC0 Pixabay

The final destination of the famous pilgrimage route known as the ‘Camino de Santiago‘ or ‘St James’ Route’, Santiago de Compostela is the capital city of Galicia, to the northwest of Spain. The climate here is more temperate than on the Mediterranean coast and the Atlantic shores have fostered a local gastronomy rich in seafood and fish, while the rich green pastures of the hinterland produce some of the finest beef in Spain. The old town of Santiago is a UNESCO World Heritage site and the cathedral is the jewel in the crown of the city’s Medieval centre. 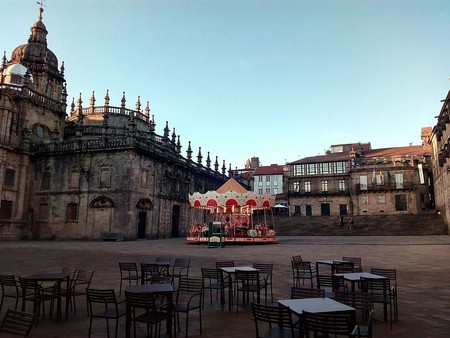 Surrounded by the (often) snowy peaks of the Sierra Nevada but just an hour’s drive from the Mediterranean, it’s no surprise that Granada has long been the chosen residence of kings and rulers throughout Spain’s history. Today it is home to one of the most remarkable architectural remnants of the Moorish rule over Spain – the Alhambra. One of the finest examples of Mudéjar art in Europe, the Alhambra is one of the most visited sites in Spain (and booking your tickets well in advance is an absolute must). The Generalife Gardens, the cathedral and nearby chapels all add to the historic magnificence of the area. 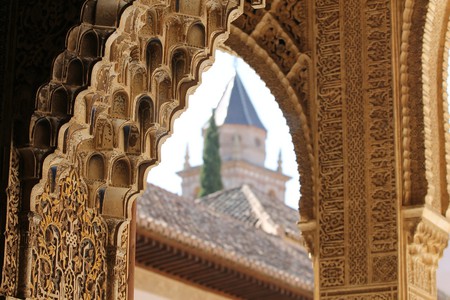 Details of the Alhambra CC0 Pixabay

Also known by the Basque name Donostia, San Sebastián lies in the Bay of Bisquay just a few kilometres from the French border. The city is one of the most popular destinations in Spain and is perhaps most famous for its rich food culture, boasting the best of Basque cuisine. With everything from Michelin-star dinning to the popular pintxos bars – a morsel of food served with a stick which helps to count the bill – there’s something for every budget. Each year the International Film Festival attracts some of the biggest names in the global film industry to the city’s shores; in 2016 San Sebastián was named European City of Culture. 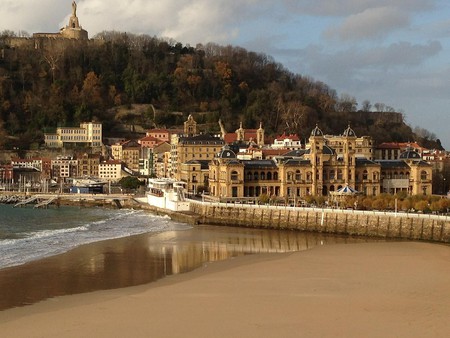 Not as famous as its close neighbour Ibiza, Formentera nonetheless has all the charm of the Balearics: the white sand beaches, azure waters and laid-back atmosphere. At just over 80 km2 in area, most of the island can be explored in a few days, one of the best ways of getting around being by bike or moped. A popular hippie hang-out since the 1960s, today the island continues to attract those in search of a blissful island life, away from the bright lights and loud music of Ibiza. One of the best times to visit is in Spring or Autumn when the island is still quiet but the weather is warm enough to go swimming. 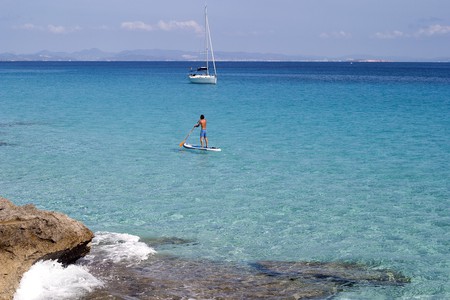 The clear waters of Formentera CC0 Pixabay
Give us feedback