Seven Things that Madrid is Famous For 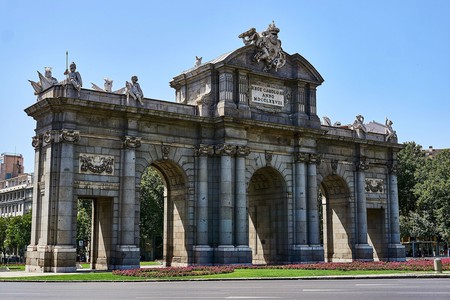 Madrid is one of the most exciting destinations in Europe—from its legendary nightlife to its thriving art scene, there are some experiences that can only be had in Madrid. For your next trip to Spain’s capital city, we’ve got a list of the top things you can only do in Madrid, from enjoying the city’s favourite snack to marveling at one of the only Egyptian temples outside of Egypt.

If you’ve ever been to Madrid’s Plaza Mayor, the city’s grand central square, you may have noticed hoards of locals tucked into bars, eating one particular food—a baguette stuffed with deep-fried, battered squid. Calamari sandwiches are the must-try snack of central Madrid and you can try them at any of the little bars with queues trailing out the door on weekends. 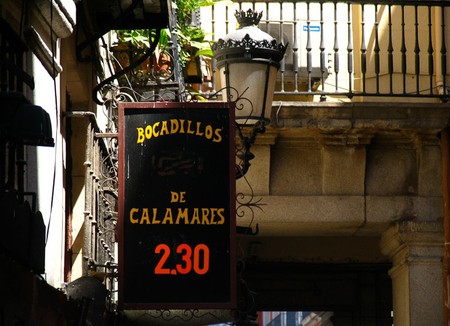 Real Madrid striker Cristiano Ronaldo is widely considered one of the finest footballers of all time. The Portuguese forward has won the Ballon d’Or (awarded to the year’s best footballer) five times. He is also the first player in history to win four European Golden Shoes, a trophy awarded to the leading goalscorer in Europe. You can watch the prolific player at a Real Madrid match at the team’s Santiago Bernabéu stadium in Madrid. 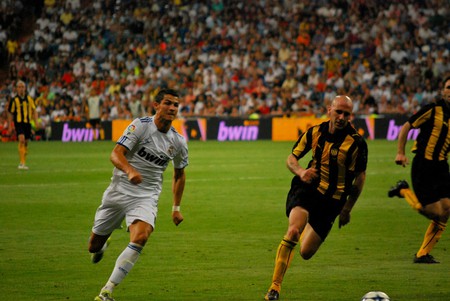 Oddly enough, Madrid is home to one of the few Egyptian temples outside of Egypt—the Templo de Debod. Spain was gifted the temple, built in 200 BC, as a thank you for helping Egypt save important relics from flooding during the construction of the Aswan High Dam in the 1960s. Visit the temple in Madrid’s Parque del Oeste at sunset for spectacular views. 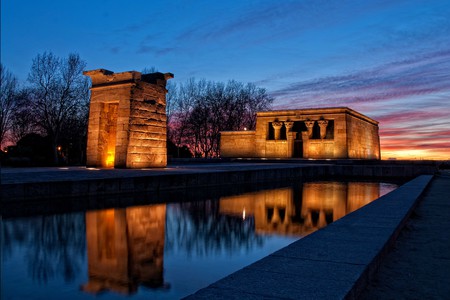 The centre of all the roads in Spain

Madrid’s Puerta del Sol square is home to the centre from which all of Spain’s six major roads originate, a little-known fact marked by a plaque that reads ‘Kilometre 0’. Thousands of people walk over the plaque every day, not realising that they are standing in the geographical centre of Spain. 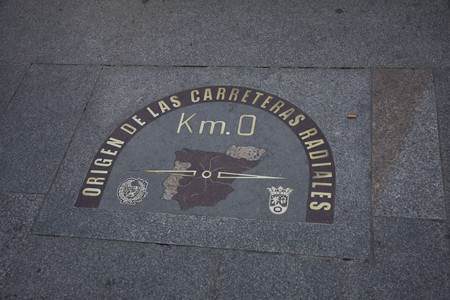 The biggest Zara in the world

Spanish high street stores are taking over the world and none is more globally well-known than Zara, owned by Spanish behemoth fashion company Inditex. In Madrid, you can visit the biggest Zara store in the world at Paseo de la Castellana 79. The 6,000-square metre (65,000-square foot) space houses womenswear, menswear, childrenswear and accessories. The popular brand has over 2,200 stores in 93 countries, including ones on the iconic streets of Fifth Avenue in New York, Oxford Street in London and the Champs-Élysées in Paris.

The biggest drive-in cinema in Europe

Autocine Madrid RACE is a 25,000-square metre (269,100-square foot) space to the north of Madrid that has room for 350 cars, making it the biggest drive-in cinema in Europe. If you get hungry, you can order food from the on-site diner from the comfort of your car and have your meal delivered to you just before the film starts. Channel your inner Danny and Sandy and have a real-life Grease experience in Madrid.

The oldest restaurant in the world

Only in Madrid can you experience eating at what is officially the world’s oldest restaurant—there’s even a Guinness World Record certificate to prove it. Sobrino de Botín was founded in 1725 and the old tavern hasn’t changed much since. Carnivores are well served at the restaurant, which specialises in suckling pig and roasted lamb. 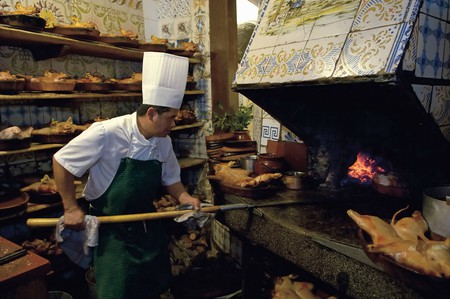 The kitchen at Sobrino de Botín | © PromoMadrid/Flickr
Give us feedback