Opera Samfaina: Is This the World's Craziest Restaurant? 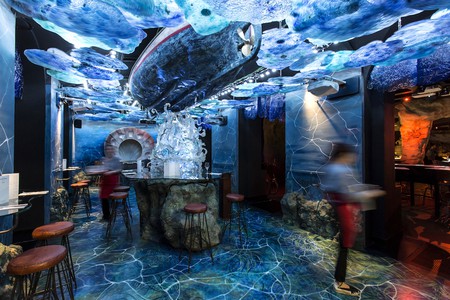 A singing cow, a pooping nativity scene character and an Alice in Wonderland-style upside-down dinning area – these are just some of the things that await diners at the Opera Samfaina, on the famous La Rambla in Barcelona.

Barcelona has a long tradition of being at the forefront of culinary art: when Ferran Adrià and his team at elBulli began experimenting with what is now known as molecular gastronomy (the use of techniques such as espumas and spherification to defy the senses), all eyes turned to the Catalan food scene.

Years later, Barcelona is home to some of the most avant-garde restaurants in the world, and the recent addition of Opera Samfaina – lead by the brothers Jordi, Joan and Josep Roca from El Celler de Can Roca, voted Best Restaurant in the World in 2013 and 2017 – to the local restaurant scene just goes to show that the Catalan capital is still very much in the game. 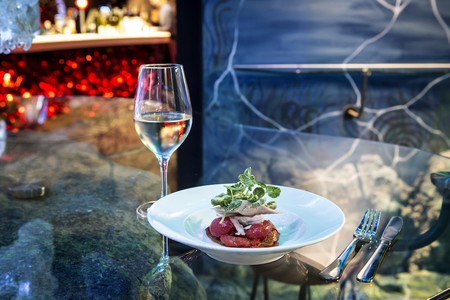 Tapas at the Market Courtesy of Opera Samfaina

The idea of the Opera Samfaina is to offer guests a multi-sensory dinning experience with Catalan cuisine at its heart – and it might just be the craziest meal of your life. Four different areas within the Opera Samfaina each have their own theme related to the Catalan culinary tradition. 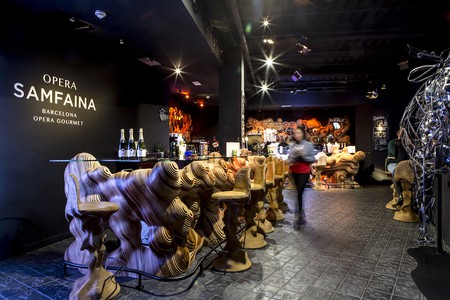 Guests begin the journey via the Vermuteria, an homage to the fortified wine that has undergone a considerable revival in Catalonia. The bar itself looks like an old olive tree, twisted and bent with organic curves made from veritable hardwood, representing the olive’s journey from tree to oil. Sample some of the country’s finest tinned seafood – such as anchovies from L’Escala, mussels or clams – to be savoured with a cold glass of Cava or, better yet, a little vermouth.

This is really just a warm up for the main show as visitors progress further into the Opera Samfaina. To access Diva, the main dining area, guests must pass through the Dioramas hallway. There, six animated walls project depictions of an entirely fictional history of Catalan cuisine, from Zeus to Jordi Roca himself, the ‘Catalan patron saint’. 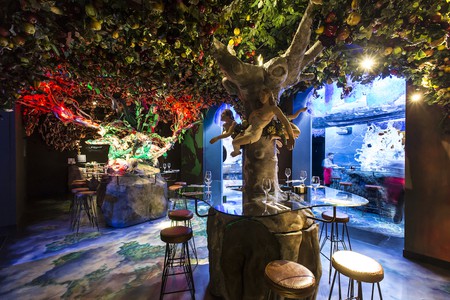 Once seated at their round, themed tables, guests are entertained by overhead projections of the ingredients they are about to sample. There’s also a beer bar and a wine bar, each serving a selection of premium beverages from Catalonia and beyond. There’s even a Solidarity Table, serving tapas designed by star chefs and donating the proceeds to charitable causes.

At the back of the Opera Samfaina is the Market, where counters serve a range of tapas in differently themed stalls inspired by the sea, the slaughterhouse and even a traditional Catalan sweets stall featuring the famous Caganer (a popular nativity scene figurine of a pooping man). 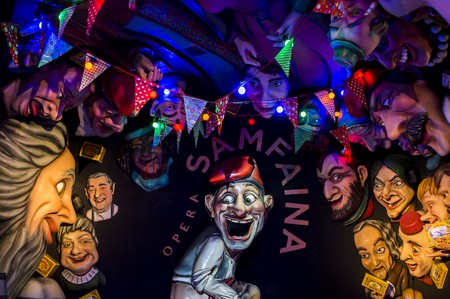 The dining experience is at the crossroads of a theatrical performance, an art installation and a fine meal.