How to Spend 36 Hours in Córdoba, Spain 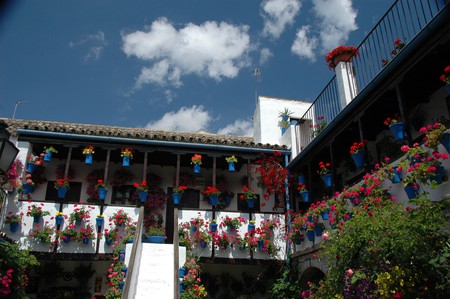 Córdoba is the perfect city in which to spend a 36-hour mini-break, offering everything from Moorish monuments and a charming old town, to excellent restaurants and a unique spring festival. Read on for The Culture Trip’s guide to making the most out of 36 hours in this fascinating city in southern Spain.

Spend your first morning in Córdoba exploring its lovely old town, which extends north-east of the Mosque-Cathedral. The most-visited part is the San Basilio quarter, sometimes also referred to as Alcazar Viejo. One thing you’ll notice in this barrio is that many facades of the centuries-old, whitewashed houses are decorated with plants and flowers and have entrances that lead to pretty internal patios. Similarly adorned, these courtyards are the stars of Córdoba’s annual, UNESCO-protected Feria de Los Patios, during which they are opened to the public for free. This is one of the most charming (and least well-known) festivals in Spain and is held throughout May, making this the best month to visit the city. Be sure also to wander up the ridiculously attractive Calleja de las Flores (Flower Alley) – without doubt one of the most beautiful streets in Andalusia.

The 15th century Palacio de Viana is one of Córdoba’s key attractions and the centrepiece of the city’s annual patios feria. This opulent, romantic building features thirteen patios and gardens, all of which can be visited for just €5 (if you want to look around the palace too, it’s €8). Populated with colourful plants, flowers and trees, they are particularly beautiful during the Feria de los Patios, but can be visited year-round. All the romance and intrigue of Andalusia is present in the gardens and rooms of Viana, which transport you back to the time when Spanish royalty wandered its halls and socialised in its grand salons. A great place to wind up your morning in the old town before heading for lunch. 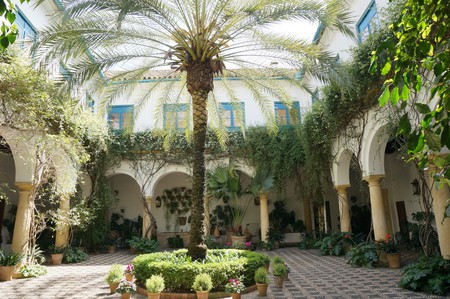 For a hearty lunch in a typically Andalusian environment, you can’t do much better than the local institution which is Bodegas Campos. Opened in 1908, this is one of the most popular restaurants in Córdoba, offering a menu of traditional Andalusian dishes cooked with modern interpretations. Campos consists of two main dining areas: a bar in which you can snack on tapas and a more formal restaurant in which you can enjoy a full sit-down meal. For an aperitif, order a glass of Montilla, the restaurant’s famous sweet wine. Recommended dishes are Andalusian classics such as salmorejo – a Cordoban dish of which the locals are fiercely proud – and stewed bull’s tail (rabo de toro), slow-cooked to perfection in a red-wine sauce.

After a long lunch (Andalusians often take a good 3 hours to enjoy it properly), hit the key historic sights of Córdoba, starting with the iconic Mosque-Cathedral (in Spanish, Mezquita-Catedral). The Islamic half of this fascinating structure dates from the end of the 8th century, when construction of the mosque began. By the time of its completion some two centuries later, Córdoba was one of the west’s great cities and its mosque one of the most important in the Islamic kingdom. Around five hundred years later, in what some call an act of cultural and architectural vandalism, Charles V built a Renaissance nave on top of and amongst the mezquita, lending it a Christian as well as an Islamic identity. The main prayer room houses the famous forest of double-arches, of which there are more than 850 in total. Allow a good hour and a half to properly explore this magnificent building before heading to the city’s other main historical attraction. 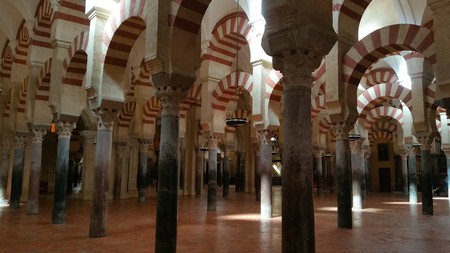 A five-minute stroll down the river from the Mosque-Cathedral brings you to the Alcazar de los Reyes Cristianos (Castle of the Christian Kings), a Muedjar-style building with a colourful past. Construction of this royal palace began in 1328, under the orders of King Alfonso XI, on the site of what was once an extensive Moorish fort. In the late 10th century, when Córdoba was one of the intellectual and cultural powerhouses of the Islamic kingdom, this elegantly understated castle was home to the largest library in the west. From the end of the 15th century, parts of the building were used for torture and interrogation by the Inquisition and in 1492 the Catholic monarchs Ferdinand and Isabella met Christopher Columbus at the Alcazar to discuss the expedition that would discover a New World.

After soaking all this up, wander out onto the riverside promenade of Calle Ronda de Isasa and enjoy dinner overlooking the Guadalquivir on one of the many outside terraces.

A little-known fact about Córdoba is that a few miles out of the city you can visit the ruins of what was once Islamic Spain’s most important city. A visit to Medina Azahara (The Shining City), then, is a great way to spend your last morning in Córdoba, as you need a good two or three hours to explore it properly. Constructed under the orders of Abd-ar-Rahman III al-Nasir, the Umayyad Caliph of Cordoba, this maze-like development was the administrative capital of Al Andaluz in the mid-10th century, when nearby Córdoba was at its cultural and intellectual zenith. What you can visit today represents about 10% of the total city and is split over three levels, on the uppermost of which was the royal palace, which commanded panoramic views of the surrounding countryside.

Finish off your 36 hours here by wandering amongst the ruins of this labyrinthine city – a city that, like Córdoba itself, was once the heart and soul of Islam-ruled Spain. 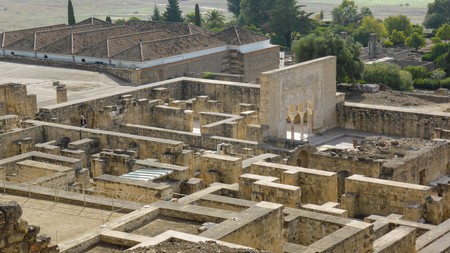