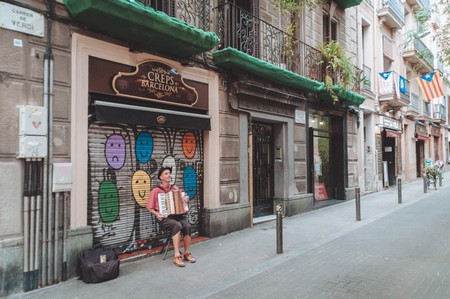 Today one of the most famous neighborhoods in Barcelona, Gràcia was for a long time its own independent town. Considered one of the hippest areas in the city, it has retained an independent spirit and is famous for its lively artistic community and alternative scene. From some of the best outdoor terraces in town to some of the trendiest designer shopping, don’t miss out on a thing with our local’s guide to Gràcia.

Today, Gràcia is both the name of a district in Barcelona and the name of the neighborhood ‘Vila de Gràcia,’ meaning ‘Town of Gràcia.’ Indeed, the town had been established there as far back as the early 17th century when Carmelite nuns established a convent there, on the outskirts of the walled city of Barcelona. The town was accessed from Barcelona via what is now the famous Passeig de Gràcia – the Passage of Gràcia – the city’s premier designer high-street. 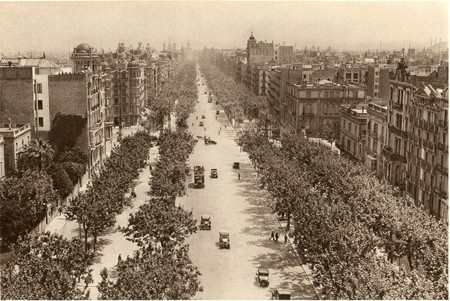 During the 19th century, a mass exodus from the countryside to the city of Barcelona took place as result of the rapid growth of industrialization – between 1800 and 1850, the city’s population grew by some 50 percent. As a result, the local council of Barcelona commissioned new designs for the town’s expansion, leading to the construction of an extension to the city, corresponding to what is known today as ‘Eixample,’ or ‘extension,’ in Catalan. The town of Gràcia was now directly connected to the city, and in 1897, Gràcia was formerly annexed to Barcelona.

Despite this, the neighborhood continues to retain its own distinct character independent of the rest of the city and has a history of attracting a diverse, international community.

What To See And Do

Gràcia is famous for its fabulous architecture, alternative shopping scene, and the laid-back atmosphere of the café terraces which occupy its many plazas. In fact, one of the most famous public squares in Barcelona is Gràcia’s Plaça del Sol, renownedfor its combination of stylish architecture, friendly bars, and cool edge. While the neighborhood is home to a number of museums and landmarks, one of the best ways to discover Gràcia is to let yourself be guided by your instincts as you soak up the atmosphere. 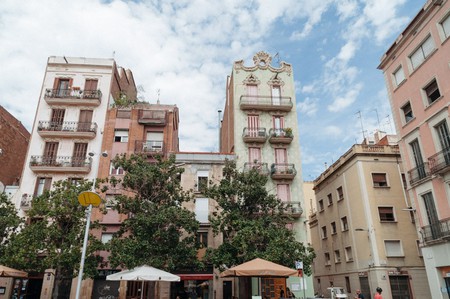 Lose yourself in the heart of the old town and you’ll come across some of the city’s most unique shopping spots, heavily geared towards local, independent, and sustainable trade. The Calle Verdi is one of Gràcia’s main arteries and has been voted one of the best streets in Barcelona – home to everything from vintage furniture stores to fair-trade clothes shops and more.

Practically a small town in its own right – and, in fact, that’s what it had originally been designed as – the Park Guëll can be found on the edge of the old town of Gràcia. Although it’s worth setting aside a few hours for a visit to the park, especially if you pay to visit the monumental site, the outer edges of the park can be accessed for free and make for a great place for a stroll with panoramic views of the city. 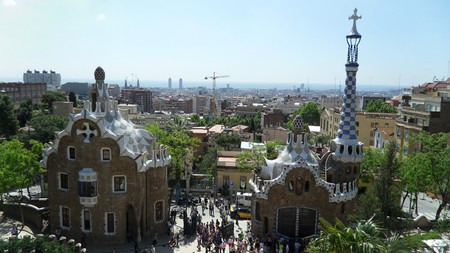 The entrance to the Park Güell | © Hoi Kyung Jung

Find more things to see and do in Gràcia here.

Diners in Gràcia have plenty to choose from, with everything from fine-dining restaurants to traditional eateries and fusion cuisine. At Con Gracia, guests can choose from one of two tasting menus: a traditional menu or the ‘experience menu,’ where guests let themselves be taken on a journey by the chef without knowing in advance what they are going to eat. Another foodie favorite is the modern bistro La Pubilla, which draws from both traditional Catalan cuisine and the best of Modern European dining in a casual but lively atmosphere. 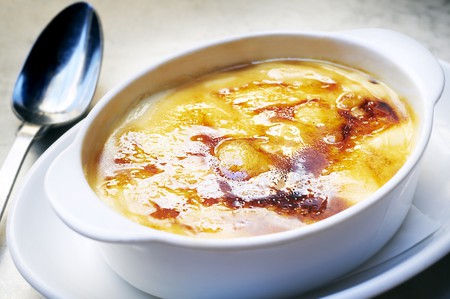 On the other hand, there are a number of great tapas restaurants and traditional bodegas in Gràcia offering homemade dishes that do justice to the great Spanish culinary tradition. Pepa Tomate pays homage to the humble tomato and the Catalan chef – Pepa Farré – who dedicated her career to exploring its many possibilities. Bodega Quimet will transport you right back to the Barcelona of days gone by with its old-fashioned appearance and traditional dishes – the tinned seafood comes highly recommended.

Find more on where to eat in Gracià here.

Guests stay in Gràcia to escape the crowds of Barcelona’s city center and to embrace the independent spirit of the area. There are a number of great hotels to choose from in Gràcia whatever the budget. Located at the very top end of the famous Passeig de Gràcia, the Casa Fuster is a stylish five-star hotel which gives you great access to both Gràcia and the city center. For those who prefer to have more independence and flexibility, the Bonavista Apartments offer self-catering accommodation right in the heart of the old town, with great access to all the nearby shops and entertainment.