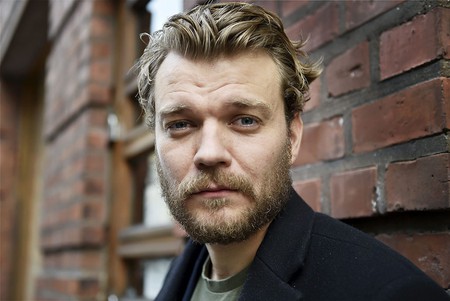 While best known for his terrifying portrayal of Euron Greyjoy in the massive TV hit Game of Thrones, Danish actor Pilou Asbæk has also earned his Hollywood stripes starring alongside the likes of Scarlett Johansson and Kirsten Dunst. But it’s his new role as Cultural Ambassador for Mallorca – previously held by Rafael Nadal and Michael Douglas – we were keen to know more about when we met up with him during one of his trips to the island.

CT: So how did you become the Cultural Ambassador for Mallorca?

PA: Well, my parents came to the island in 1988 – I remember celebrating my seventh birthday in Mallorca – and we bought an old olive mill in a town called Andratx on this mountain with a spring, and my father built a pool where fresh water from the spring would come down, and you would sit in it, and just feel blessed. And one day, my father was sitting there with the former Danish foreign minister, and he turned to my dad and said, ‘You know what, this is too good not to share. Why don’t you build something where people from all over the world can come and be inspired?’ So my dad had a long discussion with my mum, and they decided to build what is now the CCA (the Centro Cultural Andratx).

So they created a privately funded gallery where they could show Mallorcan and Spanish, as well as international contemporary, artists all under the same roof. And you have artists in residents come to create their art, and the only thing they have to give back is one piece [to the collection]. And since opening in 2001 it’s had somewhere between 500 and 700 artists in residence, and they’ve hosted some incredible young talent, many who’ve gone on to be the older talent! 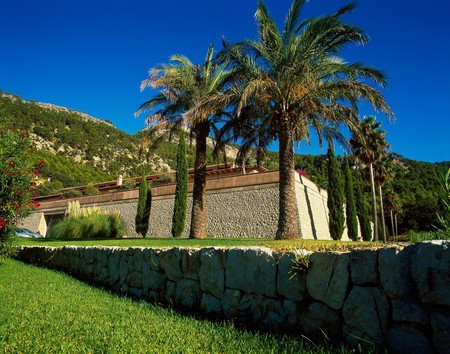 And where do I come into the picture? In the last couple of years I’ve done more and more international films, and therefore they thought it would be interesting if the next cultural ambassador, after taking an international movie star [Michael Douglas] then an international tennis player born and raised on the island [Rafael Nadal], to now choose someone dedicated, who’s been on the island most of his childhood, not born or raised, but dedicated to the island. And Mallorca wants to be a movie nation, it’s a beautiful island, the light is incredible, the food, the diversity of landscape, it would be idiotic not to try to create some kind of movie industry.

CT: You’ve jumped forward to the question I was going to ask! Mallorca is already a popular destination for filming of all kinds. Do you have any plans to get involved with any shooting on the island?

PA: I would love to, that would be amazing, but that’s not the reason why I have the job, but there’s a sincerity and true love of the island. It’s one of those magical places, it’s a little piece of paradise.

CT: So would you say your role as cultural ambassador is about promoting the island?

PA: It’s about promoting the island, in places where it’s not the typical tourist set-up. When you have something beautiful you need to share it – that’s the reason why we built CCA ­– but I also feel that the people that you share with should respect and take care of the thing you want to share, and not abuse it. And there’s a very thin line between using and abusing. And we see the mass tourism that began in the 60s does need to be reduced a little, the island will break down if it doesn’t start taking care of itself. A reason why a movie industry on Mallorca would be interesting is that it’s a different kind of tourism. Trust me, I know I’m doing Game of Thrones at the moment, and fans of the show go sightseeing, they don’t go for the drinking and eating and beaches, they go for the culture. They want something intellectual and not just stupidity. 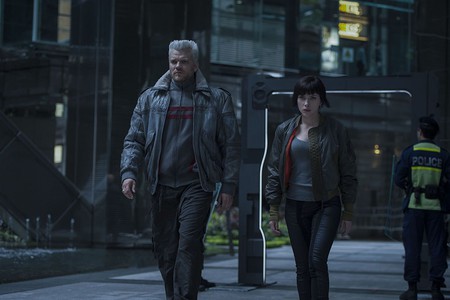 CT: Besides Andratx, what are your favourite places on the island? Any hidden gems you could share with us?

PA: I would always recommend a stroll in Palma, in the old town. You also need to go see Valldemosa, I know it’s a cliché, but for Christ’s sake you have to go to see it, it’s beautiful. And my personal favourite, and that’s because I am a mountain man, I would go hiking the Tramuntanta and you can hike for days. You can actually book tours where you walk for five or six days, it’s like a pilgrim walk, and it’s absolutely astonishing.

CT: And what about nightlife, any hotspots you enjoy? Ever had a night out in Magaluf, for example?

PA: I did, bought the T-shirt, never going to do it again. Once is enough. I love my liver. And a night in Magaluf is a sure thing to kill your liver. Magaluf is fun, but I’m in my late 30s now, I’m a father. And when we come to Mallorca we come as a family, to my parent’s house, and we cook for ourselves, we don’t really go out to eat. When we come to the island it’s mostly to be private, not to be social.

CT: Any how often do you come here?

PA: I’m in Spain at least a month and half a year. When I am not shooting I want to be in Spain. I love Denmark, it’s my home country, but it’s cold and it’s rainy and it’s wet. And besides the weather, Mallorca is the best-kept secret in Europe, by which I mean its cultural side. The cuisine, the art, the nature, it’s so diverse.

CT: You’re obviously best known for your involvement in Game of Thrones. How did you feel when you knew you’d be joining the cast?

PA: I’d been a massive fan for five seasons, so when I got the role I was like, ‘Holy f***ing s**t, this didn’t happen!’ And I’d seen all of it, every single episode I’ve studied, I’ve loved. I’m a geek regarding Game of Thrones, up until the moment I became part of it – then I have not seen one second.

CT: But didn’t you put out rumours that the character was undergoing a transformation in the next season?

PA: That was a joke! I posted a picture from an old film I did called Sex, Drugs & Taxation where I look like an old fat guy, and it had nothing to do with Game of Thrones. You know people see what they want to see. I made a joke and people took it literally! You have to be careful.

CT: Euron Greyjoy is a pretty fearsome character who, I have to say, you play brilliantly. Is it more fun to play the part of the swaggering villain? Does it come naturally?

PA: What does it look like? It’s always, and it has always been, more fun to play the villain. The antagonist is always more interesting that the protagonist. The protagonist has to carry the arc of the story, the antagonist can do whatever he wants, there are no rules they have to follow, so you’re much more free when you are playing the character. He’s a baddie, and baddies do whatever they want to do. So I enjoy playing those bad, bad men, and when you have an accent ­– I’m not British, I’m not American, I will always be Danish, and always have an accent – I have to accept that my roles in movies will often be Russian or Germans, or clichés. 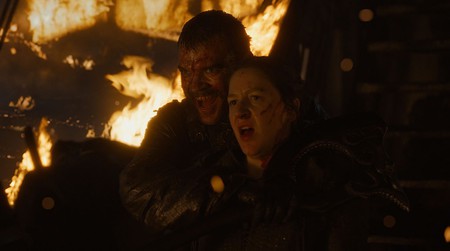 CT: I read a battle scene in season 8 took 55 days to film. Were you involved?

PA: That would be a spoiler! I’m not going to say a word; I’m not even going to confirm it. I can tell you one thing: normally they spend six months filming 10 episodes; this time they are going to spend 10 months shooting six. So it’s probably going to be spectacular, but I’m not going to confirm if there are any battles or anything! It might just be that we’re sh**ty actors and it takes so much time to do a scene!

CT: All that violence and shouting and fighting must take it out of you.

PA: Yes, you have to be in physical shape. When I did my scene in season 7 on the boat, we trained for a couple of weeks to shoot that bit. The battle on the boat took over a month, with the rehearsal and everything, so it all adds up. The actual shooting for that took six days, and I was broken after that.

CT: If you weren’t an actor, what other career could you have seen yourself doing?

PA: I think I would have been working in my parents’ gallery. I would have been something related to art, I’m a big art fan, I collect art, I love art, I wish I was an artist and I love culture; I think culture is such an important part of our lives. I think culture makes people happy, I know it’s not the first thing you think of when you wake up in the morning, but all aspects of culture will make your life better, I promise you.