A Guide To Seville’s Best Barrios 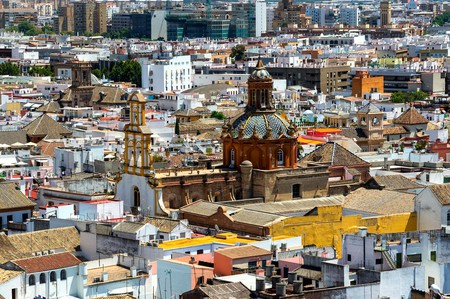 Andalusia’s captivating capital, Seville, is one of Spain’s most picturesque cities, filled with classic Andalusian architecture in shades of vanilla, lemon and terracotta, and vestiges from its Moorish past. From flamenco clubs to bullfighting rings, royal palaces and museums, here’s our guide to the city’s best barrios (districts) and what to see and do in each.

The city’s old Jewish quarter is one of Seville’s most charming areas, characterized by narrow, cobbled streets, fountain-filled plazas, white-washed buildings and streets lined with orange trees. It’s also one of the most popular barrios for tourists, being home to some of the city’s best sights, including the UNESCO World Heritage Royal Alcázar – the Moorish palace, dating back to the 1300s – and the famous La Giralda Cathedral, with an old minaret for its bell tower. Spend your time here getting lost among its maze of streets, stopping off at tapas bars along the way and admiring its attractive architecture. 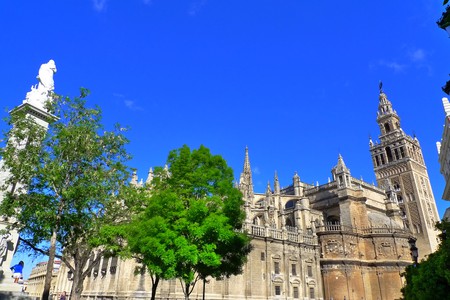 Shopaholics should head to El Centro, comprising the city’s best shopping streets and squares, such as Sierpes, Velázquez, Cuna and Plaza Nueva. It’s here you can buy some of Seville’s most traditional products, such as leather, embroidered shawls and lacy fans. In recent years, the center has also become home to the large Metropol Parasol complex, known locally as Las Setas, or mushrooms, because of its shady, dome-like structures (actually the largest wooden structure in the world). Inside you’ll find the Antiquarium museum, where Roman and Moorish ruins are housed, the Central Market, a public plaza for events, and restaurants with panoramic terraces.

Arenal sits along the Guadalquivir River and used to be home to Seville’s old port, filled with ancient shipyards, sailors and merchants. It’s named after the Spanish word for sand – arena – because it used to be lined by sandy banks. Today it’s mostly known for its famous Real Maestranza bullring and bullfighting museum, where you can learn all about this traditional sport. The bullring here is the oldest in Spain and is one of the places where bullfighting began in the 18th century. Bullfights are still a popular occurrence here during the season. Also worth visiting is the Torre de Oro (the golden tower) – a military watchtower and now a historical museum, and the Hospital de la Caridad, a large baroque-style infirmary and chapel, filled with paintings and sculptures by artists such as Murillo and Roldán. 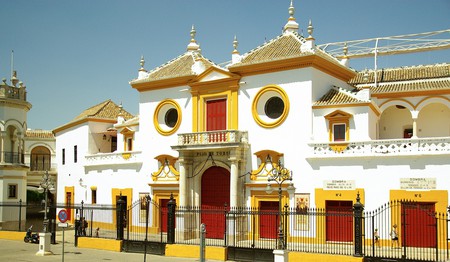 La Macarena is surrounded by the city’s old Moorish walls and is home to colorful traditional Andalusian architecture, including old mansions, that have now been restored. It’s also home to one of Seville’s best food markets on Calle Feria, and a flea market every Thursday. Some of the most notable attractions in this barrio include the Convento de Santa Paula and the Basílica de la Macarena. 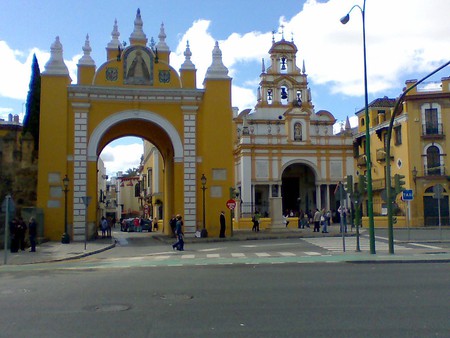 The old gypsy quarter of Triana lies across the Guadalquivir River and is renowned for its old ceramic workshops, producing the city’s iconic, colorful tiles. It’s a very local district and has a unique feel, which is different from the rest of the city. Home to a number of excellent flamenco clubs and tapas bars, it’s definitely worth the hop across the river to explore it. Head to lively Calle Betis, along the water’s edge, for a great night out. Other sights in Triana include the Castillo de San Jorge, a medieval fortress and now a museum, which was used as the headquarters of the Spanish Inquisition. 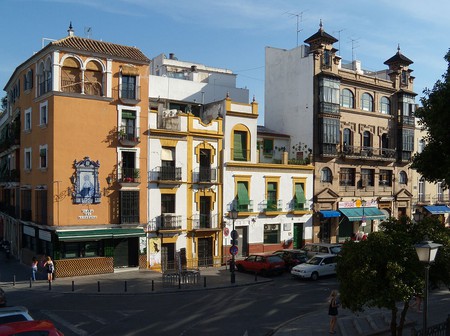 One of Seville’s hippest and most up-and-coming barrios is La Alameda, which actually sits within La Macarena and is centered around a large plaza called La Alameda de Hércules. Up until about ten years ago, it was a bit down-at-heel, but today it’s full of trendy bars and restaurants, as well as vintage and design stores. 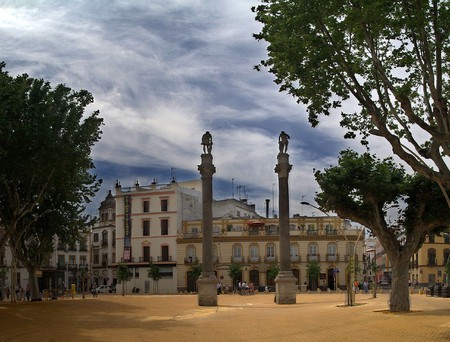 One of the more modern areas of the city, this district is located just south of Triana, and features modern apartment blocks, wide boulevards and many fashionable boutiques. In April and May time, the area comes alive with the famous Feria de Abril, celebrated approximately two weeks after Semana Santa and Easter. During the festival, flamenco and Sevillanas folk dances are performed, locals dress in traditional costumes and horses are ridden through the streets.