A Brief History of Bullfighting in Seville 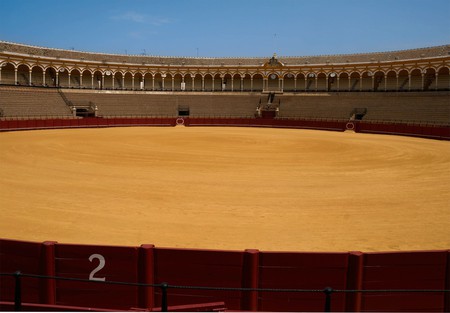 The controversial spectacle of bullfighting has been around in Spain in some form or another since at least Roman times. And for the last few centuries, the Andalusian capital of Seville has been a key city in the development of a tradition many say is little more than torture. But like it or hate it, in order to properly understand Sevillano – and indeed Andalusian – culture, it’s necessary to take a closer look at the bullfight.

Along with the plazas of Bilbao, Cordoba, Madrid, San Sebastian, Valencia and Zaragoza, Seville’s has First Category status. This is not only to reflect its size – Seville’s seats about 14,000, whereas on average bullrings in Spain have capacities of around 5,000 – but also the fact that it hosts more than 15 bull-related events every year, with at least 10 of those being fully-fledged bullfights, or corridas de toros as they are called in Spanish (“bullfight” is an often-handy but entirely misleading translation). Yet despite the fact that there are officially seven bullrings in Spain with First Category status, many aficionados will tell you that just two share the (unofficial) top spot: the 25,000-capacity Las Ventas in Madrid and Seville’s Real Maestranza de Caballeria. 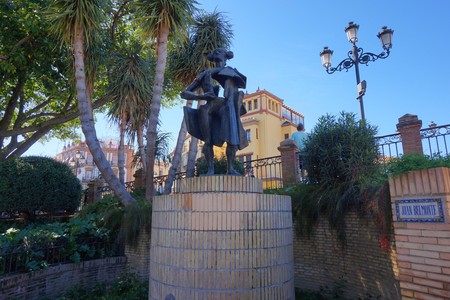 This is not surprising, given that bullfighting has been at the heart of culture in the Andalusian capital for centuries. Indeed, this controversial spectacle has been enjoyed in Spain since at least Roman times, but it was only in the Middle Ages that it began to adopt something like its current format. The powerful Amohad caliphs who ruled Andalusia in the 12th century apparently enjoyed the spectatcle, as did Alfonso VII of Leon and Castile, who is said to have put on bullfights to celebrate his wedding to Berengaria of Barcelona in 1128. In these precursors of the modern bullfight, the bull simply was released into a town or village square, in which the matador would then “fight” the animal from horseback with a long lance.

It was a matador from Ronda who is credited with fighting the bull on the ground for the first time, some time around 1726. Since then, some of the spectatcle’s greatest practitioners were local Sevillano boys who hailed from Triana, the old gyspy quarter that faces Seville’s Plaza de Toros on the opposite bank of the Guadalquivir. Juan Belmonte is perhaps the most famous of them all and is remembered by a bronze statue on the Triana side of the Isabel II bridge. 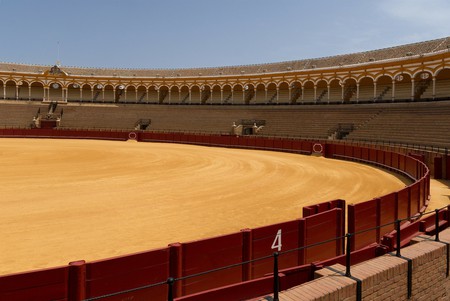 Belmonte was a rogue and a rebel, born into a huge gypsy family in Triana at the close of the 19th cenury, When he wasn’t doing a terrible job of looking after his father’s market stall, he would hang around on the Alameda de Hercules with his listless friends, smoking, heckling passers-by and dreaming of becoming a great bullfighter. After sunset, this restless gang would trek for hours into the countryside outside Seville to get to the bull-breeding ranches. There, they would use their coats as capes and pass the bulls over and over by moonlight, getting seriously hurt and threatened by gun-toting farmers in the process.

It was a suitably romantic beginning to a remarkable career. Juan Belmonte is now recognised as one of the greatest bullfighters of the 20th century, even as one of the all-time greats. His only real equal at the time was another gypsy from Seville, a bullfighter known as “Joselito.” Joselito was a child-sensation, becoming the youngest ever torero to receive the title of matador at just 17 years old. His great rivalry with Belmonte – important chapters of which were played out on the bright sands of Seville’s Plaza de Toros – defined what has been called the “Golden Age” of bullfighting throughout the 1920s. Costumes worn by Joselito and Belmonte when they were only 14-year-old-bullfighters are on display in the excellent museum housed by Seville’s bullring. 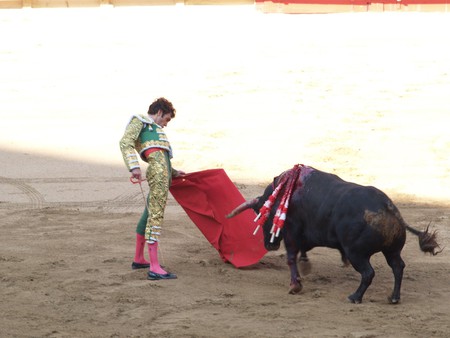 Seville´s April Fair bullfights are some of the best in the world; pixabay

Nowadays, bullfighting is still a huge part of Sevillano culture. Every April, the city hosts its grand annual Fair (the Feria de Abril) during which several bullfights are staged in the Real Maestranza, which is packed out every day for a week. The atmosphere during these spectacles is unlike that in any other bullring in Spain; it contrasts most dramatically with bullfights held during Pamplona’s San Fermin fiesta, when many of the audience party with their backs to the sand, not paying the slightest attention to the proceedings. In Seville, events in the ring are watched in hushed concentration – a fact which has earned its Plaza de Toros a reputation as being the most demanding to perform in. For a city as steeped in the bulls as the Andalusian capital, it is a fitting accolade.