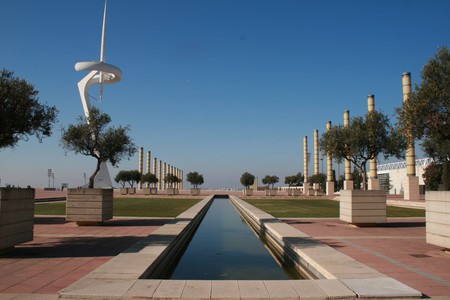 Located in northeastern Spain, on the shores of the Mediterranean, Barcelona has long been hailed as a European cultural capital. From its thriving art scene to its incredible architecture and world-famous gastronomy, here’s why an art and culture lover will fall head over heels for Barcelona.

It’s not just what’s found inside Barcelona’s buildings which is worth admiring – in many cases the buildings themselves are veritable works of art. The Eixample district is where you’ll find some of the most spectacular Modernist mansions around: Casa Battló, La Pedrera and Casa Ametller to name just the most famous. But there are more contemporary designs to be admired too, such as Jean Nouvel‘s Torre Glòries or the Mies van der Rohe pavillion near Plaça d’Espanya. 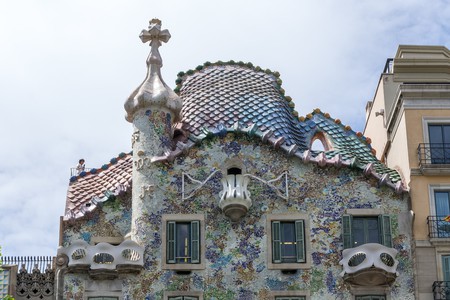 Music lovers won’t be able to get enough of the long list of top musicians who perform at Barcelona’s music festivals each year. The month-long Barcelona Jazz Festival sees some of the biggest international jazz musicians take to the stage in some of the city’s best music venues. Sónar Festival is considered to be one the leading electronic music festivals in the world, while Primavera Sound has been compared to Barcelona’s answer to Glastonbury.

It seems that no matter where you go in Barcelona, there’s public art to be seen everywhere. Artist Joan Miró donated four major purpose-made artworks to the city, including a gigantic mosaic at the Barcelona El Prat airport and another in the centre of La Rambla. Add to that, there’s also Frank Gehry’s El Peix sculpture, Santiago Calatrava’s Montjuïc Communications Tower, and many other public works of art dotted across the city. 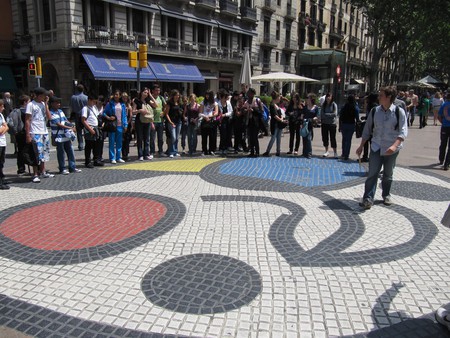 Barcelona’s art scene is very much alive and kicking, and the hundreds of art galleries in the city are testimony to the Catalan capital’s ongoing relationship with the arts. Enric Granados Street in L’Eixample is home to some of the city’s most popular independent galleries, exhibiting work by established and emerging artists from Spain and beyond.

From dancing giants to human pyramids, Catalan culture is rich in unique traditions and celebrations. Admire the castellers as they form towers which can reach six or more men in height – although the youngest are the ones who brave climbing to the top. Watch devils run with fire at the correfoc, join hands for a traditional sardana dance or prepare to be dazzled by the fireworks of the La Mercè festival in September. 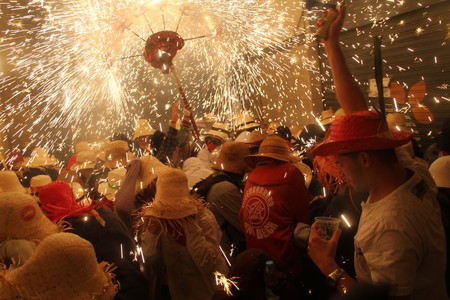 Barcelona is highly regarded as a global artistic capital and regularly hosts cutting edge arts exhibitions. The CCCB – Barcelona’s centre for contemporary culture – is known for its interdisciplinary exhibitions exploring the roles of technology, art and design in contemporary society, while Espai 13 is a space inside the Joan Miró Foundation dedicated entirely to work by young, emerging artists from across Europe.

Whether it’s for traditional Catalan cuisine or the world-famous culinary art of chefs such as Ferran Adrià, Barcelona is a place known for its food. Benefiting from its proximity to both the mountains and the sea, it has developed a reputation as a veritable foodie paradise, with everything from cheap and cheerful tapas bars to three-Michelin star restaurants to choose from. 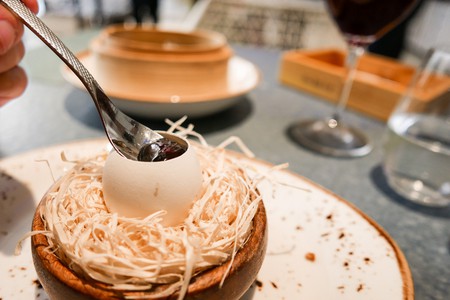