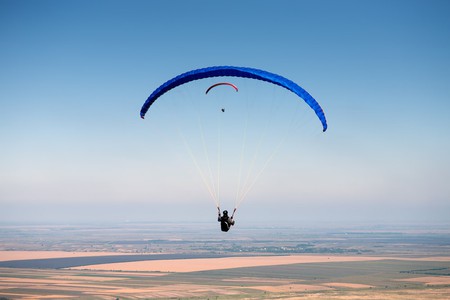 A spot of paragliding in Serbia | © Rasica/shutterstock

Serbia is known for being a high-adrenaline destination, and that’s just the people. The nation also happens to be full of mountains, rivers, canyons and the rest, meaning there are plenty of options when it comes to adventure tourism in Serbia. If you’re looking for high-octane excitement in the state, look no further.

Serbia is a land of rivers and lakes, so it is no surprise to hear that there is plenty of white water rafting available for those with nerves of steel. The Ibar and Lim rivers are the best bets, although the Drina isn’t far behind. Not for the faint of heart, white water rafting in Serbia is all about giving up control and hoping that the vicious waves won’t hurl your vessel into the air. And to think, locals once travelled down logs on this river, in the hope of catching fish. Good luck with that. 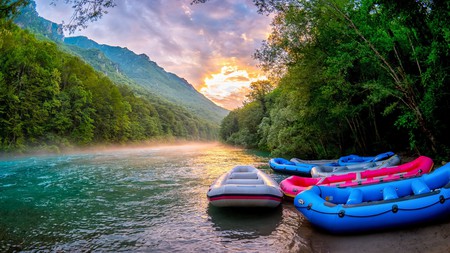 Serbia is a remarkably beautiful country from the ground, but it is difficult to beat the views on offer from the skies. Paragliding is readily available throughout the country, and this is as close as you are going to get to achieving mankind’s longtime dream of being able to fly. There are plenty of options for paragliding in Serbia, with the hills outside of the central and southern cities among the most popular. Several international paragliding competitions have been held here, which tells you something about the conditions. 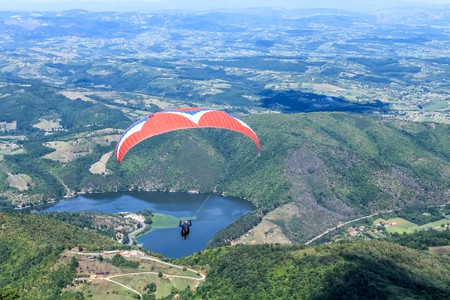 Paragliding is one thing, but skydiving is an entirely different kettle of fish. If you’ve ever had a great desire to jump out of a plane (madness, madness we say), get yourself strapped to an instructor and parachute down from the skies above Serbia. This isn’t exactly the world’s most affordable activity, but those with a little bit of cash and a bag of nerves should head to the sports airports around Belgrade, Novi Sad and Subotica.

Kayaking is very common throughout Serbia, but it is hard to top doing so through the Iron Gates at Djerdap. The gorge (technically a river, but who’s complaining?) is one of the great natural wonders of the nation, and kayaking through it is guaranteed to elicit an active response from the goosebumps that hide beneath the skin. The views can’t be beaten, although be sure to pay attention to where you are going, lest you crash into a 14th-century fortress. 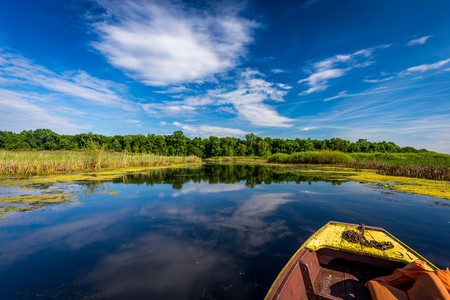 If you aren’t sure whether you want to go free climbing or not, it is probably best to give it a miss for the time being. The sport is as risky as it gets, and requires total focus of mind and no small amount of physical conditioning. You can’t really just turn up and have a go. If you are up for the challenge, however, plenty of artificial walls can be found in and around the urban areas of Serbia, including Belgrade, Novi Sad and Niš.

Skiing has well and truly entered the mainstream over the last couple of decades, but that isn’t to say there is no adventure left in the sport. Kopaonik and Zlatibor stand tall over the rest of Serbia’s ski resorts, and the former is a major holiday destination for Serbs in the winter. A wide range of routes are on offer, from total beginner to absolute grand skiing champion. The views from the top of the mountains are a spectacular enough reason to visit. 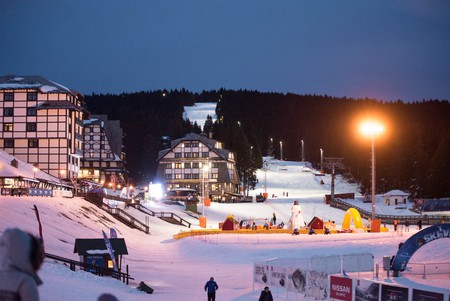 While we’re on the subject of the snowy mountain tops, how about a spot of snowboarding? Kopaonik is the place to go once again. Serbia’s snowboarding scene is still fairly underdeveloped, but that isn’t to say it isn’t waiting to be explored. Just be careful if the snow gets a little too intense, as there’s nothing worse than snowboarding bling.