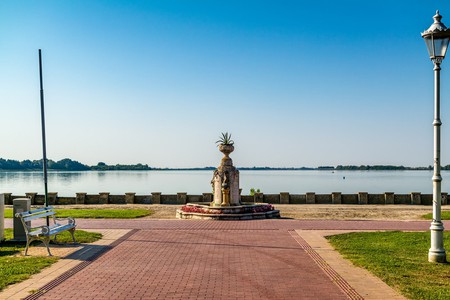 Instagram divides the social media-using public, with as many enthralled by it as there are people who just don’t get it. Serbia has well and truly embraced the platform, and Instagram is full of fantastic photographers snapping the many sights and sounds of everyday life in the country. Here are some of the nation’s finest, but the list does not end here.

Where better to start? Ordinary people have picked up where the official organisations failed to begin, and IG_Belgrade is the place to kick off your Insta-relationship with Serbia. Posting pictures from all over the city on a daily basis, IG_Belgrade is also an excellent gateway to unearthing some of the best photographers in the region.

The good people who run IG_Belgrade often retain their best stuff for their own personal pages, so they are also 100% worth paying attention to. Aleksander Matic is the administrator of the page, and his own profile also incorporates his travels around the globe.

Sticking with IG_Belgrade, Miloš Plavšić is another member of the team who saves his best for his own personal page. There is a far more artistic side to these pictures, with plenty of experimentation when it comes to light and shade.

Moving away from artistic shots of Belgrade for a moment, Instagram is also a useful tool for educating the masses. Jelena Zivkovic’s page is dedicated to the long and storied history of Belgrade, posting pictures of the city’s past or dedications to the men and women who made it what it is today. An absolute must-follow.

Nemanja is another Serbian photographer whose work is featured in many places, and the young man is one of the best when it comes to capturing the intangible things that make Belgrade such a special, special city.

There’s more to Serbia on Instagram than Belgrade of course, and Djordje Stefanović is a photographer from Arandjelovac who shines a light on the many gorgeous Serbian sights away from the capital. That isn’t to say that Belgrade is ignored, but you’ll see plenty of Kragujevac, Sombor and the rest here.

Completely eschewing Belgrade is Vojvodina_IG, an Insta page that does exactly what it says on the tin. The profile features all things Vojvdina, from the lush greenery of Fruška Gora to the darling towns of Sremski Karlovci, Zrenjanin and more.

Just 17 years old. Seventeen. That is how old Emil Stakić is, yet the young man has amassed a serious Instagram following thanks to some fantastic shots of the capital, taking on many modern tropes without inciting much fury from traditionalists.

More Belgrade excellence comes from Strahinja Simić, another fine photographer whose work focuses more on intricacies than mass shooting. Belgrade’s public transport features heavily in his work, proving that it is possible to make even the most tired of constructions beautiful.

The Belgrade Waterfront construction has caused no small amount of controversy in Belgrade, not least because of questionable legality and the shady actions of security forces in the night. Ne Davimo Beograd rose up as a protest movement against corruption in the city, and its Instagram page promotes the various actions and aims of the group. Make no mistake about it, Ne Davimo Beograd is one of the most important organic organisations in the region.

While not necessarily a Serbian Instagram account, the Ex-Yugoslavia Instagram page is mandatory following fodder for anyone with an interest in the region. Belgrade features more often than any city, but you’ll soon fall in love with all of what once constituted Yugoslavia.