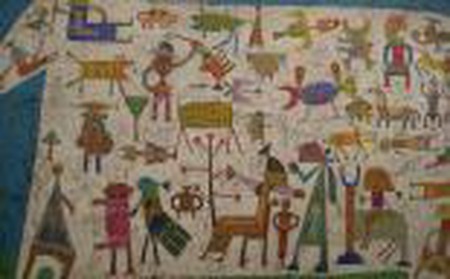 An iconic Romanian painter, Victor Brauner was a leading figure in the Surrealist movement. Through his unique use of color, and his exploration of religion, folklore and dreams, Brauner regularly transcended his own artistic boundaries, combining literature, philosophy, anthropology, metaphysics and spirituality in his works. 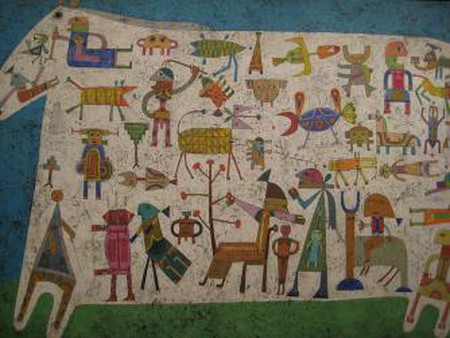 Victor Brauner was a Romanian avant-garde painter. His paintings, drawings and prints are distinguished by their eclectic choice of imagery and diverse religious symbolism. Brauner wanted to identify himself with the French Surrealists. In doing so, his tendency was to extend the use of poetry through the transformation of physical formations, guised as unique arrays of religious symbols. Brauner’s work integrated his fascination with both magic and private myth. Not only do his paintings depict Romanian folklore and esotericism, but they are also entrenched with spiritual symbols, developed from a personal allegoric iconography and inspired by his turbulent childhood and heightened anxieties. This depiction of both personal and social relations separate Brauner from his Surrealist counterparts, Max Ernst and Yves Tanguy. Furthermore, his paintings become enriched through an extraordinary and vivid use of color palette, such as is displayed in Brauner’s Prelude to Civilisation (1954).

Magical folklore creatures and archetypes of the unconscious are represented in Brauner’s work. Inspired by archaic relics and primitive civilizations, Prelude to Civilisation is a stylized image of a large animal decoratively inscribed with figures, masks and abstract symbols. The creatures depict Mexican codex illustrations in a highly imaginative way whilst evoking ancient cave paintings. Brauner has executed this piece in encaustic, a technique which combines paint and molten wax. 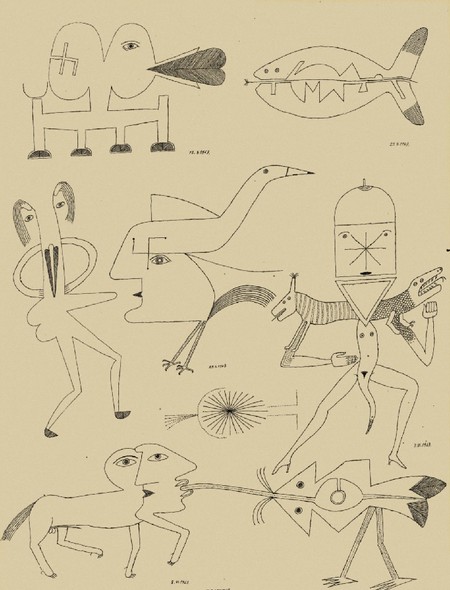 Brauner also became very interested in the depiction and domain of the body. In Self Portrait with Enucleated Eye, Brauner manifests an image that would later be a premonition of an actual loss which would occur several years later. This painting in particular would later develop the artist’s autobiographical oeuvre and assert himself as a leading figure in the Surrealist movement, connecting Surrealist visual elements with a combination of literature, philosophy, anthropology and much later metaphysics and spirituality.

In the Anatomie du désir series of drawings on paper, the body is depicted as fragmented, artificial and mechanical. Each evoking a strange mechanism, an articulation of an imaginary anatomical drawing. The play of mechanism and body furthermore exists to make formal comparisons between the artificial, animate and sexualized, and between conscious and unconscious. Displayed in innumerable versions, the reconfiguration of the body into an animal configuration is thus one of Brauner’s prefered preoccupations. The conflation of these parts determine the invention of new beings and create a representation of the Surrealist convulsive beauty. This aesthetic is therefore seen as having an unsettling nature which offers glimpses associated to the individual. Das unheimliche or “the unhomely” in this case, symbolises Brauner’s traumatic and repressed anxieties. The mixture of parts thus pertains to the myth of the archaic arts.

A prolific inventor who participated actively in the Surrealist movement. Victor Brauner was not only a painter but also created a number of other forms of art; assemblages, sculptures, posters and illustrations. By inscribing the visual world of dreams, trances, prophetic experiences and South American Folklore, Brauner attempted to discover a meaning of the world defined through myth, executed through eclecticism, and his Surrealist art. Brauner’s paintings not only defy the laws of imagination exorcized through exotic Romanian spirituality and surreal poetry, but are also noteworthy for their artistic investigation, art historical and scholastic merit.