Mihai Eminescu is considered one of the most important poets of the Romanian language, and is cherished as a national poet in both Romania and Moldova. His works were indebted to the Romanticism of Western European poetry, but placed an emphasis on his own national allegiances. Lindsay Parnell explores his life and work. 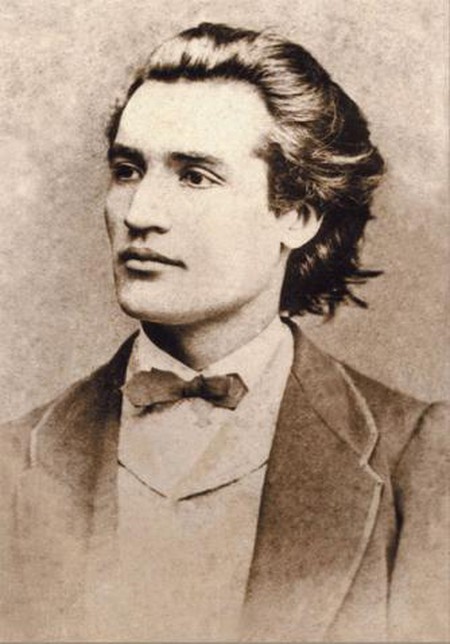 Greatly influenced by the literature of Western European authors and the philosophical doctrines of German academics such as Arthur Schopenhauer, Mihai Eminescu (born Mihai Eminovici) is considered the national poet of both Romania and its neighbor Moldova. His romantic inspirations led to poetry which reinterpreted traditional narratives of the mythological, fabled and metaphysical. Often credited with igniting a complete revolution of Romanian verse, Eminescu’s poetry debut came in 1866 when he was just 16 years old.

At 19 Eminescu moved to Vienna and began his university studies, reading both Law and Philosophy. During his time at university Eminescu became an active member of the literary scene and a frequent contributor to various newspapers and student-run publications, but no affiliation was as important as his involvement with Junimea. This was Romania’s esteemed literary society led by the influential academic critic and politician Titu Maiorescu, who would become Eminescu’s mentor. Eminscescu’s role in Junimea involved writing extensively about the socio-political climate of minorities living and working within the Austro-Hungarian Empire, specifically Romanians. Junimea would have a profound affect not only on his personal life, but also on his professional aspirations as a writer. This group encouraged and nurtured Eminescu’s natural gifts as an artist, but also provided professional support and means for him to continue his academic studies in Berlin. 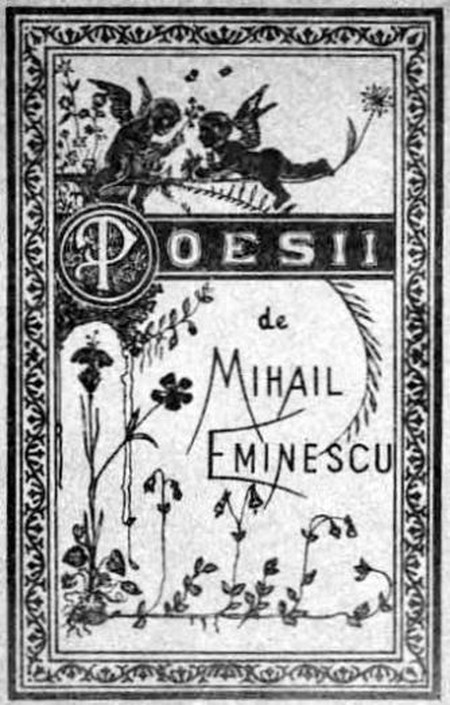 After completing his education abroad, Eminescu worked as a university librarian, newspaper editor and journalist although he continued to write and publish poetry. Eminescu’s masterpiece ‘Luceafărul’ (‘Evening Star’) was published in 1883. It is an epic love poem engaging the beauty of the natural world and interrogating the psyche of man. The year it was published Eminescu was admitted to a psychiatrist sanatorium in Bucharest after allegedly exhibiting symptoms of a mental illness. He was later diagnosed with manic-depressive psychosis and died in 1889. Although he left various texts, manuscripts, poetry volumes and countless letters after his death, Eminescu would only see the publication of one full collection of poetry in his lifetime, 1884’s Poems (written and published with the help of his mentor Maiorescu). Eminescu is celebrated for both his technical achievements, his expert control of the concise, declarative language he uses, and the philosophical weight of the themes of his verse. Although known for his accomplished career in poetry, Eminescu was also an author of fictional works, his most praised prose pursuits are the duo of Sărmanul Dionis and Cezara. Eminescu continued to work as a freelance journalist (producing some of the most affecting written accounts of the Russo-Turkish War ever recorded), travel and lecture internationally until his death.

There has existed some controversy over the exact national affiliation of Eminescu, which has highlighted the historical animosity between Romania and Moldova. Moldova’s often complicated relationship with Romania features a history of conflict, despite a shared culture and nearly identical languages. This has prompted questions of nationality amongst some of the two countries’ most prominent citizens, including Mihai Eminescu. The complex land and political disagreements which exist between the two countries have led to various discrepancies over Eminescu’s nationality. Moldova has erected a statue of Eminescu in Chisinau as well as naming their most prominent theatre the Mihai Eminescu National Theatre. Although such national divergences exist, Eminescu remains one of the region’s most celebrated and luminous literary presences, both in Romania and Moldova.