Not as well-known as Bucharest, Cluj-Napoca is a box-of-treasures in Romania that has gained its place as an economic, cultural and innovation centre on a national and international level. Today, Cluj is one of the most effervescent European cities, with a multicultural environment that lures both tourists and expats. Why is Cluj so captivating? Here you have some good reasons.

The ‘Napoca’ from Cluj-Napoca was the name of the Roman citadel founded on the city’s territory more than 2,000 years ago. After fighting the Dacians and conquering the territory of their kingdom, the Romans settled and built a citadel in what is today’s city centre. In the 1st and 2nd centuries, Napoca was the capital of the new Roman province and one of the most important cities in the eastern part of the Roman Empire. 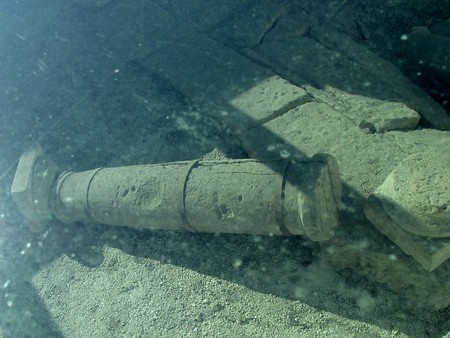 A City and Three Names

While the name of the city is Cluj-Napoca, the locals call it simply Cluj. But if you take a look at the town signs when entering the city, three names will be revealed: Cluj, Kolozsvár, and Klausenburg. Kolozsvár is the Hungarian version, while Klausenburg is the German variant of Cluj, which before 1918 was a part of the Hungarian Kingdom and later, the Austro-Hungarian empire.

The ‘Heart of Transylvania’

Cluj is not called the ‘Heart of Transylvania’ because of its geographical position, but for its role in the historical and economic development of the region. During the 18th and early 19th centuries, when Transylvania was part of the Austro-Hungarian Empire, Cluj was the capital of the empire’s province, an unofficial title that the city holds in modern day, too.

During 2015, Cluj was the ‘European Youth Capital’. An array of manifestations and events were organised during the whole year, including the first edition of the ‘European Festivals Awards 2015’ winner UNTOLD Festival and other 1,500 activities that put Cluj on the map of the young, vivid and exhilarating cities of Europe. The second university centre in the country, Cluj’s never ceases to surprise.

Cluj Has a Street Full of Student Bars

One third of Cluj’s population is formed by students coming from all over the country and Europe, drawn by the varied study, the vivacity of the city and all the opportunities it offers. Their favourite place in the city is the Piezisa Street, a road full of bars where you can have a drink for far less than in the city centre.

Art City of the Future

Cluj was included on the list of the ‘Art Cities of the Future’ as one of ‘The 12 Cities that Will Shake Up the Art World in the 21st Century’. Featuring national and international art galleries, Cluj is also home to the biggest and most remarkable artistic project in the country, the Paintbrush Factory, an old factory converted into an independent cultural space. Recently, another project was created, Centrul de Interes, which aims to bring contemporary art closer to the local community.

Catch the last days of ”A Flamingo, a Camel and an Owl walk into a Gallery” exhibition by @joefletcherorr | @sabot_gallery based at Centrul de Interes. Foto: YAP Centrul de Interes is open from Tuesday to Saturday, from 4 pm to 7 pm. #centruldeinteres #BancaTransilvania #PrimariaCluj #opentoday #visitus #floor4 #contemporaryart #clujhotspot

A World Premiere in Cluj

In Cluj, you can find the first kinetic steampunk pub ever opened with a worldwide-unique design: Enigma Cafe. Designed by two Romanian artists, the bar is awe-inspiring. Once inside, you feel like in a time capsule where a giant moving wheel keeps the time flowing. The design is another proof of the locals’ creativity and artistic spirit.

The #time is now. #enigmacafe #cluj

Cluj Has its Own Local Dish

The Cluj people are proud of their city, culture and cuisine. So if you ask a local what traditional dish would recommend, the first answer will be varză à la Cluj. The savoury plate is prepared with rice and meat and can be flavoured with cumin, thyme or paprika. It is usually served with bread and sour cream and the best place in town to eat it is at Varzarie, a gastronomic paradise for cabbage and meat lovers.

If you are a medical student or just passionate about old remedies, there is a place that you cannot miss: the Pharmacy Museum. A visit to Cluj’s first pharmacy will introduce you to the 16th to 19th century medicine when mummy dust was one of the main cures for diseases. Moreover, you can learn how to prepare a love potion, an age-old aphrodisiac.

The Most Friendly City in Europe

A survey of the European Commission published in the Eurostat Yearbook Statistics 2014 regarding the presence of foreigners and whether it is good for the city, ranked Cluj first among the participants. Cluj recorded the highest rate of agreement with 91% of its locals having a positive perspective concerning the foreigners coming or living in the city.

Cluj Has the Best Air Quality in Europe

Cluj ranked 1st among 100 larger cities in the European Union in terms of air quality. According to research published by the French magazine We Demain in 2014, Cluj-Napoca and Edinburgh are the only two large cities where the average number of days of air pollution exceeding normal levels is zero.

An Innovative IT Cluster

With more IT engineers per capita than the USA, China, India or Russia, Romania is developing into a very attractive destination for IT companies. Cluj IT was founded in 2012, a cluster based company created as a network of IT companies and related organisations. Their aim is to increase the competitiveness and growth if IT services and products using innovative software and products.

The Biggest Polyvalent Hall in the South Eastern Europe

Opened in 2014, the Polyvalent Hall is the biggest and most modern of its kind in southeastern Europe. It can house more than 7,000 guests for sporting events and around 10,000 for a concert. Since its opening, James Blunt, Julio Iglesias, Eros Ramazzotti, Lara Fabian and Modern Talking have held concerts in the Polyvalent Hall. In 2017, the European Gymnastics Championship and the FIBA EuroBasket 2017 took place inside.