Witold Gombrowicz is a 20th century writer and literary icon in Poland whose works challenged the regimes that occupied the country. We examine this great literary master’s life and work. 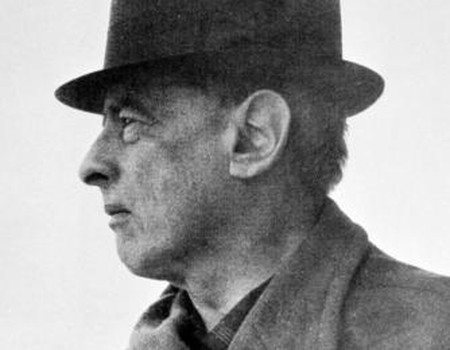 Witold Gombrowicz has been described as the ultimate writers’ writer, with the thought behind his work linking him to philosophers Roland Barthes and Jean-Paul Sartre. Fantastical and absurd with strong links to existentialism, structuralism and satire, he has been hailed by Milan Kundera as one of the 20th century’s great novelists and one of its most profound by John Updike. Anti-nationalist with deep psychological insight, his work questions and attacks our ideas of culture, form, true authenticity and literature itself. In 2004, his native Poland celebrated his life and work by declaring it the year of Gombrowicz, yet he still remains largely unknown in the West When one considers his works’ high regard, it is hard to understand his relative anonymity. Have readers moved away from Gombrowicz’s particularly idiosyncratic form of modernism? Does his attacks on culture alienate? Or is it something lost in translation?

The Life and Work of Witold Gombrowicz

Gombrowicz was born in 1904 in Congress Poland, which was under the rule of Russian Tsars at the time. Like many of the greats of the last century, his life was touched by war and exile. Having initially left Poland for South America on board a Polish cruise liner, Gombrowicz would eventually find himself stranded in the Argentinean capital of Buenos Aires, with no money and no grasp of Spanish. While on board, the Nazis had invaded Poland and later the Soviet Communists would follow. Gombrowicz would spend the next thirty years of his life as an exile, firstly in Buenos Aires where he stayed for nearly twenty-five years, and then finally in France, after a brief spell in the old West Germany. Before this exile Gombrowicz had already begun a promising literary career that included the short story collection Memoirs of a Time of Immaturity (1933) and Ferdydurke (1937). The first two instalments of Possessed had also appeared, under the pseudonym Zdislaw Niewieski. Originally studying Law, and gaining a Masters degree at Warsaw University, Gombrowicz travelled to Paris to continue his studies. He returned home seeking work but failed to find any in his trained profession. It was then that Gombrowicz began to write.

Of all his early works Ferdydurke is perhaps the most celebrated, particularly within literary circles. The strange tale of a young man enslaved by his old schoolmaster and thrown back into the classroom, Ferdydurke is an exploration into the problems of youth and immaturity. It is a dissection of critical examination, of class in Polish society, and a journey through a gallery of the public faces where individuals assume to hide their true selves. It is often considered as an attack on totalitarianism and oppression, with many linking it to what was to follow in Poland with the Nazi and Soviet subjections. However, it must be considered that having written Ferdydurke two years before the start of the war and the subsequent occupation, Gombrowicz was attacking something else. Having originally rejected the idea of the novel and intending to challenge the form as much as possible, it could be argued that the novel itself deals with the oppression of culture and the totalitarian ideas of literature, in particular the form of the novel. On its release Ferdydurke polarised opinion, with staunch defenders hailing its genius and enraged attackers branding it the work of a madman. 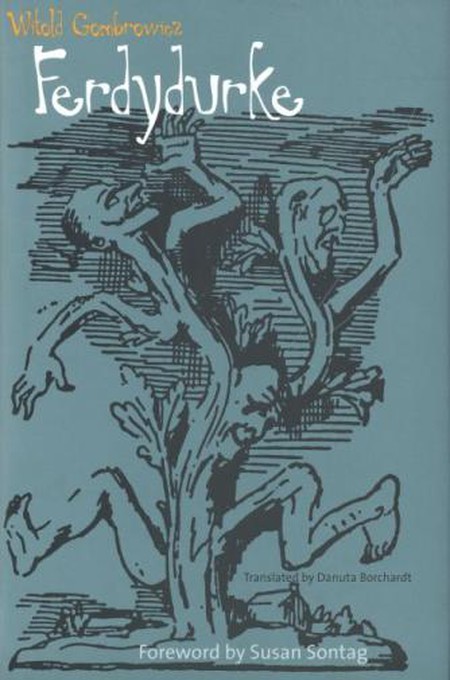 Two years later Gombrowicz was broke and relying on the charity of Polish expatriates in his new home of Buenos Aires. He eventually attempted to work his way into Argentine literary circles by giving lectures in the cafés and releasing a Spanish translation of Ferdydurke (1947). At the time this translation made relatively no impact, however it is now considered a significant event in Argentine literary history.

In 1953 ­– at a time when he was working as a bank clerk ­– Gombrowicz’s arguably most important work made its first appearance. Having had short stories published since 1951 by Kultura, a Polish literary magazine based in Paris, Gombrowicz proposed something different. Fragments of a Diary was a passionate defence of Polish culture, with musings of the deepest, most personal kind on everything from religion and politics, to folk poetry and philosophy. Full of attacks on form and experiments with structure, it appeared in serial form right up until his death. Initially banned from publication in Poland by the occupying powers due to its criticisms of the state, it has since been released in its complete unabridged form with the title shortened to Diaries.

1953 also saw the release of Trans-Atlantyk, a semi-autobiographical tale of a young writer called Witold, who embarks on an ocean voyage to Argentina. Taken in by the local Polish community, the story twists and turns in a way only Gombrwicz novels do until Witold finds himself the second in a duel. Controversial upon release, Trans-Atlantyk deals with the idea of nationality and what it means to the individual. Written in an unusual style, more in keeping with an ancient form of oral storytelling that was popular with rural Polish nobility, Trans-Atlantyk is often likened to Pan Tadeusz (1834) by Adam Mickiewicz. However Gombrowicz once claimed his writing was in defiance of Mickiewicz.

Gombrowicz continued with Diaries throughout the 50s and 60s. He also wrote two more novels Pornographia (1960) and Kosmos (1965). Then, after receiving a scholarship, he returned to Europe. A brief spell in West Berlin followed, but Gombrowicz was forced to move on due to a slanderous campaign by Polish Communists. He ended up in Paris where he met Rita Labrosse, his future wife. They settled in Vence in southern France where Gombrowicz wrote Kosmos. It was this novel that finally got him the recognition his work deserved, receiving the prestigious Prix International in 1967. By this time though his health had deteriorated and he was unable to fully appreciate the acclaim his work was receiving.

Now more than forty years since his death, Gombrowicz is a cultural legend in his native Poland, where his wordplay and use of language endears him to generation after generation. Ironically however, it is this mastery of the language that has most likely left him unknown to many readers outside of his mother country. 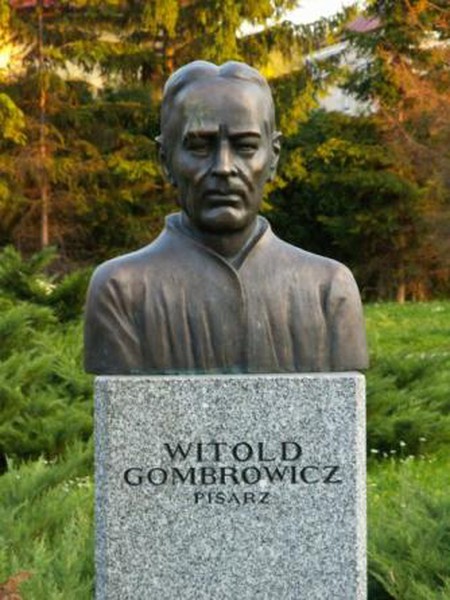 The first English editions of Gombrowicz’s work were published in the 60s and were taken from French, German, and Spanish translations of the Polish originals. While one of the major attractions of his work is his wordplay, many of the double-entendres he used have no English equivalents. Adding this on top of being translations of translations, Gombrowicz’s English conversion fought an uphill battle: an unknown writer that couldn’t fully be translated.

Since the turn of the century Gombrowicz’s work has been translated from the original Polish. Although we still cannot fully appreciate his mastery of language we can appreciate his beautifully absurd stories, which continue to polarise opinion. It seems that for every analyst that champions his genius, there is a critic to dismiss him. One suspects though that this is exactly how Gombrowicz would have wanted it.