10 Polish Musicians You Need to Know 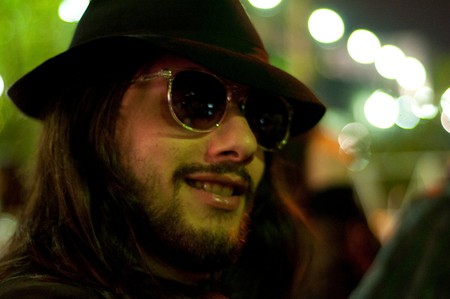 From Romantic virtuosi who are household names to experimental jazz fusionists and Pop Idol veterans, this list of ten Polish musicians you need to know is sure to have something to suit your taste.

No list of Poland’s need-to-know musicians could possibly be complete without Frédéric Chopin. Creator of the Funeral March and other totemic classical pieces, he’s revered across the globe as one of the greatest Romantic virtuosos of the 19th century. Although the iconic composer spent most of his life in France, he never forgot the national struggle of his native land – a subject that inspired many of his pieces.

Poland’s answer to Springsteen and Rory Gallagher comes in the form of Czesław Niemen. With his emotive rock-folk ballads and hard-hitting lyrics, he headed up the new wave of strummers, singers, and keyboardists who would give Poland a more rocky and rhythmic voice in the post-war era. Amongst Niemen’s biggest hits is “Jednego serca” (1969), which is still a karaoke regular today.

The eclectic works of Karol Szymanowski can be roughly divided into three individual periods. There’s the early stuff, with all the Romantic turns of phrase of classical 19th-century German works. Then there’s the experimental Third Symphony with its atonal infusions. And there’s the later period, which includes mazurkas and hearty influences from the Polish Tatra Mountain tradition. That all adds up to a legacy that’s often hailed as one of Poland’s greatest classical oeuvres.

Master of timbre, texture, dynamics, and rhythm, Krzysztof Penderecki has been hailed as the greatest living composer from Poland. His works have been featured in major film productions, like Kubrick’s acclaimed The Shining, while other compositions of Penderecki’s have been used at national ceremonies, like the 1970 unveiling of honorific monuments to the Gdansk shipyard riots.

Riding the wave of the Polish avant-garde jazz movement, and sometimes even adding to the swell himself, Tomasz Stańko is best known for his work in the late 1960s with his eponymous quintet. Albums like Jazzmessage from Poland and Dark Eyes (his acclaimed Polish platinum work) became symptomatic of his emotional and immersive style.

The main component of the Polish girl band Virgin of triple-platinum album fame, Doda (real name: Dorota Rabczewska) is a pop-rock star with Eska Music awards, Viva Comet awards, and MTV awards alike in her cabinet. Never one to dodge controversy, she’s managed to be indicted for “offending religious sensibilities” and regularly releases singles with hard-hitting monikers like “Diamond Bitch” and “Fuck It.”

Four number ones and a stint on Pop Idol all add up to make Monika Brodka one of the most notable female musicians of the Polish modern age. She’s known for her penchant for electronica and repetitive beats, adding in just a dash of creative, folksy dissonance that sets her work apart from the mass-produced artists of the pop world. Her most famous songs include “Ten” and “Dziewczyna Mojego Chłopaka.”

From Dixieland to Deep South blues, electronic violin to hip-hop infused jazz pieces, Michał Urbaniak has to be up there with the most experimental of Polish musicians. His discography is long and mixed, with stints in boundary-breaking bands like Urbanator and oodles of folk-jazz-electronica fusion pieces to boot.

If you’ve ever seen Bram Stoker’s Dracula (1993), The Pianist (2002), or The Truman Show (1998), chances are you’ve heard at least one of the acclaimed film scores of Wojciech Kilar. One of the most prolific Polish film composers of all time, his work has found its way into national masterpieces by Andrej Wajda and Hollywood blockbusters alike.

Another of the great musical names to have cut his teeth and forged his reputation in the film industry, Krzysztof Komeda was the master behind the nail-biting and evocative scores of many of Roman Polanski’s movies of the 1960s, from Knife in the Water to Rosemary’s Baby. His most notable work, though, has to be “Astigmatic” – it’s considered by many an aficionado to be the marker that cleared the way for an identifiable form of European jazz music.