10 Movies About the Holocaust You Have to See 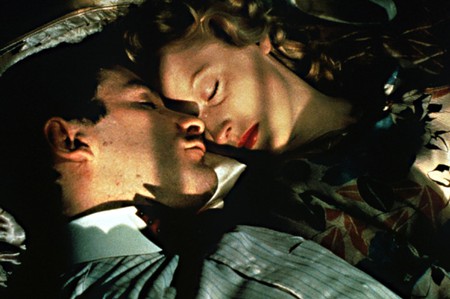 Remembering the tragedy of the Holocaust has been the motive behind countless pieces of art, from visceral paintings depicting life in concentration camps to compelling poetry revealing the hardships endured. Here, we take a look at the ways in which film has commemorated one of history’s most harrowing events. Here’s our list of Holocaust movies you should see.

The Boy in the Striped Pajamas is a story seen through the innocent eyes of Bruno, the eight-year-old son of the commandant of a concentration camp, who forms a friendship with a Jewish boy on the other side of the camp fence. The movie is based on the novel of the same name by Irish writer John Boyne. It is a brilliant film about the lines that divide us and the innocence of childhood as opposed to the cruelties of war in an adult world. 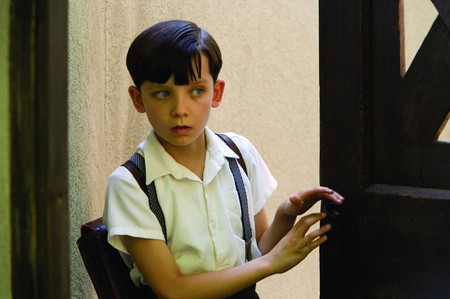 Based on an autobiographical book of the same name, this film follows the story of Polish-Jewish pianist and composer Władysław Szpilman and his struggle to survive in the Warsaw Ghetto during WWII. The Pianist, director by Roman Polanski, received multiple awards and nominations for its depiction of unnerving brutality contrasted against a backdrop of beautiful classical music. Adrien Brody won the 2003 Academy Award for Best Actor for his performance as Szpilman.

This compelling work by Italian comedian, actor and director Roberto Benigni combines the elements of tragedy and comedy in order to reveal the realities of the Holocaust. Benigni himself plays Guido Orefice, a Jewish-Italian bookshop owner who must employ his imagination to shield his son from the horrors of a Nazi concentration camp. A curious amalgam of laughter and sobering moments ensues and the film eventually won no less than three academy awards!

Chronicling the volte-face change in morality of Nazi entrepreneur Oskar Schindler, this memorable movie garnered countless awards and accolades following its release in 1993. The story is one of both suffering and hope, pitting the dark and harrowing evil of figures like Amon Goeth against the emotional turmoil of the protagonist, played here fantastically by Liam Neeson.

The Counterfeiters is a film about Operation Bernhard, the largest counterfeiting operation in history, carried out by Germany during WWII. The operation was a secret plan by Nazi Germany to destabilize the United Kingdom by flooding its economy with forged Bank of England pound notes. The film is based on a memoir written by Adolf Burger, a Jewish Slovakian typographer who was imprisoned in 1942 for forging baptismal certificates to save Jews from deportation, and was later interned at a concentration camp to work on Operation Bernhard.

Starring a young Meryl Streep (who went on to win the Best Actress Academy Award for this film), Sophie’s Choice is about a Polish immigrant called Sophie who shares a boarding house in Brooklyn with her lover, Nathan, and a young writer, Stingo. They seem to be leading a happy and careless life but, as the movie progresses, flashbacks reveal Sophie’s horrible memories of a Nazi concentration camp and the hard choices she had to make in order to survive.

This film, directed by Agnieszka Holland, is based on the 1989 autobiography of Solomon Perel, a Jewish German boy who escaped the Holocaust by masquerading as an elite “Aryan” German. (Perel even appears briefly as himself in the finale of the movie). Overall, it tells a brilliant story and deservedly won the 1992 Golden Globe Award for Best Foreign Language Film.

Divided We Fall is a Czech film directed by Jan Hřebejk. It was nominated for the Academy Award for Best Foreign Language Film. The film tells the story of a childless couple in Nazi Germany who agree to hide a Jewish friend, despite the risks it poses. The movie takes a complex look at WWII and the Holocaust, skilfully balancing dark humor and horror at different moments throughout.

This heart-breaking story is based on the personal diary of young Jewish girl, who, together with her family and friends, was forced into hiding in an attic in a Nazi-occupied Amsterdam. The diary was published after the end of the war by her father, Otto Frank, since he was the only surviving member of the family. The Diary of Anne Frank is another film that brilliantly depicts the sad hopefulness of an innocent child in contrast to the horrors and inhumanity of war all around.

This movie tells the story of Jewish pawnbroker Sol Nazerman, who was a victim of Nazi persecution and saw his family tortured and killed in a concentration camp. He loses all faith in his fellow men and lives a bitter and friendless life numbed by the horrors of the past, only realising the tragedy of his actions too late. The movie was adapted from a novel of the same name by Edward Lewis Wallant.