The Best Movies by Roberto Benigni You Should Watch

For his 1997 masterpiece Life is Beautiful Roberto Benigni became one of only four people to be nominated for Best Actor, Best Director and Best Screenplay. And while the multi-talented Italian remains best known for that film, he had already gained a significant following in his home country with a number of other works. Check out 5 of his best. 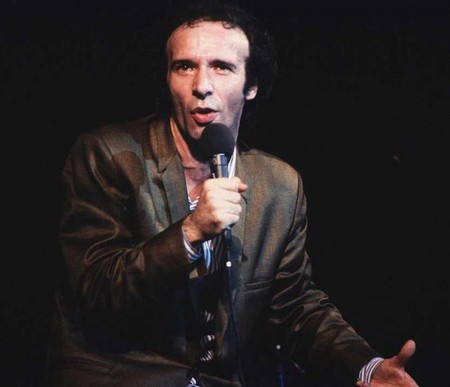 Nothing Left to Do But Cry came out in 1984, a year after Benigni’s directorial debut, You Disturb Me. It was written and directed by Benigni and Massimo Troisi, who also play the protagonists of the film, Saverio and Mario. After getting caught in a rain storm, the two seek refuge in a small inn and end up spending the night. They awaken the next morning to discover that they have travelled back in time to the year 1492, and of course shenanigans ensue. They get involved in a deadly feud, Mario falls in love, and they attempt to travel to Spain to stop Christopher Columbus from discovering America. One of the funniest scenes involves meeting Leonardo da Vinci at a campsite, in which the two stumble over themselves in an attempt to describe inventions and ideas from the future. The famous Renaissance man, unsurprisingly, is unable to comprehend anything they are saying.

Benigni directed The Little Devil in 1988, a comedy that is filled with gags. Benigni plays the role of the eponymous little devil himself, while Walter Matthau plays an American priest living in Rome named Father Maurice. Knowing nothing of the world, the little devil often creates mischief and, in classic Benigni style, weaves a plot that intimately wraps comedy with satirical commentary on the nature of religion and society.

Benigni shows off his comedic talent with his 1991 hit Johnny Stecchino. He wrote, directed, and starred in this comedy about the bumbling Dante, a bus driver in Sicily. One day, he meets Maria (played by Benigni’s wife, Nicoletta Braschi), who seems enamored with him. Little does he know though, it is too good to be true – Dante looks remarkably like Maria’s husband Johnny Stecchino, a Palermo Mafia boss who has snitched on his fellow mafiosi (also played by Benigni). Without knowing, Dante gets caught up in a scheme to have him killed and buried so Johnny can escape the country. Benigni is perfect in the role of the clueless but lovable Dante, and it is easy to see the chemistry between him and his wife on screen.

Like Johnny Stecchino, The Monster is another Benigni film that uses misunderstanding as a central plot point to create comedic situations. Benigni plays Loris, a landscape gardener and mannequin handler for a department store. Loris is mistakenly suspected of being a serial sex killer due to some strange and funny circumstantial evidence. In order to provoke Loris and finally have real evidence against him, the chief of police sends an attractive officer (again played by his wife, Braschi) to seduce him. Hilarity ensues – of course.

When you think of Roberto Benigni, the 1997 film Life is Beautiful is likely the first thing that comes to mind, and for good reason too. The movie was nominated for seven Academy Awards and won three of them, including Best Foreign Language Film and Best Actor, which went to Benigni for his leading role. In all, Life is Beautiful won 66 awards worldwide and was nominated another 39 times. The plot centers around the family of Guido Orefice, a Jewish-Italian bookstore owner. During World War II, the family is taken to a Nazi concentration camp, where Guido protects his young son Giosué from the horrors all around him through imagination and humor, by setting up a game for Giosué to play each day. This touching story is partly based on Benigni’s family history – before his birth, his father survived three years of internment at a concentration camp.