Where To See Edvard Munch's Art

Edvard Munch was a Norwegian artist active in the late 19th and early 20th centuries, most famous for The Scream (1893) – a composition depicted in four paintings and pastels showing a screaming figure against the backdrop of an orange sky. There is a lot more to Munch’s production, generally characterized by the same psychological intensity that makes The Scream so striking. Here is our guide to the best places to see Edvard Munch’s art. 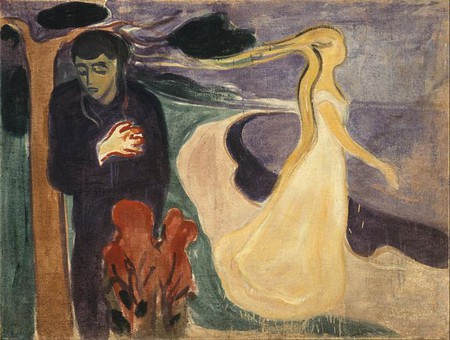 Edvard Munch left all his works still in his possession to the city of Oslo, who then built a museum in Tøyen, the area Munch grew up in, specifically to house them. It opened in 1963. This museum is hands down the best place in the world to see the artist’s work: it owns more than half of all his paintings, including two versions of The Scream,a 1894 version of Madonna, and at least one copy of all of his graphic works. The museum building itself was designed by two famous Norwegian architects, Einar Myklebust and Gunnar Fougner, but it will be moved to an impressive new site in a glass high-rise, expected to open in 2018.
Open In Google Maps
53 Tøyengata, Gamle Oslo Oslo, Oslo, 578, Norway
+4723493500
Visit Website
Give us feedback 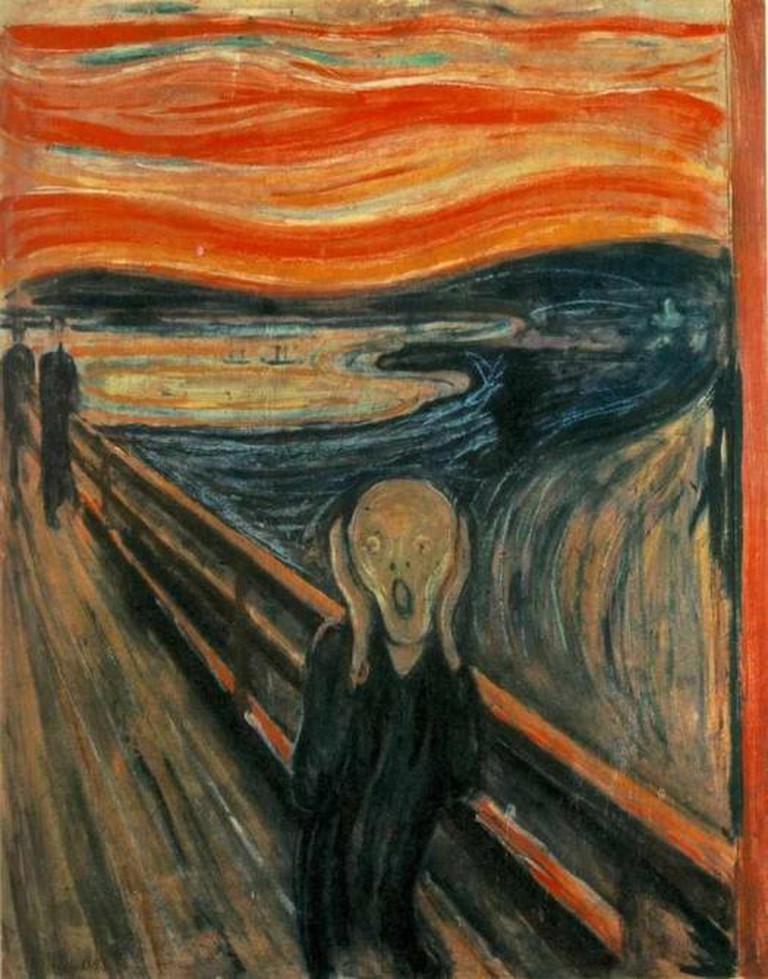 The version of The Scream on display at the National Gallery | © Edvard Munch (Public domain)/Wikicommons
The National Gallery (part of the National Museum of Art, Architecture, and Design) was the first public collection to buy a painting from Munch, whose work was highly controversial, even causing “violent outburst[s] of moral indignation” (Prideaux). Today, the gallery owns a set of paintings from his early career. There is a whole room dedicated to Munch’s work, with such masterpieces as Ashes (1894) and Puberty (1894-1895)—a piece depicting a naked girl sitting at the edge of a bed—as well as arguably the most famous of the two painted versions of The Scream.
Open In Google Maps
13 Universitetsgata, Oslo, 164, Norway
+4721982000
Give us feedback 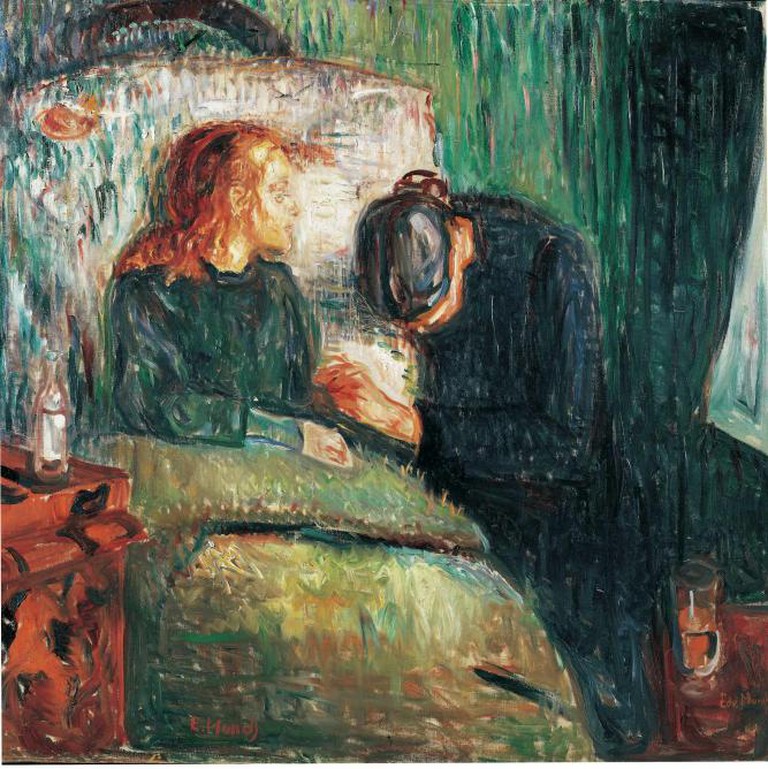 The Sick Child (Tate Modern) | © Edvard Munch (Public domain)/Wikicommons
In 1911, the University of Oslo decided to build an extension to celebrate its 100th anniversary, the University Aula, and held a competition to choose who would decorate its main hall. After much tribulation and controversy, Munch won and his 11 large, expressionistic oil paintings have adorned the building since 1916. They are the only works by Munch that can still be seen in their original context. Unfortunately, the Aula is only open to the general public when it serves as a venue for events, so be sure to check the concert calendar to catch a glimpse of Munch’s incredible work.
Open In Google Maps
47 Karl Johans gate, Sentrum Oslo, Oslo, 162, Norway
+4722855050
Visit Website
Give us feedback

The second largest collection of Munch paintings outside of Oslo exhibits works from every period of Munch’s life, making it a great overview of the painter’s career. The most important works on display there are extracts from the Frieze of Life, an ambitious cycle of paintings subtitled “a poem about life, love, and death” – Jealousy (1895), Melancholy (1894), Women in Three Stages (1895), Evening on Karl Johan (1892), and The Sick Child (1886)are all part of KODE’s Rasmus Meyer Collection. There is also a striking black and white sketch of The Scream showing the same anguished face without the famous orange sky in the background.
Rasmus Meyers allé 7, Bergen, Norway, +47 55 56 80 00

One of a handful of Munch paintings on display outside of Norway and the only one in the UK is Munch’s 1907 version of The Sick Child at Tate Modern. This very personal painting, depicting his sister’s illness (and subsequent death), is one of Munch’s most famous works, and is emblematic of the vivid emotions and themes he has transcribed in his work throughout his entire career. He returned to this composition over and over again, over a period of about 40 years: there are six different painted versions, in addition to a number of etchings and other graphical works.
Bankside, London, United Kingdom, +44 20 7887 8888