City on a Plate: Credo's Heidi Bjerkan Takes Us Around Trondheim 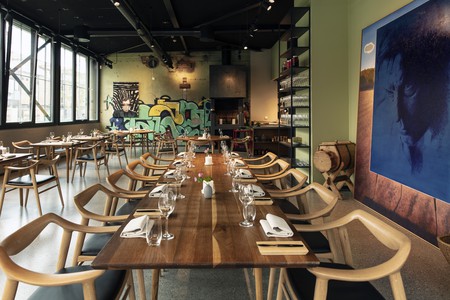 Credo is a one-Michelin-star fine-dining restaurant in Trondheim, Norway | Courtesy of Credo

Culture Trip talks to the world’s most talented chefs about the cities that inspire them and the sights, smells and sensations that drive their approach to food. Heidi Bjerkan is one of the Nordic region’s most respected chefs, and has made Norway’s second city, Trondheim, her own with the success of Credo – her temple to the produce found in her corner of the country.

Heidi Bjerkan is a culinary phenomenon. In a food scene – regionally, and globally – that is dominated by profuse, macho displays of pomp and performance, Bjerkan’s clear-minded and beautiful cooking stands apart. When chefs seem obsessed with showing diners just how good they are, how much they have reinvented haute cuisine, the food at Bjerkan’s Trondheim restaurant, Credo, practises showing rather than telling. Credo has been known to display on its walls the names, ages, backstories and portrait shots of the cows that provide dairy at the restaurant. 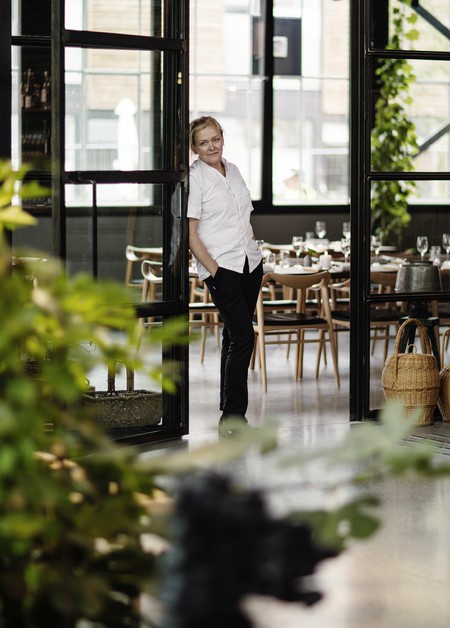 Credo has been open for 20 years, but Bjerkan has not always been at the helm. She opened the restaurant at the turn of the millennium, down a tiny backstreet of Credoveita by the banks of the Nidelva river. Five years later, she was snapped up by the palace to be head chef to the Norwegian Royal Family. After eight years working in the royal kitchen, Bjerkan returned to Credo just when New Nordic cuisine was in full swing across the continent, replete with its multitude of foraged herbs and pickled fruits. In 2017, she relocated the restaurant from its previously pokey old space, to a gigantic former factory further north in the neighbourhood of Lade, where her ambitions and her style have blossomed to dizzying new heights.

Credo isn’t just a New Nordic restaurant, nor is it a restaurant with a great list of suppliers for its meat and vegetables. What Credo is instead is its own closed-loop food system, where every part of the supply chain feeds back to itself. The restaurant supports a bakery and three farms (with another of its own on the roof), and has two more casual dining spots that use that same produce in simpler, less expensive ways. Credo’s dishes are a marriage of what the producers have to offer in the hours before service, and the fruits and vegetables the restaurant preserved from the months and years before. Most notably, dishes are often brought to you by Bjerkan herself, quietly and without table theatrics. Be it scallops, served raw with raspberry granita, or a honey-glazed duck breast, and a tart of its liver with plums, the food at Credo is relentlessly astounding, yet grounded and honest. Culture Trip spoke to Bjerkan about the particular charms of Trondheim, the city she has helped transform into a culinary hotspot. 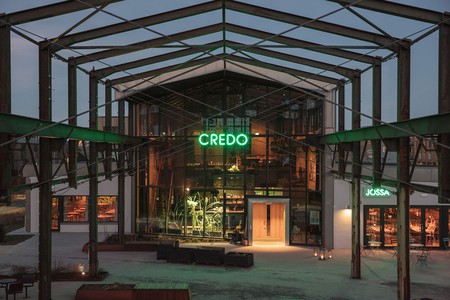 Credo’s new space, in the north of Trondheim, is an enormous upgrade on its previous establishment | Courtesy of Credo

I am Heidi Bjerkan, head chef and owner of Credo in Trondheim. I cook with my heart, and draw my produce and my inspiration from the farmers around us, and the vast natural beauty that we are all able to work within, to produce food that is uniquely of its time and place.

Trondheim is a city full of character and beauty; it’s everywhere you look. Whether you’re taking in the majesty of Nidaros Cathedral in the city centre, strolling past the picturesque pastel houses of Baklandet on the banks of the river Nidelva, or hiking out of the city and into the wild trails of Ladastien, there is so much to explore and appreciate. We have Svartlamon, the city’s alternative district, which is certainly not what you expect of your typical Norwegian neighbourhood! Here there is a spirit of being alternative, and collective action; we even have an Eat the Rich Festival every year!

The flavour of Trondheim is undoubtedly the taste of fresh seafood, plucked straight from the fjord water surrounding us. But we’re not just all about fish; when I’m away from Trondheim, I can’t find anything that replicates the flavour of the butter I get from Jon Fredrik at Fannremsgården, or the carrots grown by Carl-Erik, Elin and Chris at Skjølberg Søndre. They’re absolutely unique, and of the highest quality.

On one hand, our city is steeped in a lot of tradition, and set in doing things in a certain way; on the other we have a real optimism and vibrancy brought from the hundreds of young students who live here and make this city their own. We are open and welcoming, and have a real connection to our land and sea, and to nature. We do get angry, however, when Rosenborg loses a game of football. We’re the best team in Norway, and we like it to stay that way!

There is no one dish on our 20-course menu that I’d say represents Trondheim best. The story we tell instead – through the fish, meat, cheese, butter, carrots, grains, fruits – is the story of our farmers, fishermen and our small producers. We are a means to show you the brilliance and beauty of what they produce, that is what we want to express. 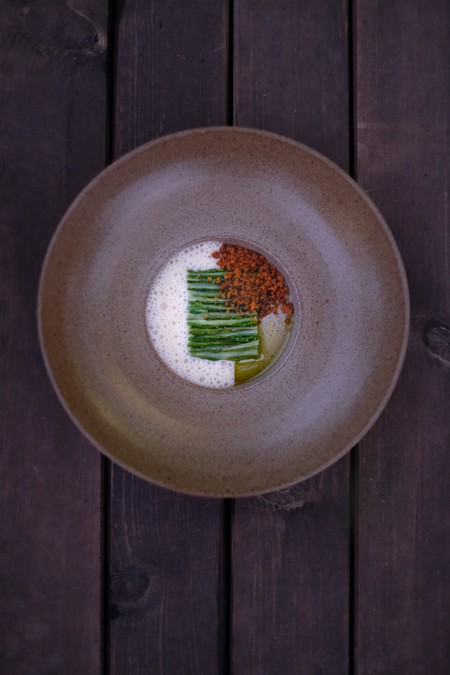 Bjerkan’s cuisine is simple but far from basic, and is designed to express the quality of the region’s produce | Courtesy of Credo

Heidi Bjerkan is the head chef of Credo, a one-Michelin-star fine-dining restaurant in Trondheim, Norway. Book a table, and keep up with her on Instagram.