Explore the Most Interesting Neighbourhoods in Luxembourg City 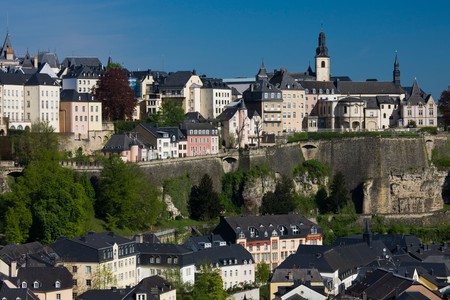 With under 120,000 inhabitants, Luxembourg city is one of the smallest capitals in the world. Its size, however, does by no means reflect the cultural variety and endless list of things to do and see in the city, because each neighbourhood in “d’Stad” – as it’s known to residents – has a very particular charm of its own.

It may seem funny that a tiny city such as Luxembourg could have a multitude of different faces. But just as the people living and working in the Grand-Duchy’s capital couldn’t be any more diverse, the 24 quarters that make up the centre of the country are a true melting pot in themselves. A historical core split into two levels and surrounded by ancient fortification walls, suburbs filled with Art Deco townhouses and fancy after-work bars, a quarter full of European institutions and restaurants from all over the world – Luxembourg has it all. And the best thing: you don’t even have to choose between districts you want to visit, because Luxembourg’s minuscule size makes it easier to traverse than any other capital in the world.

The first place any first time visitor should head to is – of course – the Old Town, also known as Ville Haute. The name of Luxembourg’s central quarter literally refers to its geographical position on top of ancient fortification walls, which once protected the city from intruders. The upper part of the EU’s second smallest capital is the historical and cultural centre of Luxembourg, with a huge number of museums, bars, restaurants and impressive sights to see. Walk the authentic cobbled streets between Place Guillaume II, locally known as Knuedler, and the Place d’Armes, head to the Palace of the only Grand-Duke in the world or discover Luxembourg’s famous Golden Lady, with views over the beautifully green valley of the river Pétrusse. For those keen on shopping, Groussgaass is the place to go – but beware, Luxembourg is, after all, one of the richest countries in the world and prices are, unsurprisingly, very high. 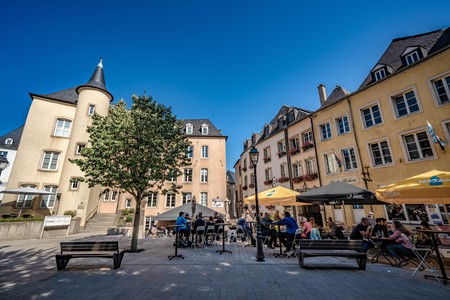 If you’ve made your trip around the upper part of Luxembourg city, it’s time to go level-down. Below the city’s classical Old Town lies a picturesque valley split into two parts: Grund and Clausen. Both are home to some of Luxembourg’s oldest and most charming buildings, dating back to the 14th century and mostly owned by Luxembourgish families. The best way to start your tour along the banks of the Alzette River is by taking the elevator on Plateau du Saint-Esprit, the capital’s court district, which leads you into Grund. A romantic location for strolls along the water and place of discovery of UNESCO World Heritage sites such as Abbey Neumunster, the Ville Basse turns into a buzzing hotspot for party animals at night. For a range of bars, clubs and restaurants that showcase the diversity of the city, head to the left and wander through the old brewery area of Rives de Clausen. 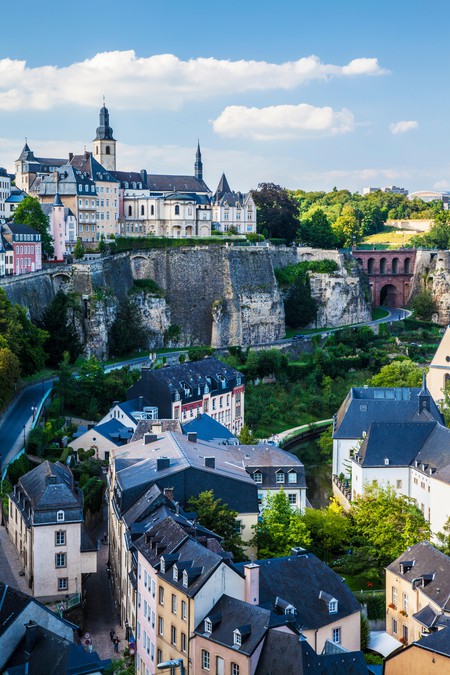 As in most capitals, Luxembourg has a district centred around its main train station, commonly called Quartier de la Gare. Here, there are three roads that describe the multifaceted character of the quarter pretty well: rue de Hollerich, which is home to Luxembourg’s red light district but also the place to be if you really love music and dance, both hosted in a cosy venue called den Atelier; avenue de la Liberté, with its beautifully decorated Square of Martyrs, locally known as Rousegäertchen; and last but not least, rue de Strasbourg, with little vegan cafés and quirky shops lining the streets. While much cheaper than the city centre, the Gare district still has a charm of its own and has some of the most authentic Haussmann-style buildings in the area. 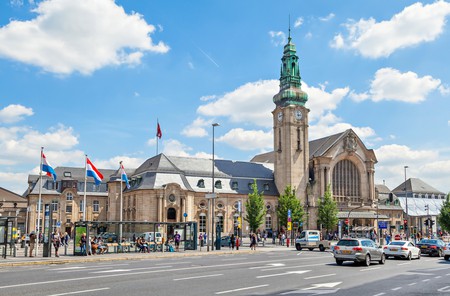 The last place not to be missed while visiting the city centre is Pfaffenthal. Easily reached through the glass elevator connecting the quarter to the Ville Haute, the district right below Luxembourg’s famous Red Bridge is a place to relax and enjoy some fine classical architecture. While Pfaffenthal is mostly a residential area, there’s still one or two cute shops to be found that let you escape the rush of the city. 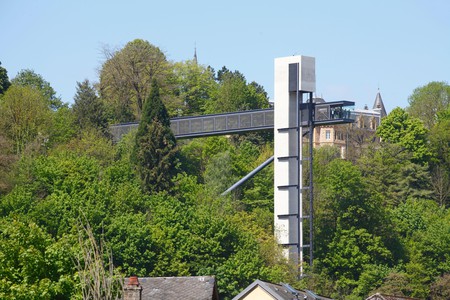 Once you’ve discovered all of Grand-Duchy’s historical offerings, it’s time to head to the newer, more modern part of town: Plateau de Kirchberg. Crossing the Red Bridge will bring you to residential areas filled with parks and quiet neighbourhoods, as well as an avenue crammed with banks, bars and food venues. Here, politics, business and arts meet in one single hub and create something that is both modern and typically Luxembourgish. The best way to get around is by tram, which has only recently been added to Luxembourg’s network of public transportation, after its predecessor disappeared in the 1960s. The ride takes you from the LuxExpo The Box event halls, past the newly opened National Library straight to Luxembourg’s prestigious concert hall Philharmonie and the Museum of Modern Art, known as MUDAM. 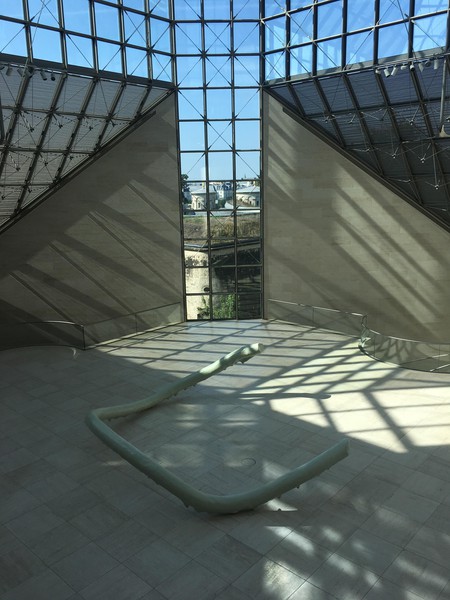 Bonnevoie is one of Luxembourg’s largest and liveliest neighbourhoods; connected to the main train station via a small bridge which you can walk over, the district lies right in the middle of the capital and is a hotspot for art, culture and food lovers. While all kinds of tourists and artists like to gather in the halls of the Rotondes, there’s also parts of Bonnevoie that offer shelter and services to the homeless, making the area a truly mixed one.

The ever-evolving Gasperich and Cessange

Despite its small size, Luxembourg keeps growing and growing: the best example for the Grand-Duchy’s constant evolution is the new Ban de Gasperich, still under construction. Right in the heart of the country’s second largest business district lies the largest shopping centre, the Cloche d’Or, in all its beauty. While the district also has some town-style areas, the new parts with their upscale modern apartment complexes were built to attract young professionals and entrepreneurs. Don’t miss the chance to taste some traditional pastries at Oberweis, one of Luxembourg’s two prestigious national bakeries.

The Art Deco chic of Belair, Limpertsberg and Merl

Belair, Limpertsberg and Merl are probably the most popular (but also the most expensive) residential areas in Luxembourg city, with maison de maître-style townhouses and villas giving the quarters an Art deco flair. Within walking distance of the centre, these classical neighbourhoods contain some of the most beautiful parks and green spaces of the country. The main event that attracts visitors here is the famous Schueberfouer, a fair at the end of summer that brings rides, treats and other delights to the city. To avoid the crowd and soak up some culture, head to the small alternative cinema Utopia or the Grand Théâtre. 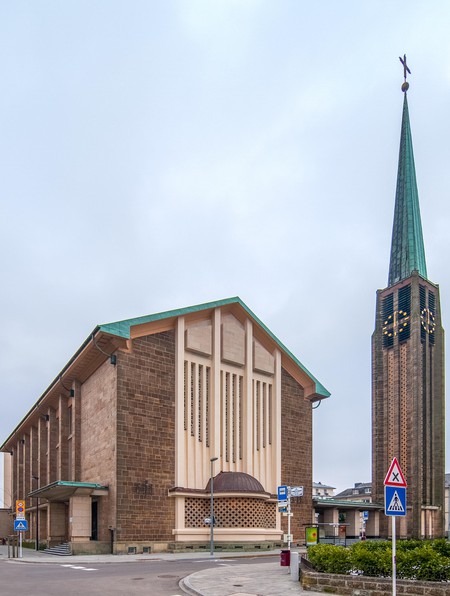 Venture out into the suburbs

About 25 minutes away from the buzzing areas of the city lie a number of smaller, mostly residential quarters. The neighbourhoods of Rollingergrund, Mühlenbach, Weimerskirch, Beggen and Dommeldange are filled with traditional Luxembourgish architecture and are a great starting point for exploring the best outdoor locations in the centre of the country, such as the forest trails in Bambësch or tennis courts at Spora.