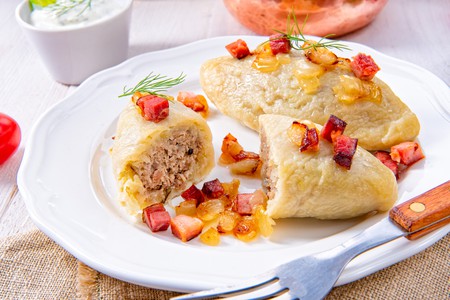 Rich, hearty and just a little bit filling, Lithuania’s famous potato dumpling, the cepelinas (plural, cepelinai), has been the cornerstone of the Baltic country’s cuisine for well over a century.

Lithuania’s national dish, cepelinai, is a delicacy that every visitor should try at least once. Made from potato dough, and typically stuffed with pork and drenched in sour cream sauce, these fist-sized dumplings are best enjoyed on chilly days and with empty stomachs, as they are anything but light. 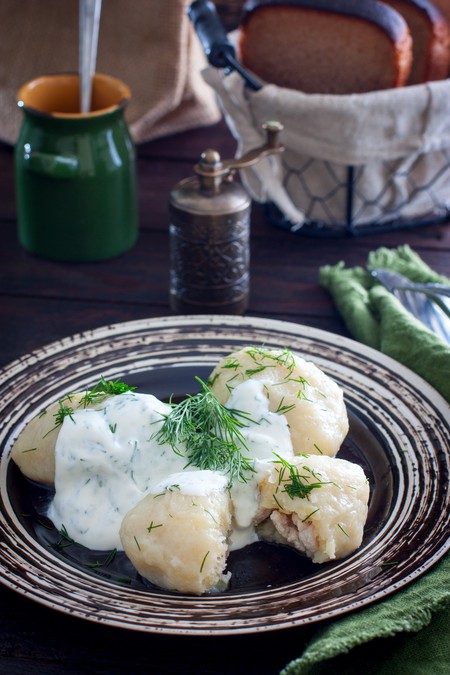 Created to feed hungry workers and provide sustenance in Lithuania’s freezing winters, cepelinai are labour-intensive to make, combining fine-grated and strained raw potatoes with riced cooked potatoes to form a resilient, starchy casing for its filling. As such, they are usually made at home to celebrate the autumn’s potato harvest, but more often than not, Lithuanians get their cepelinai from stalls and restaurants across the country.

Despite being the national dish for 150 years, cepelinai haven’t always been known under their current name. Originally called didžkukuliai, or dumb-bells, they were renamed rather modishly in honour of Count Ferdinand von Zeppelin, pioneer of the rigid airship, in 1900. Its new name was due to the cepelinai’s not-dissimilar Zeppelin shaping, although whether or not cepelinai cooks pointed the tops of their dumplings quite so much when they were named after dumb-bells has been lost to history. 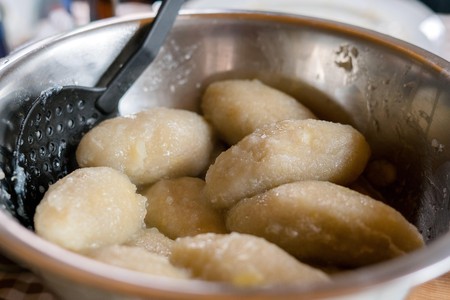 Cepelinai are notoriously tricky to make, so home cooks only attempt them on special occasions | © JaCrispy / Alamy Stock Photo

Zeppelins have, of course, fallen out of favour, but cepelinai are as popular and beloved in Lithuania as ever. Each cook puts their spin on the classic format. Some stuff their cepelinai with cheese curd, others with mushrooms. Some vary the quantity of raw-to-cooked potato, while others dress their dumplings with regular sour cream or a heavier sour cream sauce flavoured with onions and bacon. There are even gourmet cepelinai; Restaurant Telegrafas, inside the Grand Hotel Kempinski Vilnius on Cathedral Square, has been known to fill its more delicate dumplings with crayfish, before dressing them with a velvety saffron sauce. 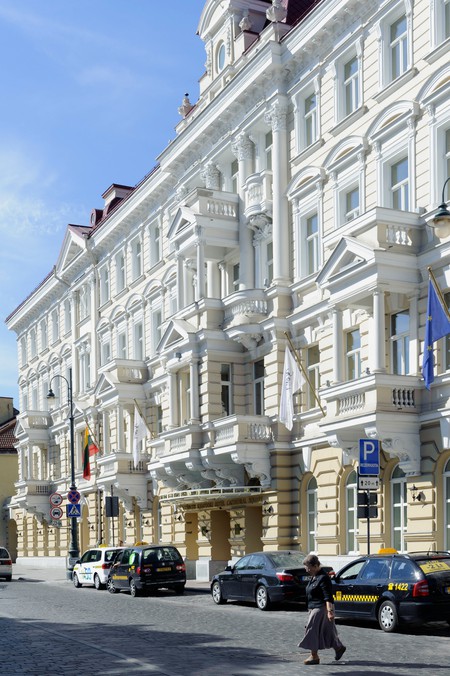 The cepelinai dish is a cornerstone of Lithuanian cuisine – a ballast against the cold and a symbol of home comfort. You will be hard-pressed to find a Lithuanian who doesn’t swear by them – but don’t just take their word for it. Sample one yourself, and find out why this humble dish has captured the hearts of so many for 150 years.