The Top 10 Things To Do And See On Lake Garda

Beautiful Lake Garda straddles three different Italian regions (Verona, Brescia, and Trentino), making it one seriously diverse place to visit. There is a wealth of activities on offer along its shores and on its waters, from paragliding to olive oil tasting. Let’s take a look at some of the best… 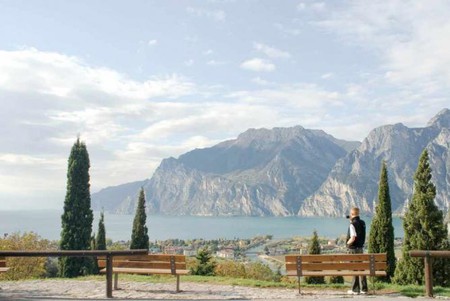 From various places on the lake it is possible to hire an experienced pilot who can guide you on a free flight over the wonderful landscapes and enchanting views of the Garda area. If you are an adventurous kind of person or if you want to steer off-the-beaten-track during your holiday to the lake, this is definitely one of the most audacious activities to indulge in. The price is usually around 130 euros per descent, with video of the flight and cable car ticket both included.

Set just back from the shores of Lake Garda, amidst a sea of undulating vineyards and rolling green hills, rustic Villa Calicantus offers up some of the region’s most accomplished wines. The philosophy here is one of deep respect for the unique terrior of northern Italy, all aimed at creating fine bottles of Bardolino with that trademark light and easy-going body. Head down to the villa for regular wine tasting sessions and guided tours of the vineyard itself. 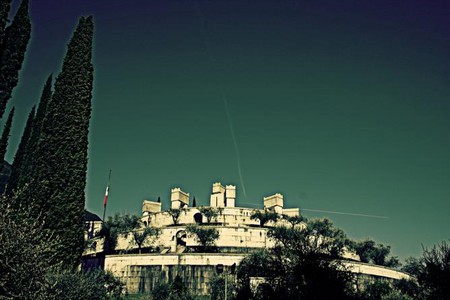 The former house of the renowned Italian poet and writer Gabriele D’Annunzio, the Vittoriale comprises a villa, a garden, an amphitheatre, a mausoleum, an auditorium, and two museums devoted to the memory of the ‘Vate’, as he is usually called in Italian literature. His desire to be remembered by posterity finds concrete ground here, as the Vittoriale definitely contributes to the tourism on Lake Garda. If you want to find out more about the controversial author of Italian literature or if you just want to take a walk through his life, letters and quotes, this is definitely the place to be!

If you have an hour to spare, there are a number of possible paths to follow either on foot or by bike which allow you to enjoy the shoreline of Lake Garda like a local. This particular route from Ciclo-Pedonale to Lazise-Bardolino is best done cycling from one village to another: it only takes an hour, and it offers some seriously breathtaking views along the way. 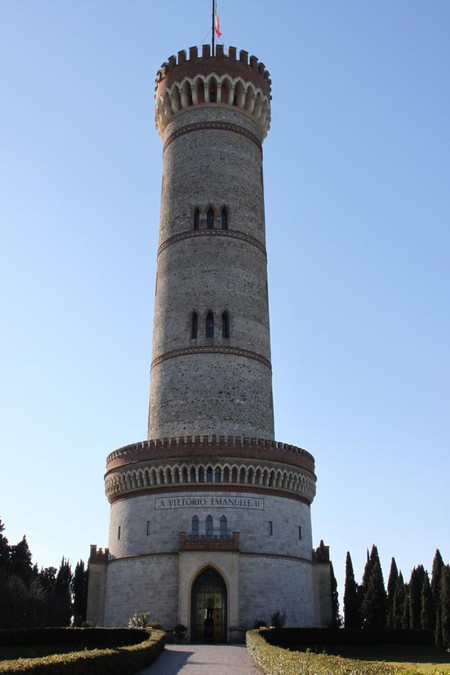 Inaugurated on 15th October 1893, this tower is a monument to Italy and Italianness and is definitely worth a visit because of its majestic stature as well as its artistic quality on the inside. It is situated in a large garden and offers a captivating view of the area. It is a monument to the ‘Risorgimento’, the period of Italian unification, and contains an array of beautiful frescoes that portray some stages of the process. Full-price tickets are only €5, with reductions for groups, elderly folk, and kids, inclusive of a visit to the nearby museum.

Gardaland is the best-known amusement park in Italy, catering to every guest’s needs and wishes with both a wide and a diverse offer of rollercoasters, restaurants, and more generally thematic areas. Expect adrenaline-pumping pieces like the appropriately-named Oblivion ride and the twisting Blue Tornado, alongside more laid-back, thought-provoking attractions like the Magic Village and the Flying Island. 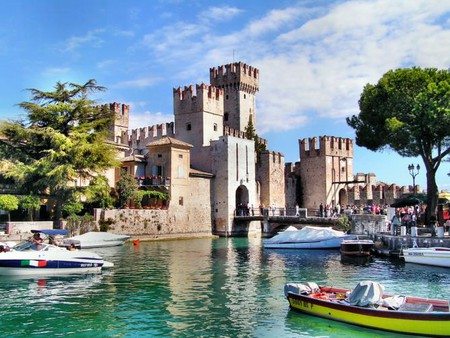 Sirmione is the only peninsula on Lake Garda and offers mesmerizing views aplenty. It is also arguably one of the most historic villages on the lake. Evidence of this can be found, for instance, in the Scaliger fortress and the Roman ruins on the far end of the peninsula, misleadingly termed ‘Grotto of Catullus’, although it neither belonged to the poet nor is it actually a grotto – it is just the remains of what probably used to be a patrician villa. Still, it’s certainly worth a visit if you want to combine some history with the local nature and indelible charm of the place.

Another unmissable aspect of Lake Garda are its spas. Many people living in the nearby cities regularly spend time in the various spas that are scattered around the lake. Whether the sun shines or snow falls, a picturesque view of the lake is exactly what matches the relaxation which only thermal baths can provide. For one of the most famous spa experiences, check out Terme di Sirmione – possibly the most renowned thermal baths on Lake Garda. 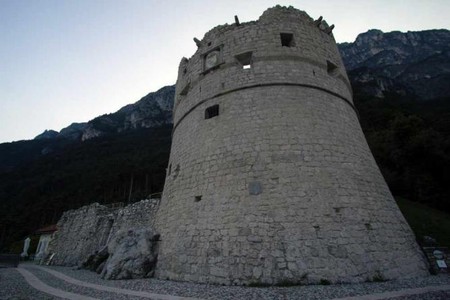 Located in Riva del Garda, on the northern end of the lake, this Bastion rises from a hilltop and offers breathtaking views of the area and the city below. The tower itself dates back to 1508, but the path leading to it is much more modern and comfortable: it is quite easy to go along the road among the greenery and woods, and not too much of a challenge even for novice hikers.

Lake Garda is known widely for the production of quality olive oil. What better place to establish a museum of olive oil, then? You cannot miss it, whether you are a connoisseur of local food culture or are simply interested in the development of olive oil farming and how it is produced. There are audio guides as well as videos tracing the evolution from Sicily during the times of ancient Greece to Lake Garda in the Roman period. Tours take approximately one hour.